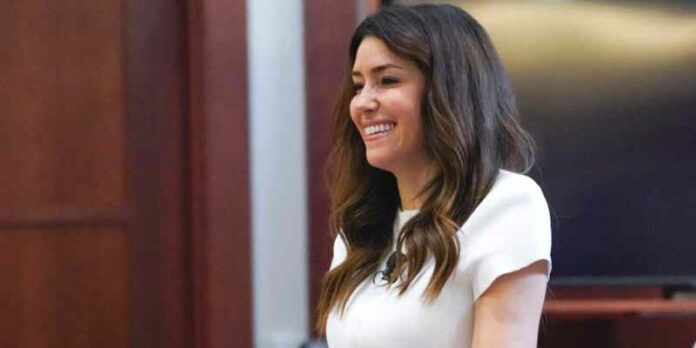 The case of Johnny Depp is one of the elongated and most talked-of cases of Hollywood recently. Just like the entire trial, the verdict also became the reason for lots of commotion in various parts of the world. However, the defamation case got to its ultimatum through the talented lawyer Camille Vasquez. After getting accused of domestic violence by his ex-wife Amber Heard, Depp decided to file a case against her. After a long period, finally, due to the excellence of his attorneys, the court finally gave the orders in his favor.

Just like the client, Camille is also in the headlines all these days. A rumor was going on regarding her relationship and secret boyfriend. Finally, the lawyer chose a good time to reveal the identity of her boyfriend in front of the public. Here we go with all such details about this mystery guy and what he does. Please keep on reading to enhance your knowledge about Vasquez and her affair.

The buzzing reports about Camille’s secret affairs made the headlines for quite some days. Hence, the public was very curious about this unknown person and they also felt confused about whether this person had any connection with the case. The speculations also indicated that Camille was having a secret affair with her client, Johnny Depp. However, whether it is true or not, is still a big question.

Recently, after the final verdict, the lawyer decided to open up about these rumors. Several videos about the two were the central reasons to give smoke to all these talks.

Finally, Camille opened up in an interview and revealed what she thinks of these latest rumors about her relationship with Johnny Depp. Depp of the Pirates of the Caribbean fame was just Camille’s client and when the attorney is a girl such things become very obvious.

According to Vasquez, she felt disappointed after coming across all the comments in different media regarding her snaps and videos with Johnny. However, she referred to Depp as one of her dear friends. Moreover, it is also true that she remained one of the loyal representatives for four-and-a-half years as an actor.

A New Revelation For The Public

Pointing to the new rumors connected with Depp, Camille denied all those comments and stated that she is already committed to someone else. This news came as a huge surprise to hundreds of people. Reports say that Camille is very happy and satisfied with her present love life with her “secret boyfriend”. After the trial of six weeks, the immensely knowledgeable attorney cleared out that every client of hers is very dear to the lawyer.

Moreover, when a case runs for such a long period, it is normal to establish a lovely bond with the entire team working on the same case. Hence, she also became very much attached to all the team members including Depp.

It is indeed pathetic to listen to all the fake things and allegations about something you have not done. Furthermore, Camille saw the broken side of Depp and how frustrated he was after getting such heinous allegations from his beloved wife. It was truly unbelievable for any husband when he was completely innocent. Thus, in her opinion, it is not at all wrong to console such a person in those moments of grief and encourage him to keep hope.

Of course, many times, she held Depp’s hands only to make him believe that the whole team was working very hard to prove his innocence. Such consolation is definitely necessary in such times for any person.

The Case Comes To An End

The unethical charge against such a responsible attorney is also not something that Camille is very happy about. In the recent interaction with the media, she also clarified this fact and stated how humiliating it was to bear such unnecessary statements which had no base. But at the same time, she also added that such behavior from the public did not come as a surprise as these things are very common in the territory. The blame game is one of the most popular things that general people can go on playing. So, it would not be right to comment on every action which the viewers did.

Camille assisted the case of Johnny along with Benjamin Chew and finally, the cumulative efforts of the team brought success. As a compensatory charge, the court declared an amount of 10 million dollars to be awarded to Depp. Amidst all the relationship confusion, this news indeed made everyone happy including Camille. But till now, she remained silent about the name of her secret boyfriend.