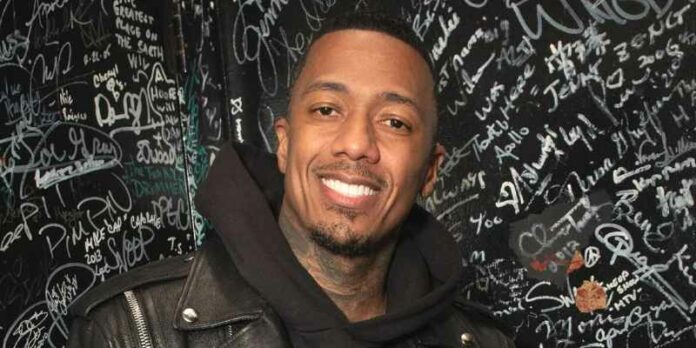 Things are now becoming spectacular as Nick Cannon is ready to welcome his ninth kid. The actor finally is making fun of himself now on this occasion. On Wednesday, he posted a video on social media in an effort to promote a special cocktail. However, his post also compelled the viewers to laugh their hearts out for the ever-growing family of the rapper.

Now coming to the cocktail, it is the innovative effort of the artist to launch the Vasectomy Cocktail of Ryan Reynold. The Aviation American Gin is the latest discovery of the actor and Nick Cannon supports the initiative greatly. To know everything about Cannon’s family expansion, please concentrate on this content.

Cannon felt very excited while shooting for the cocktail video, especially on Father’s Day. As he is ready to welcome the eighth and ninth baby, things are quite enjoyable for the remarkable host. In the video, he mentioned the advantages of his brilliant and unique cocktail of Reynold. The combination of the 45-year-old and the 41-year-old really created magic for some minutes.

Reportedly, Nick expressed his enthusiasm as Reynold made a request to him for this project. Moreover, since Father’s Day is just a few days later, Cannon felt that launching the cocktail will be the apt style to rejoicing the birth of his ninth kid. In the actor’s opinion, this cocktail is going to be the Mother of all.  Vasectomy looked really compelling and delicious as Cannon mixed the lovely ingredients.

The funny scene attracted millions when Reynold was declaring that he is the father of three, while Cannon at once uttered that it is eight in his case. After listening to this thing, Ryan just spat out the liquid from his mouth. It was really unbelievable for the actor when the rapper announced that he is expecting the ninth one in the row.

The scene is thus full of laughter and enjoyment. The delicious drink from the brand Aviation is thus a beautiful and tasty drink appropriate for any special occasion. You can catch the antics of the two superstars and the video anytime on Youtube.

Interesting Team Of Cannon And Reynold

Undoubtedly, the team of Nick Cannon and Reynold won the hearts of the viewers within seconds. At the end of the video, you will see them hug each other. During the amicable hug, Reynold complimented his friend in a funny way. He praised his smell and said that it is the reason why he is the father of eight children. On this joke, both of them laughed incessantly.

Nick also said in the video that managing so many children at once is truly a fabulous affair. It can obviously cast an overwhelming effect on the parents. Now you may be thinking what is so special about the drink? Well, the video proceeded as the rapper put all his energy in mixing lemon juice and cranberry juice into the big glass of tonic.

It looked so amazing that anyone would want to have a sip right away. In between, the fun of Reynold also made a great ambiance for the show. The video is thoroughly hilarious. Hence, watching it only once may not be enough. Within minutes, it received hundreds of views from various parts of the globe.

Cannon Considers His Kids To Be Most Important

Although many may make fun of Nick Cannon for having so many kids in this modern age, it is a great factor for the rapper. Last June brought a wonderful moment for Abby De La Rosa and her partner Cannon as the couple got the gift of twin children. However, that could not stop the excitement of the two to take more kids.

Cannon proudly announces that his life is full of joy in the company of so many kids. The names of the twins are Zillion Heir and Zion Mixolydian. The honest views from the mouth of such a reputed artist definitely capture the attention of the viewers. His way of talking is the primary factor for his immense popularity on the internet.

Nick married three times and from all the three wives he has fathered a total of eight children. Thus, the family is a huge one indeed. Of course, for normal people managing so many children in one house is a difficult affair altogether. However, Cannot never take it as a challenge.

Instead of him, his children are his life and the real reason for having the non-stop fun and energy in his life. Without the cute antics of his infants, his life would have been colorless and boring. Nick is a very responsible father and always takes care of all the wishes of his children. The 31-year-old beautiful Abby declared that she is a mother again this Friday. However, she kept it a secret whether it is a single child or twins.