Kelly Brook Is Set To Marry Her Italian Boyfriend, Jeremy Parisi, In The Coming week 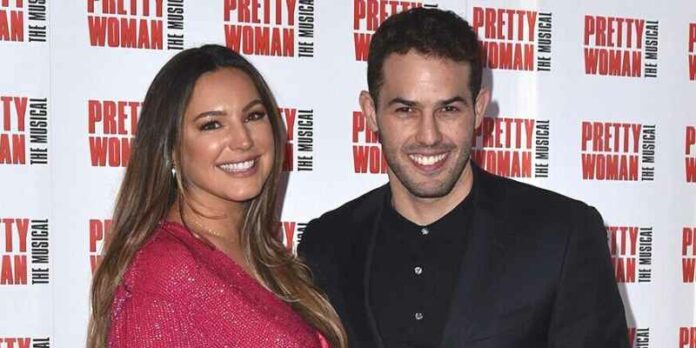 The secret marriage proposal will not be getting the legal stamp from Kelly Brook. Reports say that the actress is totally inclined toward Jeremy Parisi, her Italian boyfriend. Already, the arrangements have begun and the wedding bells will ring within some weeks for the two. After hearing such marvelous news, the fans are already wishing Brook on various social platforms.

The couple is planning to arrange the D-Day in some special venue in Italy. The destination wedding is going to be an amazing and huge affair indeed. This content contains several interesting pieces of information about the upcoming wedding ceremony and how the two chose each other as life partners.

Marriage Is Round The Corner: Kelly Brook And Jeremy Parisi To Tie The Knot In The Month Of July

Trusted resources say that Jeremy and Kelly are going to take the vows in the coming July. No confirmation is there for the date yet. People are already aware of Parisi whom Brook has been dating for quite a long time. However, the two did not give any sign of marrying through all these days. But it seems that the actress is now planning to become a bride soon. The search for the perfect venue in Italy is already on the cards. Hopefully, they will find a potential venue very soon and conduct the most important ceremony of their lives.

The story of this fantastic couple started in 2014. Kelly Brook, the 42-year-old TV artist, is a popular figure among the public for being a superb radio presenter. This girl fell for the marvelous Italian model in 2014 only by watching one of his videos online. Jeremy is 37 now and deeply in love now with the beautiful TV star. Of course, it seems that the two are not bothered about the age of society. It is confirmed now that they will be together forever soon after just a few weeks.

Planning For The Special Day

Kelly is feeling highly excited about the special day. Moreover, the couple is looking for the best venue to make the day more memorable for their and their families also. But the two got engaged in a very secret way. Reportedly, Parisi proposed to the love of his life within the four walls. However, the best thing is Brook did not take much time in accepting the proposal and readily agreed to the marriage.

According to the celebrity’s close friends, they have never seen Keely so happy before. Thus, it indicates how comfortable and confident Brook feels to be with Jeremy and share his life with him. We hope that the two tie the knot soon and be like this forever.

The fans from different parts of the globe are showering love, affection, and blessings on social media after coming across the post. For many days, the couple preferred to keep the affair a secret from the public. However, they think that this is the best time to declare their relationship as official. To give a permanent seal to it, the stars are ready to celebrate the wedding in a grand manner. But they have not released the list of guests.

Cameras caught glimpses of the two during their eager search for the venue in their home country of Jeremy. The two have planned a unique and romantic wedding ceremony with minimal family members and friends. Therefore, please do not expect too much grandeur in their marriage. As both of them prefer to keep it simple, an ideal romantic venue is what they are looking for. Kelly, along with Jeremy, decided to visit Italy this week to make all the arrangements. They chose Summer to be the time of getting married.

Jeremy and Kelly have some places on their list to organize the low-key event. Their first preference is Rome, the capital city of Italy and a marvelous place for a lovely day. George Clooney and his wife are suggesting Lake Como be an ideal venue for the wedding. However, they also have a plan for Tuscany.

April’s pictures did not go unnoticed by most followers of Kelly, as she posted a simple picture with one of her friends, Lucy Horobin. Her ring finger was looking gorgeous with the shining piece of jewelry. It gave an obvious indication of engagement. But the famous personality did not confirm anything till May. The striking gem enhanced her looks a lot and she never hesitated to flaunt the same.

The only thing was that her smile did not reveal anything clearly to the public. After all, Kelly was waiting for the perfect time to announce her relationship. Meeting Jeremy is likely to be the best thing that ever happened in her life. So Kelly is super excited about everything and wants only her close friends and a few relatives to join her on the special occasion.

The two came across each other on Instagram and got involved within a few days. Finally, Jeremy came to Kent to live with Kelly and give a new start to their lives. Brook also refers to her fiance as her best friend and feels very happy indeed to be with him