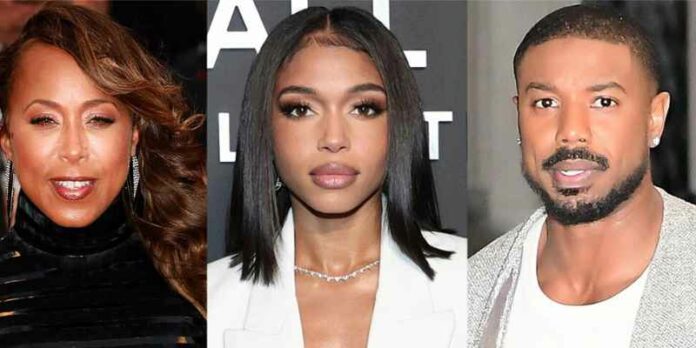 The split between Lori Harvey and Michael B. Jordan seems to have cast a deep impact on Harvey’s mother also. In one of the recent posts, her words were cryptic. It is indicating that she has full support for her daughter. It was a video message which clearly implied that Mrs. Harvey did not approve of Jordan towards her girl.

Marjorie Harvey, the mother of superstar Lori Harvey and wife of Steve Harvey, is a fashion diva by profession. The 57-year-old lady remains very active on her Instagram handle and never hesitates to raise her voice against what is wrong. The same impression is noticed in Lori’s breakup after having a steady affair for one year. If you wish to learn more about this amazing news, please read this content.

Lori Harvey And Michael Break Up After A Year!! Support For The Heart-Broken Daughter

Lori Harvey is totally shattered after her breakup with Michael Jordan. Within two days of this split, the actress’s mother commented on one of her Instagram stories of Jennifer Lewis. Lewis wrote on her handle on 6th June, using some foul words. Although the direct link for any subject is not clear from the post, some understood that it addressed the recent breakup of Lori and Michael.

However, after coming across this post, Lori Harvey’s mom could not stop herself from giving a cryptic comment. The clip of Lewis was only for six seconds but was enough to arouse interest among the viewers.

Marjorie was very clear about the split of her daughter which began in November 2020 as she reposted the video of Jennifer, but with a twist. Trusted sources confirmed this news on 4th June and also stated the two still have some feelings left for each other. Although they called it over, both Jordan and Harvey could not overcome the grief after the split. However, due to some unavoidable reasons, they could not continue to be together.

Michael Is Free To Come In The Public

Although reportedly Jordan is suffering from the split, he is still free to come out and enjoy being in the public. Furthermore, the recent image of the Creed star with Cordae also caught the attention of the viewers. It was for the San Francisco NBA Finals. It seems that he loves this game very much and found it enjoyable with the rapper companion. But he was quite silent throughout the match and did not cheer much as expected. So, his usual self was missing on that day and everyone could notice how disturbed he was after parting ways with Lori.

On the other hand, Lori’s Instagram handle was full of sexy pictures. Her selfies made the hearts of many beat faster. It seems that the celebrity is trying to forget her past and move ahead in life. However, there is no trace of Michael on any of her social media handles.

Support for Lori was 1000 percent from her stepfather Steve. He shared a meme on the Twitter account and thanked the Almighty for making his beloved daughter free from a bitter relationship. He even confirmed his side for Lori through his post on 6th June 2022 and shared the news of the breakup of the Dream Team actor with the renowned model of Hollywood.

Additionally, Steve wrote a note in support of his post to acknowledge that what happened, happened only for good in the long term for both the parties. Hence, instead of being upset, they should look forward to more opportunities coming into their lives.

Through the video, Jennifer Lewis made the audience understand that the smell of shit also stops bothering you if you sit on it for a long time. Hence, you need to come out quickly. Marjorie Harvey understood the inner meaning of this post and reposted the same just after the two days of the incident with her girl. Like Lori, she also could not digest the fact that the couple had parted their ways, even after having such a great bond. Hence, to her, this post was apt for the situation.

Steve also commented on social media that the two ended the one-year-old relationship on friendly terms. Although it will not be very easy to forget everything so easily, sometimes some relationships are better to end on time for the bigger good.

The Steve Harvey Morning Show host also gave a warning that he is not bothered about the activities of anyone until and unless that affects the life of his daughter. So, such words indicate how much he is concerned about Lori and her well-being. Such reaction amidst the breakup scenario is quite normal from the side of any responsible father.