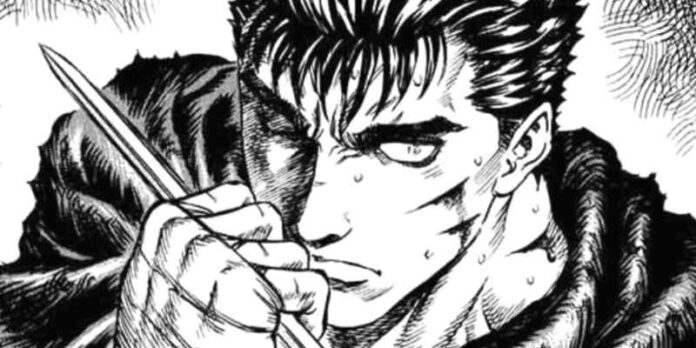 Berserk Manga is going to please the comic lovers once again with Young Animal’s 13th issue. This is a famous manga series by Kentarou Miura. However, with his death, the fans were very disheartened that they will not get the interesting plots of Berserk Manga again. However, to everyone’s surprise, the assistants of the late artist revealed that the era of manga is not over yet. Although the great creator will no longer be there, the comics will continue to impress the readers.

Hakusensha is popular for the brilliant magazine named Young Animal. Its comics are indeed very exciting and occupy a special position in the reader’s heart. One such mesmerizing and action-filled series is Berserk Manga. When the readers were uncertain whether they would be able to read it again or not, the editing department of the magazine released them from all the doubts.

This content will tell you about this amazing news that will bring an instant smile to your lips. Be prepared for the overwhelming journey with all the brand new plots of Berserk Manga.

On 24th June, the 13th issue of the magazine will be published. As per the editorial team, the readers will get the brand new version of Berserk Manga in this incredible edition. If you like to check the whole announcement in this respect, the English version is readily available online. Furthermore, the comments from Mori will also be there.

In this upcoming Berserk Manga series, you will get six chapters initially. After that, a new arc will take you to another world of fantasy and excitement. Thus, the new comic will be a great combination of three masters.

Of course, there is no match for Kentarou Miura. Along with that, Studio Gaga will make the animated characters more lively by making some special additions to the original work. Kouji Mori will supervise the whole project to bring an ideal comic in front of the public. Are you ready to witness a great fusion of the old and the new? You will receive a completely different taste after reading the new issue of Young Animal.

Do not think that you will not get the original words of Miura. The Young Animal’s editing department has promised that they do not have any intention to deviate from the original words. Rather, they only want to add some modern touch and look to make the comics more attractive and comprehensive. The vibrant backgrounds and interesting drawings will leave a compelling effect on all the readers.

Studio Gaga is the personal studio of Miura. When he was alive, this was the place where he worked with all his assistants and apprentices on Berserk Manga. Therefore, the whole team knows a lot about this incredible Manga series. Hence, you can relieve the plots under the talented assistants of the creator.

As per the supervisor Mori, he is well-acquainted with the entire story of Berserk Manga. Therefore, he will not have any problem presenting the same to the readers till the end. The drawing of the one-shot manga last year, for the previous issue of Young Animal, implied how close he was to Miura. Moreover, in one of the interviews, he also revealed that the two friends discussed the ending of the series together.

Planning Of The End Part

The story will take a leap of 30 years after the iconic Eclipse. However, in the middle of the discussion, unfortunately, Miura expired leaving everything on their shoulders of Mori. At first, he felt very helpless and wanted to discuss the ending with the media. Furthermore, his wishlist also contained the company of some brilliant illustrations to make the plot more intriguing. But to him, none of the methods was sufficient enough to portray the conclusion as they planned.

Amidst this confusion, he received the offer from the assistants of the great artist. At once, Mori did not think twice to accept the offer from Studio Gaga. After all, it bore the memories of his beloved creator. Mori also promised that he would tell the story just as Miura dictated to him, without changing the original plot. But of course, since the creator himself is not alive, there will remain some imperfections in the story-telling.

However, he assured the readers by saying that he will try to recall everything that Kentarou wanted to show in the story. In the coming November, the issue will come out under the banner of Dark Horse Comics. It is going to be the 41st volume of this Manga series. The comics that became a part of life for hundreds of readers since 1988, will finally come to the conclusion this year. Let us see how beautifully Mori and Studio Gaga fulfill the dream of Miura.

The Book Eating Magician Chapter 46 Release Date: Who Will Win The Match?