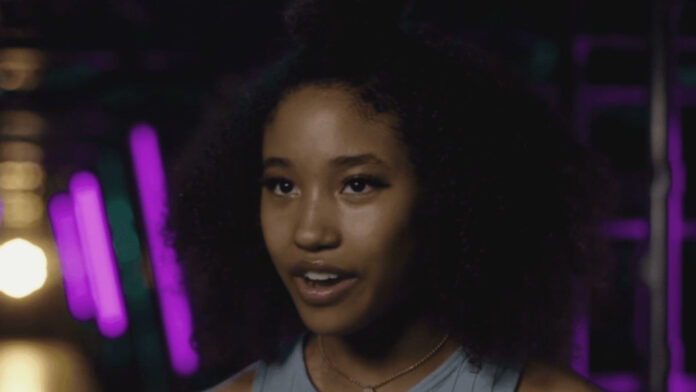 Tyra Haynes Polke became a household name after the reality show dancing with myself was aired. Dancing with myself premiered, and it is not a typical dancing reality program. This is one of the unique kinds of dancing competition in which the journey begins with 12 amateur dancers. But it is important to mention that the winning of Tyra marks the culmination of this journey. She has proved herself to be a spectacular dancer who has left anybody spellbound by the amazing dancing no other candidate could ever have in themselves.

This amazing dancing competition show increased the number of participants to 96 over the journey of 8 weeks. Every week 12 candidates had to battle for a sum of 25000 Dollars. The title of the best dancer of the night was distributed among these 12 candidates, and the person getting the same was responsible for entering the next phase of the journey. This was one of the most amazing shows that were unique and different in its approach in the first place.

The show achieved its inspiration from the Tiktok-based dancing friends. It is not that random show which can depict favoritism and Nepotism. The show’s creators have made sure that the show remains unbiased to the maximum possible extent. This has been one of the most amazing experiences that have been associated with the show. All of this has confirmed Tyra’s win to be a bigger event.

Format Of The Show

The developers of this show include famous personalities like Shakira. The main intention behind the show’s development was to bring in front of the world some raw dancing talent that could be in the position to change the Dynamics of dancing. The candidates who were a part of this amazing show never failed to amaze the judges and the audience.

The performances were always power-packed, and it was difficult for the judges to choose one. According to some sources, everybody wonders about the level of energy and effort that Tyra might have put in to achieve this title that no other contestant was able to win.

After discussing the achievement that this little girl has made, it is important to know something about her personal life. She is a 16-year-old High School Junior from California. She is considered the youngest participant in the famous dancing reality show dancing with me. Not only this, but also she has added additional feathers to her cap. She has been the first person to have achieved the target of winning 25000 dollars as cash.

She belongs to a low-income family and has always been responsible for learning these skills from every little source she could manage. Dance is her life, and she has tried her best to achieve whatever she wants. Even at this stage of the dancing show, she was able to bring her intentions and desires to the table by stating that she wanted to take her family out on vacation to be in a position to enjoy and develop themselves with the prize money. Most of the judges were moved by the level of maturity that this tiny woman could exhibit.

She was one of the most amazing participants in the reality show. Her contemporary dance style was freestyle. She has always been impressed by the studio audience, and she always had the potential to take up the challenge at any time. The show’s format calls for a different type of round every week. After the performance, it becomes important to mention that the public voting takes place, and the audience casts the votes for the favorite candidate. The candidate who receives the lowest vote is eliminated, and the one who will receive the highest votes is saved. Tyra has been in the position to take the highest amount of both every time because he was able to impress the audience with her amazing skills.

She was one of the most eligible candidates who were able to impress many audiences over the period with her mind-blowing performance. Sometimes she used to perform all by herself, while at other points in time, they participated with other contestants in groups. But despite the number of the people she was dancing with, she was always in the position to leave a mark on the people.