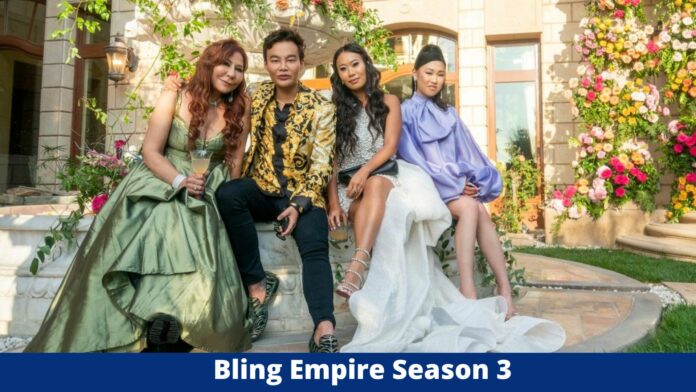 Now available are all eight episodes of Season 2 of Bling Empire, as well as the season finale. Typically, the finale of a television season leaves viewers with a sense of, well, finality. Fans searching for a climax to the drama among the wealthiest Asian and Asian-American socialites in Los Angeles were left with more questions than answers at the conclusion of Season 2 of Bling Empire. Fans will have to wait until Bling Empire Season 3 to receive answers to their pressing Bling Empire queries.

The conclusion of Season 2 of Bling Empire was the ultimate cliffhanger. After a whole season of Christine Chiu and Anna Shay maintaining the animosity they began in Season 1, they unexpectedly reached a standstill. As they sat across from one another and discussed their problems, they concluded that Kane Lim had been the source of most of their trouble by spreading rumors. Christine and Anna decided to confront Kane as a team at the end of the second season. There was one more surprise at the very end of Season 2’s conclusion if that isn’t enough to hook viewers for next season. Kelly Mi Li’s ex-boyfriend, Andrew Gray, showed up unexpectedly at Anna’s door, leading admirers to speculate about the significance of his appearance.

Here is what we know about a possible release date of Bling Empire Season 3 and what it may entail for the actors.

Unfortunately, as the release date for the third season of Bling Empire has not yet been announced, there is no information available. But the second installment was released less than a year after its announcement, so here’s hoping for a summer 2023 release date?

The second season of the popular Netflix drama finished with several cliffhangers, including the truth regarding whether Jessey Lee had an affair with Cherie Chan at the beginning of their relationship, the growing romance between Kim Lee and Kevin Kreider, and Wang’s huge relocation to New York City.

“Many friendships are severed,” Wang informs us, adding that the third season would “probably” launch “around the end of the summer.”

Lee, 33, who has been on the program since its first season, appeared to confirm this timeline by replying “very soon” on Instagram in response to a fan’s question about when Season 3 will premiere.

Despite the series’ success, its future may not be certain, since continuing turmoil may prevent the production of more seasons. According to People, one of the show’s actresses, Kelly Mi Li, accused executive producer Jeff Jenkins of stealing her idea for Bling Empire in late April. Li asserts in the complaint that she approached Jenkins about her concept for a reality program about affluent Asian Americans living in Los Angeles as early as 2018. Jenkins had no response to the story.

Li also claimed that she and Jenkins collaborated closely for months to develop Bling Empire, which “led to the successful selling of the” program, according to People. She asserts that Jenkins and his production firm “acquired and exploited Plaintiff Li’s idea and contents and engaged in binding contracts.” Li desires to be acknowledged, compensated, and treated as an executive producer for Bling Empire.

The type of turmoil that may cause a breach between cast, crew, and production is likely not what the streaming service is looking for. Ideally, all creative parties’ requirements can be satisfied, and Netflix can focus more on on-screen drama than behind-the-scenes disputes. Fans must wait to see how the case plays out and whether or not it affects Season 3 possibilities.

What will occur in Bling Empire Season 3?

The third season has a lot to digest, beginning with Kevin and Kim’s on-again, off-again romance.

After pursuing her during the second season, Kevin found himself on unstable ground, worrying that the party girl may endanger his almost six-year sobriety. Kim was also unable to overcome her trust difficulties; she even had Kevin undergo a lie detector exam.

Then there’s Kane, whose penchant for gossip has gotten him into trouble not just with Kevin throughout the season, but also with Anna and Christine.

Kane then reported back to Anna on Christine’s assertions that she’d heard Anna planned to ‘terminate’ her. Despite the fact that it originally added fuel to an already tense relationship, Anna eventually listened to Christine and really sympathized with the notion that she was only voicing her anxieties while already in a vulnerable position.

Anna’s day was ruined by the reappearance of Drew, Kelly’s poisonous ex-boyfriend from the previous season, just as they were about to confront Kane together and put a stop to the situation for good.

By bringing flowers to Anna’s home, he appears to be attempting to get into someone’s good graces. However, why?

Who is Anna from Bling Empire?

Anna Shay is the wealthiest cast member of Bling Empire, with a claimed net worth of $600 million. Anna said after the first season that she did not pay her cheques from Netflix because she “didn’t know what to do with the money.”

The producers have not published a trailer for Season 3 of Bling Empire. It should be released by the end of the year. Until then, you can view the Season 2 trailer below.

Rotten Tomatoes reports a 90% approval rating based on 10 reviews for the first season, with an average rating of 6.7/10. The consensus of the website’s critics states, “Bling Empire may be another celebration of extravagant riches, but the reality show’s Asian American cast adds a fascinating element of cultural celebration.”

Diane Gordon of TV Guide said that the television series was more than the “grotesque wealth” that it portrayed since the cast included interesting people, some of whom were discovering their identities.