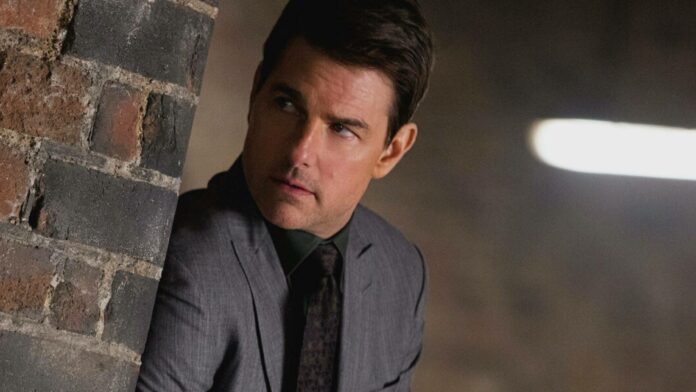 Mission Impossible- the name itself is enough to grab the attention of the audience. Of course, there are immense reasons why such a picture does not need any introduction. The return of Tom Cruise holding the hands of the next movie in the series is going to be highly impressive for all the Cruise fans. No one can justify the role of Ethan Hunt other than Tom in Mission Impossible 7. The title of this movie is going to be Mission: Impossible – Dead Reckoning Part One.

The Title Of This Movie Is Going To Be Mission

This action franchise will come with lots of new stunts and adventures that you have been waiting for for so long. Catch the trailer of Part 7 today and fix your date for the watch. Tom Cruise and his team will not disappoint you even a bit as they make an impossible mission absolutely possible.

Here, get every detail about the upcoming movie, its star cast, and the amazing trailer. The action-packed sequences will make you sit in a glued position in front of the screen.

Trailer With Full Of Energy

When it is Mission Impossible, energy will be the top-most thing that you will notice. The activities of the American agent, Hunt will ensure that you have a thrilling three hours. This time, you can watch lots of sequences at The Vatican and also in Vietnam. So, with the new locations, the drama and fights will also be new. Moreover, Ethan will hunt down the villain with more strength and save the entire mission. The Mission Impossible Force will not keep anything unturned to fight against the evil forces.

The marvelous trailer shows a fabulous dialogue from the mouth of Eugene Kittridege that the days of defeating the evil are now over for Hunt and the whole Force. This time, they will have to surrender in front of the powerful forces and confront death. But of course, as usual, our beloved Hunt is not at all tense after hearing all these remarks. He is pretty confident and says that for centuries their main aim

will be to make people aware of right and wrong. Hence, the fight will not end so soon.

He also added in this respect that when someone fights for a cause, he must not forget the ideology and continue fighting till the end. From these words, we can obviously understand the side that this brave agent is supporting and what he wishes to do next.

Short Trailer With A Deep Message

Just imagine, if the trailer is so power-packed how intriguing will the actual movie be! Undoubtedly, every person gave their best in this installment too. Hence, it will surely be a must-watch for the fans. The trailer came out only a few days back and is gaining millions of views on social networking sites.

It seems that people are going for the subsequent movie of Mission Impossible. The clip is only of a two-minute duration. However, this small video covered the real essence of the movie. Please do not miss such a fabulous plot at any cost and admire the mesmerizing performance of Tom Cruise.

From the trailer, you will notice that the new movie will come with several unknown characters. Such new additions will definitely give a new dimension to the story. However, the old characters will be played by the same people only. Hence, your favorite stars are going to come on the screen again with some incredible performances.

Don’t you want to know the cast of the new franchise of Mission Impossible? Letus give you some of the names who will be ruling the screens after some days. If you notice the trailer, you will see that the recurring characters are already present. Thus, your heart will certainly leap with joy. The common artists include;-

But as stated earlier, many new characters will make the watch gripping. The talented cast who will be playing these amazing roles are;-

Every artist will open up in a unique style in front of you. But the best part is that Tom Cruise will be ready to be the ruler of the movie again. The breathtaking backgrounds are one of the most striking features of Mission Impossible 7. So, please wait for the final release and expect a bunch of surprises. Your favorite movie is going to entertain you thoroughly with some new incidents and plots. The fights will be more intense, combined with the same amount of drama and emotions. Find out how the entire Force fights back and wins over the evil. Agent Hunt’s adventures will touch your heart once again and make you watch the scenes again and again.