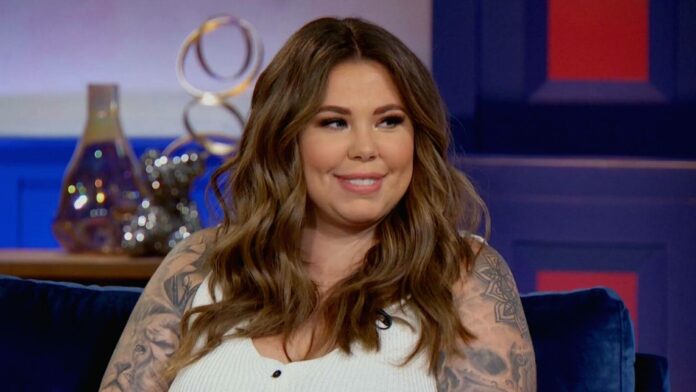 After 11 long years, finally, Kailyn Lowry is ready to bid goodbye to Teen Mom 2. She is very happy with the progress and popularity of the show but wants to try her luck in other endeavors as well.

The Actress Confirmed The News On Tuesday

The actress confirmed the news on Tuesday. The occasion was the reunion of Season 11 of this remarkable show. Lowry, 30, made an announcement during the event that she would no longer be a part of the show.

On being asked on the set, Kailyn spoke about her future plans to the show hosts.

Catch the details of the Reunion and Lowry’s words over here.

Lowry firmly declared during the reunion session of Teen Mom 2 that it is the right time to part ways from Teen Mom. Of course, the show gave her lots of names and fame. However, it is 11 years already and she wants to explore her skills in different other roles. Hence, it will be better to finally “move on”.

A farewell must have a correct time. So, it will also be the appropriate time to give farewell to Lowry from the team of Teen Mom. The show’s crew and cast members are already upset about the news but they have also wished good luck to all the future ventures of the outstanding artist.

In one of the Instagram posts from the Teen Mom team, we can see that they have posted the video of confirmation from the mouth of the actress herself. Furthermore, they also notified in the caption that along with revealing a part of her story to leave the show, she also stated something about her love life. Doesn’t that sound thoroughly interesting? Let us take a glance at that video and determine how Kailyn is doing in her life now.

Revelation Of The MTV Star

Teen Mom is one of the most talked-about shows coming on MTV. Moreover, nowadays, people are also praising the shows by watching them online too. Within days, the popularity of the show reached its highest peak success. It is 11 years now and the characters are just incredible.

But the one who stole the attention of most audiences is Kailyn Lowry. She has been an inseparable part of the show for all these years and gave her best in every scene. Hence, it is really impossible to think about Teen Mom 2 without her. But everyone must move with the changes coming. So, the makers of Teen Mom will also think about a modification in the storyline with the exit of Kailyn Lowry from the show.

The MTV superstar won the hearts of the viewers with the series 16 and Pregnant. After that, she joined the ream of Teen Mom 2 whose telecast started in 2011. Her role has been truly significant for the grand success of the show for these eleven long years. MTV finally decided to begin a new journey of the show with a new title and plot.

According to last week’s announcement, a new chapter of Teen Mom is going to launch soon. For the cast, the makers have planned a merge of all the casts of Teen Mom 2 and Teen Mom OG. The fans of the show will surely feel very excited after getting this news. The finalized title of the show is Teen Mom: The Next Chapter. Hence, it is going to be the third installment of the highly gripping MTV series.

The storyline will reflect how the moms bond with each other to deal with various situations. Moreover, the audience will get to see such an intriguing plot in this show for the first time. Parenthood begins a new phase in everyone’s life and one should celebrate the moment. But along with happiness, new responsibilities also become a part of life. The story of Teen Mom focuses on the struggles of the moms and how they overcome the same.

At the beginning of the new chapter, you will get to know the relationships between all the moms of the earlier two parts. As per the official description, the concepts of adulting and parenting will become more prominent.

It is highly exciting to watch the amazing chitchats between the cast of Teen Mom 2 in the recent Reunion. However, only the first part has been telecasted so far. You will be overwhelmed to know that another part will be coming to your screens very soon. The release date for Reunion Part 2 is this coming Tuesday. So, be prepared to acknowledge the marvelous chatting session of your favorite stars and enjoy the secrets they reveal.