Why Does Kanye West Return To Social Media A Day Before His Wedding Anniversary? 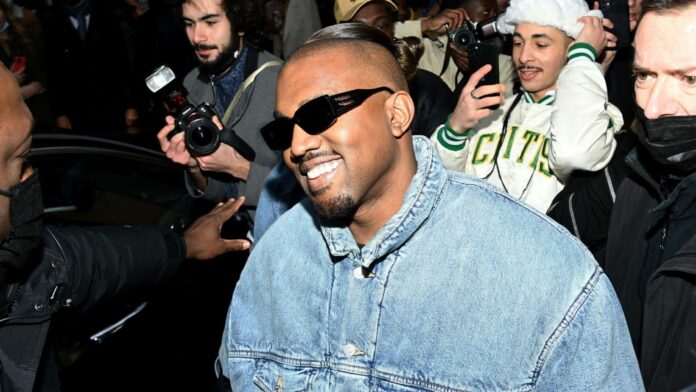 Kanye West decided to surprise all his fans on the eve of his wedding anniversary with Kim Kardashian, his ex-wife. He disappeared for some days from social media. But, finally, after this break, he chose the eve of his special day to show something exciting to the Instagram family. It is all about Kanye’s recent collaboration with one of the biggest food brands, McDonald’s.

This article shares all the information about this exciting collaboration and how West made it public on the social platform.

Last Monday, West made a confirmed declaration through an Instagram post and finally broke his silence after separation from his ex-wife. This big announcement read a unique collaboration with McDonald’s, the world-famous food giant. His post indicated that there is going to be a significant change in the packaging of McDonald’s. Furthermore, Kanye also mentioned that he is more than happy to team up with the legendary Naoto Fukasawa for industrial designing purposes. Thus, the packets of McDonald’s will get a new appearance now through the capable hands of West and his team’s efforts.

Along with the caption, West also posted an image of a square box, brown in color, with the logo of McDonald’s. Undoubtedly, by the declaration of this new venture, Kanye has aroused interest in the minds of millions of fans. It is also predicted that such a step can increase the sales of McDonald’s also to a great deal. Moreover, the box looked like a hamburger, which definitely indicated the food products’ stylish packaging. The 41-year-old is all set to take the packaging industry to a new level with the fantastic collaborative initiative.

Another social media post of the celebrity read that It is the fries for Next Week and a lovely image again. So, it is clear that the promotional campaign through social media is going in the right direction. Within only three hours, Kanye’s page filled up with hundreds of messages from his fans. The quick response to his innovative posts made people question the actual initiative.

The number of likes even reached Nine lakhs in this short time only. Around 13,000 is Kanye’s total number of replies, proving how much people love him and his ventures. This is undoubtedly an overwhelming moment for the star. We hope that this new collaboration brings good luck and prosperity to Kanye.

In 2014, Kanye tied the knot with the Kardashian sister Kim. After seven years, they decided to part ways in 2021. The couple has four children. According to the reports, just after their divorce, Pete Davidson became her rumored boyfriend of Kim. In the Balenciaga Fashion Show, the famous rapper appeared in a stunning black oversized t-shirt. Many found it strange as Kanye previously supported Kim to be a part of this brand’s campaign.

But to everyone’s surprise, Kanye West avoided any interaction at the event. Moreover, he even covered his head with a black hoodie and came in a loose black jacket. It was awkward to watch such a famous rapper in these casual clothes. However, many felt that it was a way of gaining attention without direct interaction.

Initially, along with the ill-fitted leather jacket, hoodie, and sports t-shirt, he paired the looks with heavy black boots and black jeans. The whole attire was very out of place, and people got confused about such a get-up of the West. Moreover, he was also reluctant to keep the boots on his feet for long. Eventually, he changed the footwear and finally got into leather slippers. The transformation indicated that the rapper was feeling heartbroken after his divorce from Kim. Moreover, it seems that the news of Kim dating a 13 years younger guy affected the star immensely. Fans predict that this might be the cause for not getting social for a long time.

Remarks Of The Friends

After West gave the news of a collaboration with Mcdonald’s on the social media page, people instantly started commenting on the venture. Be it common mam or the celebrities; no one missed the chance to write their remarks on the issue.

According to the opinion of an ordinary user, it has already been starving for three months. Now, after that, they are going to have McDonald’s. Thomas Iannucci, another popular rapper, commented that He is back. However, he exclaimed with a LOL that he was not expecting such a comeback from West with only a McDonald’s Instagram post.

On the other hand, Lil Boom, the incredible musician, asked to bring the mighty wings back, thus encouraging the outstanding rapper in his new effort.