Joey Defrancesco, the munificent Jazz Organist, saxophonist, and trumpeter of America died on...
HomeEntertainmentIs the Chi...

Is the Chi Season 5 Release Date Confirmed? Updates So Far! 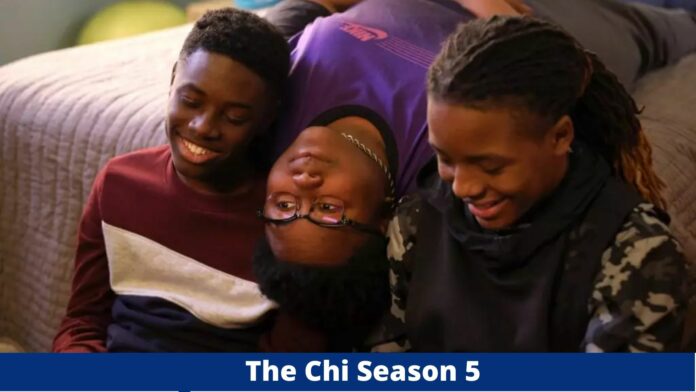 The Chi is an American drama television series produced by Lena Waithe about a South Side Chicago neighborhood. The director of the pilot was Rick Famuyiwa. The series made its debut on Showtime on January 7, 2018. After the completion of the fourth season in August 2021, it was revealed that the series had been renewed for a fifth season, which will premiere on June 24, 2022.

The coming-of-age narrative, filmed in Chicago and produced by 20th Television, focuses on a group of South Side citizens who are linked by happenstance but united by the quest for connection and atonement. After Jake (Epps) had a fatal run-in with a group of police, Season 4 highlighted the positives and difficulties of community policing on the South Side.

The Chi’s fourth season concluded as one of Showtime’s most-streamed shows ever, with an average of 4.2 million viewers each week.

“We’re very pleased to be in our fifth season, and we’re so appreciative to the fans that support us and spread the word about The Chi,” Waithe added. “We are incredibly appreciative to our supporters and hope that everyone enjoys the forthcoming season.”

The first episode of Season 5 of The Chi will premiere on streaming and on-demand for all Showtime subscribers on Friday, June 24. The second episode of the sitcom will then premiere on Sunday, June 26 at 9 p.m. ET/PT. The Chi Season 5 is now one of the most popular television shows even before it premieres.

In addition to the announcement that the release date for Season 5 of Chi will soon be announced, we also learned that numerous cast members will be returning.

This season will see the return of Nia Jervier, Carolyn Michelle Smith, L’lerrét Jazelle, and Antonyah Allen. Jewel Coronel has also been elevated from co-executive producer to executive producer.

According to reports, Allen will portray Simone, a female who shares Kevin’s school experience and supports him in acquiring new information.

Jazelle will portray Fatima, a journalist who is driven to seek the truth about a specific topic. Jervier will play Tierra, who is Douda’s niece, and she will assist him in his quest to reinvent himself. Finally, Smith will play Shaad’s prospective romantic interest, Deja.

Plot for Season 5 of The Chi:

At the end of the season, Tiffany is still undecided between Emmett and Dante, so he decides to move on. Tiffany meets Rob and kisses him after choosing Emmett first.

Trig acquires video footage of Douda hitting Marcus in order to convince the mayor to abandon the city. While he is on vacation, it appears that Roselyn is the acting mayor. In the fourth season, Christian and Keisha’s relationship is also formalized.

The fifth season will be packed with surprise plot twists. Douda and Trig may appear in a subsequent season. Tiffany’s relationship with Rob is anticipated to create Emmett’s troubles in the near future. Jada’s most recent tests were negative, indicating that she is on the cusp of a new chapter following her final chemo session.

Season 5 will largely examine how the people of the neighborhood might work together to defend themselves. The most popular show on Showtime has been compared to ‘The Wire’ due to its relevance and authenticity.

Where Can I Watch the Chi Series?

On the review aggregation website Rotten Tomatoes, the first season has a “fresh” approval rating of 87% based on 47 reviews, with an average rating of 7.47/10. The critical consensus on the website states, “Like an optimistic companion to The Wire, The Chi tackles the complexity of life on the South Side of Chicago with a kind touch and an evident compassion for its compelling people.” The season has a weighted average score of 73 out of 100 on Metacritic, based on the opinions of 22 reviewers, indicating “generally good reviews.”