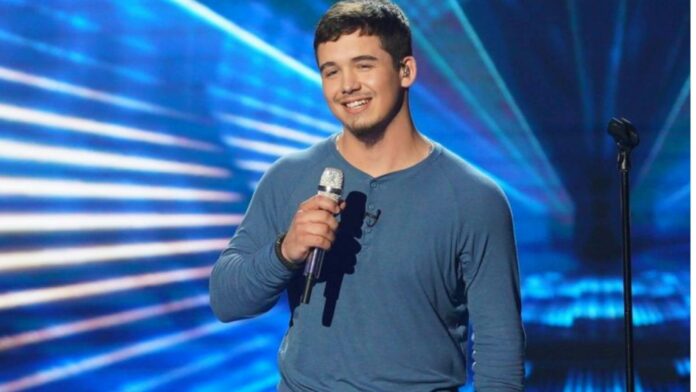 Recently, the results of American Idol 2022 came in front of the audience. It is delightful to watch Noah Thompson bag the winner’s trophy. Moreover, the result was reasonably expected as per the trend of the 20th season. But several contradictory issues arose after the declaration of the results. While one section of the audience feels the decision is correct, another section opposes it. So, the most significant question that arises now is whether the voters are right in giving the crown of American Idol 2022 to Noah Thompson.

The show aired on the ABC channel on 22nd May. The duration of the season finale was three hours. Apart from Noah, the positions of the runner-up were occupied by Hunter Girl and Leah Marlene. It was an overwhelming moment for Thompson and her fans, who surpassed both the singers and grabbed one of the prestigious awards.

American Idol is one of the most talked-about musical reality shows right now. The audience witnessed the live show of the finale episode on Sunday.

The excitement reached a height when the three finalists stood on the stage, awaiting the final results. It was a rejoicing moment when Ryan Seacrest declared Noah Thompson the American Idol 2022. Before this declaration, the audience enjoyed several performances on the singing show. The best part was that the show came live. The contestants and the guest artists performed brilliantly on this Big Day.

The primary reason for Noah’s win was the real-time votes from the audience. According to the show’s rules, the final decision belongs to the viewers only. Therefore, after the judges choose the best participants for the final round, they leave the winner’s name to be declared from the voting results. After coming to the finals, there were rains of audience votes for Noah. Hence, the final trophy went to the hands of Thompson. The live show thus became a celebrated video for millions of people watching the competition on different media.

The celebrities who became the stars of the American Idol Grand Finale round included;-

Thus, the incredible songs of the individual artists and bands kept the show on a high note.

The finale performance of Noah was beyond comparison on this day. His hit numbers included One Day Tonight and On Fire. However, he received the maximum appreciation for the second song, On Fire, originally sung by Bruce Springsteen. The rendition was mesmerizing and impressed the judges very much also. Thus, there is no doubt that this performance simplified Thompson’s path to be the winner.

The singing sensation showed his incredible talent in the auditions only. Moreover, he successfully passed every challenge while going up in every round. With his beautiful voice, Thompson became the heartthrob of millions of girls across the globe.

It was indeed a challenging moment when he chose to sing the famous song Stay of Rihanna. Furthermore, the judges did not expect this young aspirant to finish it with such beautiful notes. It was a great surprise both for the judges and the audience. Such an unbelievable performance proved that this guy has the potential to be a fabulous singer in the future.

After Noah became the winner officially, his Twitter accounts flooded with hundreds of good wishes for a fantastic future. Moreover, the top-class artists of the industry congratulated the budding artist. People expressed how happy they were about this win of Noah. Of course, this is only the beginning of a spectacular journey. The followers believe that Thompson will continue to amaze the listeners with his performance. Social media thus witnessed a blast with so many wishes for the winner.

But on the other hand, it was an unexpected moment for the Hunter Girl fans. However, everyone has to remember that this is only a singing competition and anything can happen at the end. One of the fans even declared on social media that he did not believe in this result and that Hunter Girl faced a big conspiracy. Another fan came up with the statement that undoubtedly, Hunter Girl was far better than Noah, and so the result was unfair.

However, in the Finale episode, Noah Thompson stole all the attention. From his looks, features, and dress, to his lovely voice, everything indicated success for the artist. Finally, a special moment arrived when the host declared that Noah was the winner of this year’s competition.

But there are no reasons to get upset with the other contestants. In many cases, it was seen that the non-winners became outstanding singers and managed to mesmerize the whole world. But it seems that their popularity of Noah will continue to increase if he adheres to the current standards. Only best wishes are there for the brighter future of all the hard-working contestants, including the winner and runners.