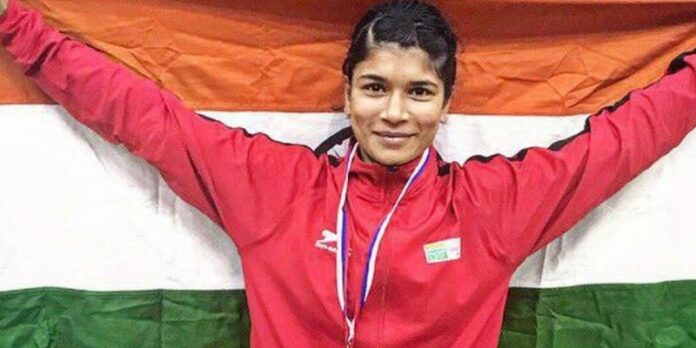 Nikhat Zareen of India wins gold at the Women’s World Boxing Championships by defeating Jitpong Jutamas of Thailand in the 52kg final.

Thursday in Istanbul, Turkey, India’s Nikhat Zareen defeated Thailand’s Jitpong Jutamas to win the women’s flyweight division of the 52kg division at the Women’s World Championships. Zareen becomes only the fifth Indian female boxer to win a gold medal at the World Championships, following Mary Kom, Sarita Devi, Jenny RL, and Lekha KC. Zareen, age 25, is a former junior youth world champion. Zareen fought brilliantly against her Thai opponent in the final and brought home the gold medal. The judges awarded the Indian victory with scores of 30-27, 29-28, 29-28, 30-27, and 29-28. 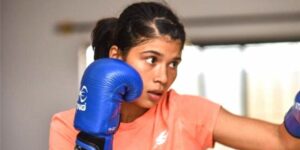 Zareen was in top form as she utilised her technical acumen and court coverage to outwit her opponent with quick feet. Nikhat was able to impress the judges in the first round by landing significantly more blows than the Thai boxer. The second round was more intense, and Jitpong won by a score of 3-2. In the final round, when she needed just one judge on her side, Nikhat went all in and slammed the door on her opponent, resulting in a 5-0 unanimous decision in her favour.

It was also the first gold medal for India since boxing legend Mary Kom won it in 2018.

In the first three minutes of the bout, Nikhat dominated Jutamas, who had defeated Zhaina Shekerbekova of Kazakhstan, a three-time medalist at the World Championships. Jutamas entered the bout with confidence after defeating Shekerbekova.

The 25-year-old Indian took full advantage of her long reach and maintained her dominance over the Thai boxer, whom she had defeated in the semi-finals of the 2019 Thailand Open en route to her silver medal finish.

In the second round, Jutamas attempted a comeback with a counter-attacking display, but he was unable to cause much trouble for the nimble Nikhat, who appeared to be in complete control.

Nikhat’s strength played a crucial role as she threw caution to the wind in the final round and continued to attack relentlessly before securing the gold quite comfortably.

Manisha (57kg) and Parveen (63kg) finished their semi-final bouts with bronze medals, giving the Indian contingent a total of three medals at the world’s largest boxing event, which featured a record number of 310 boxers from 73 countries and marked the 20th anniversary of the Women’s World Championships.

In this year’s tournament, eight Indian boxers advanced to the quarterfinals, tied with Turkey for the highest percentage.

With the addition of three medals in Istanbul, India’s total medal tally in the 12 editions of the prestigious event rose to 39, including 10 gold, eight silver, and 21 bronze, ranking third after Russia (60) and China (50). (50).