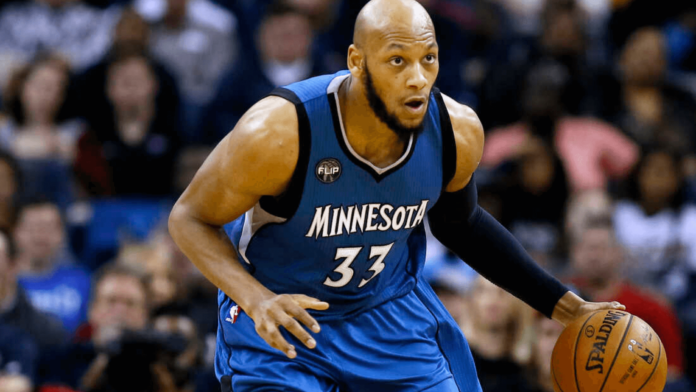 Adreian Payne, an American professional basketball player, was shot and killed in Orlando, Florida early Monday morning. Payne played 107 NBA games over three seasons, finishing with five games in 2017-18 after signing with the Orlando Magic, averaging 4.2 points and 1.8 rebounds in 13.1 minutes per game.

The Orange County Sheriff’s Office in Florida said that they received a call about a guy who had been shot at 1:37 a.m. Payne was taken to a local hospital and pronounced dead there. According to court filings, Adreian Payne was killed while attempting to help a woman who was in an abusive relationship with this alleged shooter.

On Tuesday, Dority pleaded not guilty to first-degree murder using a firearm. According to court documents obtained by the Detroit Free Press, Payne and his girlfriend went to Dority’s house early Monday morning at Dority’s request.

Meanwhile, Dority told police that after his father dropped him off at his Orlando home, he noticed an unknown car parked at a nearby junction. Dority told Orange County Sheriff’s Office deputies that he approached the car and saw Payne and his girlfriend inside.

Payne and his son began “talking close together” while Payne stayed in his vehicle, according to Dority’s father, who said his son “looked to be afraid based on the size difference and his son’s position.” Dority is 5-8 and 150 pounds, whereas Payne is 6-foot-10 and 244 pounds.

Dority told the police that Payne warned him, “I’m going to smoke you, brah,” he said, adding that he saw “the outline of a gun” while “moving his right hand in the right side of his waistband.”

That drove Dority to take his revolver in self-defense and shoot Payne, according to him. However, a witness reported to the police that Payne “was not threatening Dority in any way.” Payne’s girlfriend informed the police that he was not a danger. According to the affidavit, a woman pleaded with Dority “do not bring out your gun” and “we were invited to come here” through a camera and microphone on the scene.

According to records, police found no gun on Payne’s person or in his car and concluded that he “did not constitute an immediate threat” to Dority.  Dority was arrested and accused of murder after being interrogated at a police station. Payne, a Dayton, Ohio native, was a member of the Spartans from 2010 to 2014, he was a four-year starter at Michigan State, earning All-Big Ten second-team honors twice and leading the Spartans to the Elite Eight as a senior.

Perhaps his most lasting legacy came when the 6-foot-10 forward befriended Lacey Holsworth, a teenage cancer-stricken girl from St. Johns. After MSU won the Big Ten tournament in Indianapolis, Payne held her to help chop down the nets, and their connection became a significant national story throughout the Spartans’ NCAA tournament run, which culminated in an Elite Eight loss to Connecticut.

She died of neuroblastoma complications a week after the season finished, and Payne and his teammates paid tribute to the 8-year-old during an emotional tribute ceremony at Breslin Center.

In a statement, MSU coach Tom Izzo said, “I’m in disbelief at the awful news of Adreian Payne’s death.” “Our thoughts and prayers go out to his family, teammates, and loved ones.”

Adreian’s teammates and coaches admired and recognized his growth as a player and a person. He came to Michigan State with a lot of raw skills and worked hard to achieve his dream of playing in the NBA.

Beyond that, Spartan fans will remember him for his compassionate heart, as his friendship and true bond with Lacey Holsworth impacted the entire country. Anthony Ianni, a former MSU teammate said, “He was all about living. He was all about making others laugh and smile. He was also a sweet and loving soul “Ianni, who played with Payne from 2010 to 2012, agreed. “That was Adreian Payne, who we all saw growing up, and who we were happy to name our brother,” says the group.

“For the Spartan basketball family, today is a difficult and sad day. Adreian returned to East Lansing on a regular basis after graduation. He built and reinforced relationships with players from different eras in the process. Many of those guys have reached out to me today, each with their own sadness and great memories of Adreian.”

“We are a family at Michigan State Athletics, not just a collection of individual teams and units. While we’ve gathered here to celebrate the addition of a new member to that family, it’s important to remember that some members of our family are suffering”

With Izzo in the audience, Haller continued. “We learned the awful news of Adreian Payne’s death this morning. Michigan State Athletics’ thoughts and prayers are with all members of the Spartan basketball family, his teammates and coaches, his family and loved ones.”