Cancer campaigner and Podcaster Deborah James, whose frank account of living life with...
HomeNewsWho Was Niomi...

Who Was Niomi Judd? What Was Her Story? The Tribute To The Late Naomi Judd! 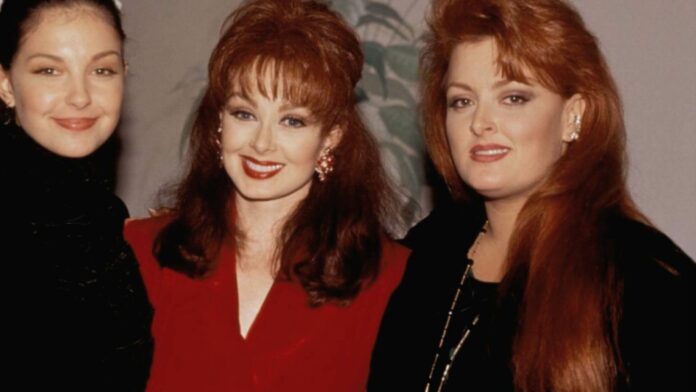 The late American singer/ songwriter Naomi Judd’s daughters paid tribute to their mother in an Instagram post on Mother’s Day after her death in late April. Wynonna Judd the eldest said she misses her mother by posting an old photo of herself,  her mother, and younger sister Ashley Judd.

Naomi Judd, A Grammy-Winning Singer, Has Passed Away

Ashley said that the photo was taken at Little Cat Creek in their native state of Kentucky, which she also shared on Instagram as part of her own homage to her mother.

Wynonna Judd was the lead vocalist of the country duo The Judds composed of her and her mother. Naomi died just hours before The Judds were to be honored in the Country Music Hall of Fame.

Naomi died on April 30 at the age of 76 due to depression and other problems that affected her mental health. Naomi was upfront about her struggling with mental health throughout her life, which Ashley expanded on in a recent Mother’s Day column for a prominent newspaper. The actress defined her difficulties as Naomi’s scars that sprang from a lifetime of injustices that began when she was just a child.

Ashley said that her mother’s death wasn’t supposed to happen this way and that she was going to pay her a visit and gift her a box of old-fashioned chocolates, which was a family tradition.

They were supposed to take pleasure in each other’s company. Instead, she is adrift. and her heart is not empty she added. It’s full of gratitude for what her mother had left behind for her. Her music and memories, as well as her nurturing and caring.

Ashley pondered on her and her mother’s common enthusiasm for speaking up about social concerns. She thanked her mother for hugging her and telling her that she is an exceptional woman under another older photo of the three ladies.

The grief of losing one’s parents is unbearable. Naomi Judd passed away just a week ago. While her death came as a shock to her family and friends,

Naomi Judd was about to top the country chart once more with her daughter Wynonna’s follow-up album, Rockin’ With the Rhythm. It would also result in three more number-one singles.

The Judds were surprised to be nominated for best new artist at the 1985 Grammy Awards, competing against major pop stars like Cyndi Lauper and Frankie Goes to Hollywood.

Years later, to thunderous acclaim and encouragement from the audience, Wynonna and Ashley tearfully collected the prize on stage together at the Hall of fame event.

Wynonna promised the crowd that she will continue to commemorate her mother through their common passion: country music, at the end of her short but heartfelt address.

Naomi founded the Naomi Judd Education and Research Fund to raise awareness about hepatitis C after leaving the Judds and became an advocate for the American Liver Foundation.

She did some acting, presented the Sunday morning discussion show Naomi’s New Morning in 2005, and became a judge on the reality show Can You Duet in 2008.

River of Time: My Descent Into Depression and How I Emerged With Hope are two of her novels (2016). She revealed in a 2017 interview that her mental health had deteriorated considerably after she stopped performing.

It is heart breaking to know that the vocalist of The Black Dahlia Murder is no more within us. Trevor Strnad, 41, expired after giving the world some incredible hits. His band, US black-metal, made millions to match the...
Entertainment

Are you eagerly waiting for the next season of The Real Housewives of Beverly Hills? This content will be perfect for you as we are going to take you on a short journey to know various details of the...