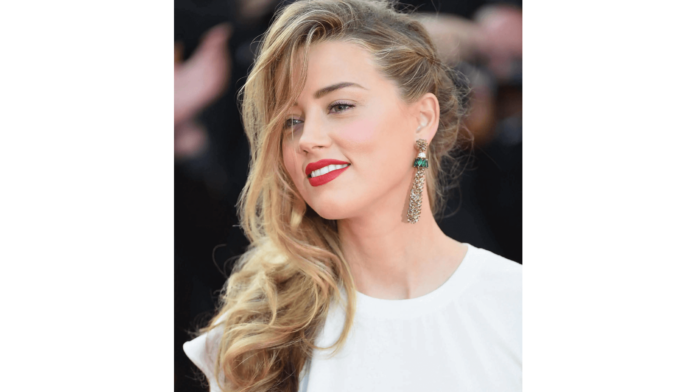 The lawsuit that almost snatched the sleep of so many Hollywood stars and became the most significant talk of the Holly town is the defamation case against Johnny Depp. Moreover, the matter became extra spicy, with the case filer being his ex-wife and famous actress Amber Heard. The allegation against Depp was that of domestic violence. However, no final orders have been passed in response to this case.

Recently, amidst such a scenario, the OMDB modification in the account of Amber Heard caught the attention of many. You can observe that presently the name of Amber Heard is changed to Amber Turd on the IMDB page. Of course, such action results from the intention of hacking Heard’s account. Likely, it can be the work of any die-hard fan of Johnny Depp. But the biggest question is, why would someone be up to such a thing?

On this page, we will inform you about this incident and the probable intentions of the hacker.

Current Version Of Heard On The Case

After Heard filed the case of domestic abuse against her ex-husband Depp, several developments complicated it severely. The condition turned the opposite when Johnny sued Heard for million dollars this year. In the court of Virginia, Depp presented solid evidence proving that he was the actual victim of domestic abuse by his wife. This actually turned the whole case by 360 degrees.

An audio clip with Heard’s voice showed that the lady confessed that she used to hit her husband. Hence, the defamation case that Heard filed earlier becomes invalid after looking at this evidence. However, the court is still studying every detail carefully before arriving at any conclusion.

Amber Heard is still sticking to all the words she uttered before. According to her, the relationship with her husband gradually deteriorated as time passed. One of the accusations included that the Pirates of the Caribbean star hit her hard once on her newly made tattoo. It was excruciating, and hence, such a person should receive appropriate punishment.

Legal Position Of The Case

The list of witnesses for the said case is quite a long one. Moreover, it included Hollywood celebrities and the ordinary people who worked for the couple. The testification from both sides was strong enough to prove their stand. Hence, it became pretty complicated for the Judge to declare the final judgment.

Johnny Depp and his supporters presented a piece of new evidence to the court. After this, a large section of the public of Fairfax County stood on the side of this actor. Moreover, social media shows one of the top-most trends to be #JusticeforJohnny.

So, it is not unnatural to realize how the public supports Depp and wishes this case to be in his favor. The crowd outside the court is becoming unmanageable as they want justice for their beloved star.

Although the star’s innocence has not been proved yet, the actor’s side is undoubtedly heavier at present than the petitioner. The current modification in Amber Heard’s IMDB page also indicates that.

Change In The IMDB Page

As per the recent reports, a hacker has made a severe alteration in the name of Amber Heard on her IMDB page. On being searched, people now see the surname as “Turd” instead of Heard.

According to some, this can be a vengeful activity by any fan or follower of Depp. However, there is no proof of that. It is only a prediction observing the current situation. In the last hearing, the Judge of the case was not present. So, for the day, the court remained adjourned. As per the declaration, the next hearing date will fall on any day in the coming week. The new development of a changed name in the IMDB is an additional activity appearing in the limelight. Now, it is to be seen how the court takes this activity.

The IMDB page is now telling that the last name of the Aquaman star is “Turd” and not Heard as people knew till now. It has already raised confusion about whether the two people are the same or different. Another interesting point to understand in this connection is the name change on Heard’s social media page.

Modifications In Other Accounts

Eve Barlow, a very close friend of the artist, found out about this change while checking his social media account. Both the cases arouse suspicion about the identity of the hacker behind these actions. The police are working on the case to identify the culprit and what were the intentions behind this deed.

In some recent statements, many people have raised their voices against this activity and confirmed that there is no actress by the name of Amber Turd. Hence, it is the deed of some hacker.

You may also read :