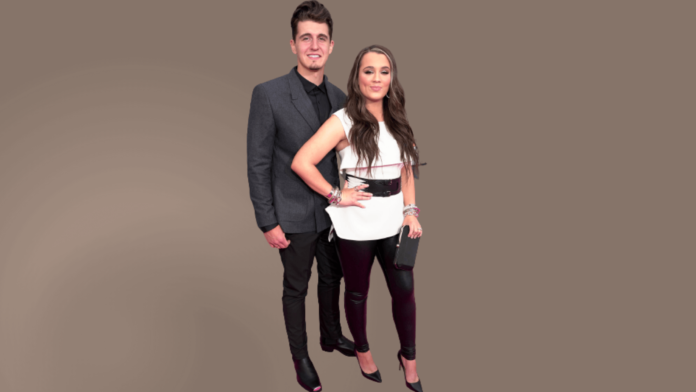 American Idol stars Gabby Barrett and Cade Foehner told fans that they are expecting a second child via an Instagram post from gabby’s account on May 8th. They shared an ultrasound video of the child, a boy, who is on the way. The couple did not provide any additional information about the baby’s due date or name suggestions, apart from the video footage of a cute sonogram. Photos of the couple and their Instagram post have been trending on Twitter, and word of their revelation has spread like wildfire across social media and celebrity-focused media outlets.

The post was captioned – “My boy. [blue heart emoji] Another LIFE we get to love and cherish, Happy Mother’s Day”. Cade shared the same video on his Instagram account to honor his “Amazing, strong, and fruitful Bride.” on Mother’s Day.

In the comments sections of their separate posts, a number of the couple’s famous friends and followers wished them their best. Barrett and Foehner got married in October 2019 after meeting as contestants on the hit reality show American Idol. Baylah May, their daughter born in January 2021, is their first child.

Barrett comes from a large family and has long expressed her desire to have numerous children with her husband. Last year, she told in an interview that motherhood is her main priority out of everything, her newborn has become her entire world, and she has been trying to strike a balance between having time and spending time with her while also being a hands-on mom. Now being a mother of two, the singer added that she appreciates what her parents have done for her more.

For the music video of her new song, “Pick Me Up,” the country singer lately focused on her real-life love story. Barrett’s love interest throughout his life is played by Foehner in the video. Gabby was recently nominated for Female Artist of the Year at the 2022 ACM Awards and will tour with Jason Aldean this summer, she has been juggling her profession and motherhood ever since giving birth to her baby girl.

“Happy Mother’s Day to my amazing, strong, and fruitful Bride!” Cade wrote while tagging the mother of his children on a social media post. Barrett previously gushed to PEOPLE about Foehner’s extra considerate assistance during her pregnancy with Baylah. Barrett also stated that Foehner has been so nice to her and every night, he massages her feet. It’s clear that Foehner has simply been an incredible parent to Bayla and a wonderful husband to Barrett.

Hearing the news of a baby on the way is so incredible, whether a future celebrity or not, it is special. After all, every parent believes their child will be the world’s cutest, smartest, most talented, and sweetest kid. So it’s no wonder that the video of Barret’s sonogram has taken over the internet. Gabby and Cade are a cute couple and now with another baby on the way, they’ll have a perfect little family and Bayla will get a new baby brother.