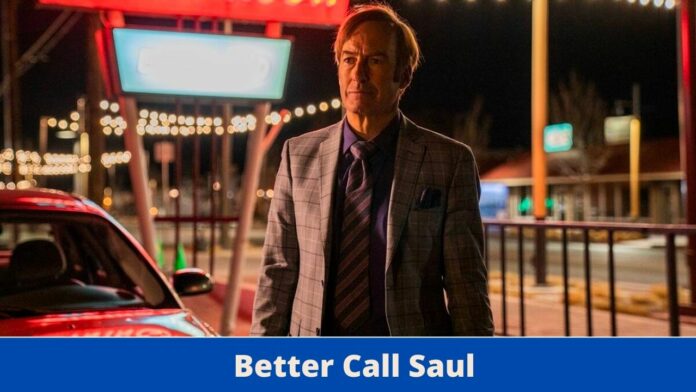 There was a time, and it wasn’t all that long ago, that TV was considered a lesser art form than the content cinema-goers flocked to the multiplex to view. TV shows were seen as inferior and, at best, worthless fluff, but things changed sometime around the late 1990s and early 2000s.

A revolution in television had begun. More money was being thrown into the development of quality programs, with no need for the use of stock footage or airing endless re-runs, and this has led to a renaissance that continues today. TV, at its best, is now considered something of a high art form.

There were a number of great shows that helped to flick the switch, so to speak, and Vince Gilligan’s Breaking Bad is certainly among those that are seen by many (pundits and viewers alike) as groundbreaking.

Even the most die-hard Breaking Bad fans will have been a little concerned about the spin-off show, Better Call Saul, and whether such a move might, in fact, harm the reputation of the original show. They needn’t have been worried. Gilligan, along with co-creator Peter Gould, has created a true masterpiece.

In many ways, it might be fair to say that of the two shows, Better Call Saul deserves more praise simply because it had a heavier weight of expectations on its shoulders. Now with the final season of the show airing, we can see just how everything pans out and unravels, and it’s a ride that is sure to be unforgettable.

Bob Odenkirk’s portrayal of Jimmy McGill, aka Saul Goodman, is every bit as triumphant as Bryan Cranston’s Walter White; indeed, you may even concede that the work put in by Odenkirk is more nuanced and subtle than the transformation experienced by the lead character in Breaking Bad.

Everything about Better Call Saul is finely tuned, and clearly, there is little point in putting the two shows against each other to ascertain and crown a winner, but it is arguable that Better Call Saul is the cherry on top of the cake that is the world created by Gilligan.

Series six starts where season five left off. McGill is firmly now in his new persona as Saul Goodman, and now, with Kim Wexler firmly by his side, it will be interesting to see where their relationship goes.

The fact that we know the fates of most characters makes the writing of Better Call Saul all that more amazing. After all, we know that Saul isn’t going to be the victim of a cartel hit, as clearly in this timeline, he has to be part of the Walter White world. Similarly, we know that Mike will make it, albeit until he’s killed in Breaking Bad, and Gus Fring will similarly be polished off.

Wexler’s character arc is one that will certainly have us gripped as clearly she isn’t part of the Breaking Bad universe, so we have to see what becomes of her.

The final episode of series five saw Nacho Varga conspire to kill Lalo Salamanca, only to fail in this endeavor, and he’s left out in the cold, hoping to make it back out of Mexico. The Varga/Lalo arc is one of those that is slightly detached from the overall Breaking Bad universe, and as such, it’s one we are invested in heavily.

Will psychopath Lalo locate and execute Nacho? What will become of Varga’s father? How will this impact upon Gus Fring and the Salamancas?

It’s clear that series six will center, in some way, around a move to discredit Howard Hamlin and ruin his reputation, which will surely intertwine with Saul Goodman’s dealings with the cartel or other nefarious characters.

We can also be sure of cameos from Cranston and Aaron Paul, Jesse Pinkman, and this level of fan service will be gladly handed to the fervent fanbase by Gilligan, and you can be sure that it will be subtle and effective.

When a Spin-Off Becomes the Bigger Beast

You can never underplay the brilliance of Gilligan and Gould’s work on Better Call Saul. For a spin-off, especially one with a timeline that has already determined the fate of its lead characters, to work so masterfully is no mean feat. To follow up a much-loved show with a prequel that is every bit its equal, if not superior, is something that just doesn’t happen.

The final payoff will hopefully reveal what becomes of Saul Goodman in the post-Breaking Bad world, which in turn may well lead to the unveiling of a new twist in the saga. There are some who predict that Walter White (major spoiler alert if you haven’t watched Breaking Bad) may not, in fact, be dead, and it may just be possible that the final moments of the final series of Better Call Saul lead to a rebirth for Walter White.

Though once again, many fans of the shows will, in a way, not want such a finale (for fear that it may taint the overall work put in by Gilligan and co.), it’s worth noting just what has been achieved with Better Call Saul and perhaps another small miracle is on the horizon.