Joey Defrancesco, the munificent Jazz Organist, saxophonist, and trumpeter of America died on...
HomeEntertainmentNow You See... 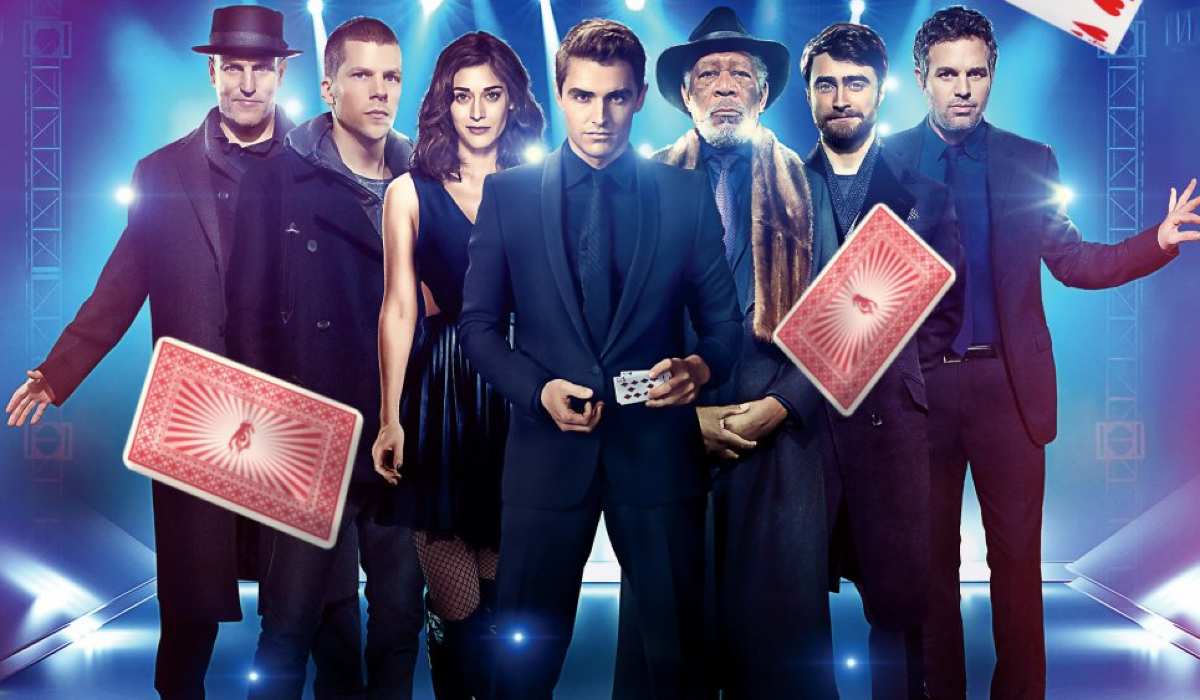 There have been a lot of updates made, and you should all be aware of the series. The plot of the series has also been given, and everything has been supplied below in the article for all of you to have a fast and brief overview and also some very significant updates that have come up.

When the magic-themed action-comedy Now You See Me was released in theatres in early summer 2013, there were few expectations. Despite this, thanks to a crackling screenplay and a charismatic cast that included Jesse Eisenberg, Woody Harrelson, Mark Ruffalo, Isla Fisher, and Dave Franco, the film’s skillful mix of miracles and mayhem established it as an instant classic with audiences, grossing well over $300 million worldwide. Unsurprisingly, Lionsgate Films quickly set out to create a sequel starring all of the characters.

With the exception of Fisher, who was replaced by Lizzy Caplan’s new character due to her pregnancy, the 2016 big-screen reunion of The Four Horsemen and their ominous overseers, Now You See Me 2, was just as entertaining and profitable as its predecessor, with box office receipts nearly matching those of the first film. The sequel also added to the Now You See Me universe in intriguing new ways, paving the stage for a new trilogy. In fact, while Now You See Me 2 was still in theaters in 2016, Now You See Me 3 was authorized, with franchise producers occasionally setting up Benedict Cumberbatch to be the villain in the forthcoming picture.

Proposals for the much-anticipated sequel, on the other hand, seem to have gone the way of David Copperfield, since nothing has been heard of it in a few years. Thankfully, Lionsgate looks to be getting its magical house in order, and the next chapter in the Now You See Me franchise appears to be moving forward. Here’s what we know about Now You See Me 3 so far.

It should come as no surprise that we don’t have much information on Now You See Me 3 just now. To be honest, that “movement” that we alluded to places NYSM3 in the very early phases of development. However, in case you hadn’t heard, Lionsgate has finally hired a screenwriter to draught the film’s screenplay after a few years of inactivity. That’s correct, it looks that NYSM and NYSM2 author Ed Solomon will not be returning to write the series’ third installment. After previously indicating that he would return for the third film, Now You See Me 2 director John M. Chu has also stepped down.

With those two departures and the addition of a new writer, it’s possible that we’ll get a somewhat different version of The Four Horsemen than we were expecting. The good news is that Lionsgate is putting in a legitimate big hitter to create the story, with Oscar-nominated American Hustle and Top Gun: Maverick scribe Eric Warren Singer just confirming that he has gotten the job. Given that the news recently broke, it’s safe to believe Singer is still in the early stages of writing, which implies there’s not much else going on with the project right now.

Obviously, this means we have no idea when Now You See Me 3 will hit cinemas. Given that Now You See Me 2 was released nearly four years ago, the studio is likely to want to move the project along as quickly as possible. We may see Now You See Me 3 take up momentum from here on out in the production process if Singer has a little magic in his corner.

Assumptions of a 2022 or 2023 release are simply that until there is an official word on filming. As soon as further information becomes available, we will offer an update.

Who Might Appear in the Third Installment, Now You See Me 3?

Despite the fact that we have no idea when Now You See Me 3 will be released in theaters, The most obvious question today is whether or not the film is progressing. It’s a question of who from the original cast will return. Because practically every single member of the cast is involved, this is a very tough topic to answer. In the years following the last film’s release, they’ve been tremendously busy.

However, before we get to the original, let’s take a look at the cast of Now You See Me. We should definitely presume Benedict Cumberbatch’s role as the villain in Now You See Me 3 is a long shot. Due to his MCU obligations, Cumberbatch will most likely be unable to take on the job. He is, nevertheless, working on a variety of non-MCU projects. He’ll be occupied until at least 2022 with that. We apologize profusely to everyone who was hoping for an MCU reunion. In Now You See Me 3, there’s a battle between Dr. Strange and the Hulk.

The remainder of the Now You See Me cast, aside from Cumberbatch. There are a lot of unsolved questions in it. Ruffalo, Eisenberg, Caine, Franco, Caplan, Freeman, and Harrelson are among the cast members. We’re thinking it required some serious scheduling wizardry to accommodate the Now You See Me 2 filming into their already-packed calendars.

With the passage of time, that tremendous undertaking will only get more onerous. Furthermore, as a group, this star-studded will almost certainly have a full set of individual dance cards. Of course, it’s also possible that Lionsgate wants to go entirely another route. In the third Now You See Me film, there are some new faces. It would be odd, though, if none of the franchise’s more well-known characters made an appearance.

What to Expect from Part 3 of “Now You See Me”

Jesse Eisenberg is still thrilled about making Now You See Me 3 for whatever it’s worth, even if he is apprehensive about people losing interest in the universe. Worse, it’s probable that the audience will forget about all of the storyline twists and turns from the first two films.

Like a fantastic magic trick, Now You See Me and Now You See Me 2 both played in the area of cinematic sleight-of-hand, nearly to the point of plain silliness. Because they did so with such elegance, charisma, and swagger, audiences didn’t seem to notice how many times the rug was yanked out from under them. The first two films featured the activities of a group of criminal magicians who are collected and subsequently recruited by a powerful underground magic collective known as The Eye to pull off flashy heists while being hunted by the FBI and Interpol.

When we last saw The Four Horsemen, they’d gone through a series of devastating disclosures that had dragged them deeper into The Eye’s universe than they could have anticipated. Unfortunately, The Eye’s viewers have yet to glimpse what goes on behind the scenes. With Dylan (Ruffalo) at the helm of Now You See Me 3, that will likely alter.

Despite the fact that we’re nearly guaranteed to witness The Eye’s inner workings in Now You See Me 3, we don’t know much more about the film’s perspective narrative. The one thing we know for certain is that Now You See Me 3 will be full of enchantment, and we can’t wait to be caught in the illusion once more.

Now You See Me 3 Trailer Out?

If the trailer had been released, then we wouldn’t have talked about our expectations and predictions. Instead, we would have made our statements in certainty, which means, the trailer is yet to be released. Until then, let’s watch the trailer for the previous season below:

Where Can I find Now You See Me 3 on Netflix?

Now You See Me 3 is the third installment of a heist thriller film that has yet to be released. Even the film’s production stage is still a mystery. However, one thing is certain: in 2022, there will be a theatrical release rather than an OTT release. The latter two films in the Now You See Me franchise, Now You See Me and Now You See Me 2, are accessible on Amazon Prime Video or Netflix.