Will There Be Call Me Kat Season 3? Expected Release Date And More! 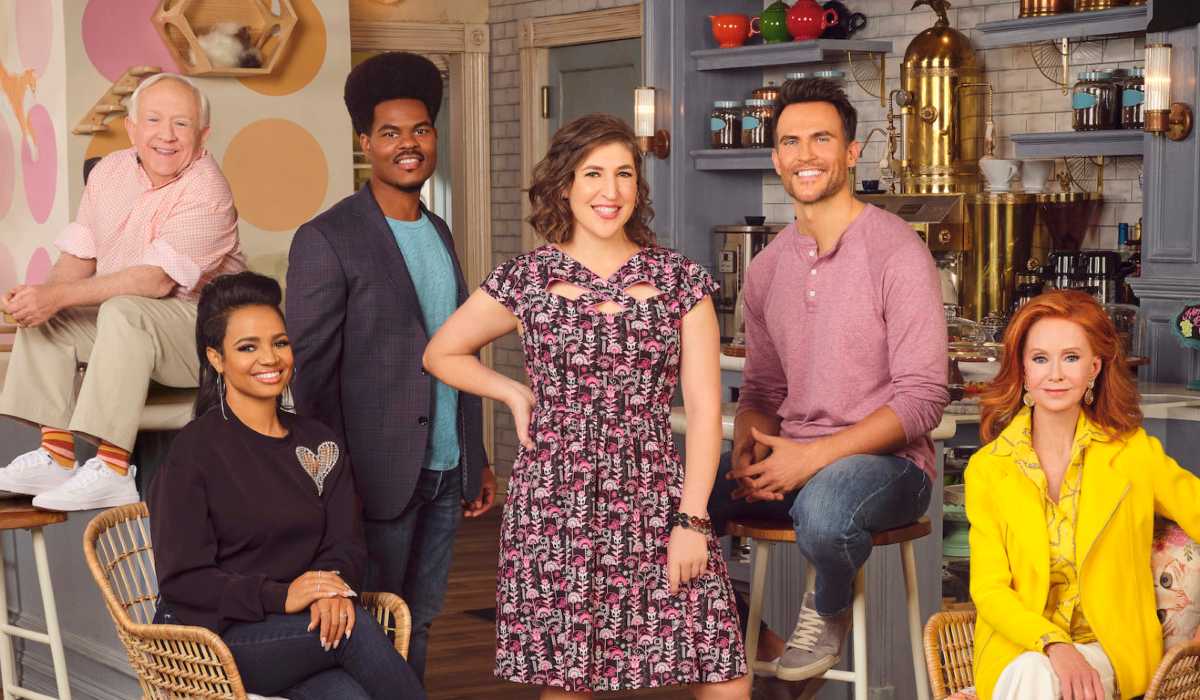 Call Me Kat, which airs on FOX, is based on the British Miranda television series and stars Mayim Bialik, Swoosie Kurtz, Kyla Pratt, Cheyenne Jackson, Leslie Jordan, and Julian Gant. The narrative follows Kat (Bialik), a woman who battles society (and her mother) every day to show that she can live a happy and fulfilled life despite the fact that she is still unmarried at the age of 39. Sheila (Kurtz), Kat’s mother, considers her daughter’s unmarried status a personal failure.

Kat quits her job as a college lecturer at the University of Louisville and uses the money her parents laid aside for her wedding to launch a cat café. Along with Kat are her pals Randi (Pratt), an artist, and Phil (Jordan), a baker. While Kat is celebrating her freedom, her intentions to remain single indefinitely begin to unravel when her previous crush and close friend, Max (Jackson), comes to town. Max accepts a position as a bartender at a piano bar across the street from Kat’s establishment, where he works with his buddy Carter (Gant).

A release date cannot be offered without a definite season. If the program is taken up today, all phases of production will take around 12 months, placing the show’s launch date in late 2022 or early 2023. If this occurs, we will update our website accordingly.

The second season of Fox’s Call Me Kat premiered on 9th January 2022. If we get any further information on the release date of Call Me Kat’s third season, we will update this page.

There is no doubt about the upcoming cast for they are expected to be the same as that of the previous seasons.

Recap of the Call Me Kat Finale for Cat-A-Versary

Kat (Mayim Bialik) informs Carter (Julian Gant) about her cafe’s one-year cat-a-versary. She convinces him via the activities they would be participating in, including her mother Sheila (Swoosie Kurtz) dressed up as a cat and eating kettle corn. He asserts that she should have begun with that and that he intends to attend.

She then inquires about Max (Cheyenne Jackson), who is OK with Carter but not towards Kat. When he heard her name, he even smashed a soda gun. Despite his refusal to listen or accept her apologies, she is adamant about inviting him to the party. She even follows him into the restroom, which does not go over well.

Oscar (Christopher Rivas) is erecting a banner for the celebration at the café. Kat compliments him on his appearance, and he quips that he has been doing squats.

Sheila is seated on her lap with one of the cats, Mr. Mousekers. She informs Kat that he is sleeping and requests that he relocate so she may use the restroom. Kat first finds it endearing but soon learns he is dead.

When Phil (Leslie Jordan) discovers what happened to the cat, he comes out stating the oven is broken and wonders what else might go wrong.

Oscar, Randi (Kyla Pratt), and Phil all attempt to console her, but she remains distraught. Oscar maintains that the object is a cat, not a human, but she claims he was the first cat they took in and the only one who could use the toilet. She ascends the stairs and declares her desire to be alone. Additionally, she requests that Randi collect the ashes.

Randi later visits Carter to explain that she has the ashes and is terrified to put them in her vehicle. She claims that a ghost cat may inhabit it, leading Carter to believe she is insane. He does, however, invite her in to spend time with him.

Phil offers Kat supper and attempts to console her, but she sends him home because she still desires alone and finds him bothersome.

Max comes over after he goes with whisky to help her feel better. They exchange cat memories and eventually reconcile. They nearly kiss as they giggle, prompting Max to return home immediately.

Ray the maintenance person (Travis Howard) informs Phil that he has to get a component to repair the oven. They continue bantering as Kat enters, perplexed as to what is going on. Ray claims to have everything under control but continues to joke with Phil. Phil reveals after he departs that he has such a crush on him. Kat is fully committed but is more concerned with how the party will be a funeral for the cat.

Randi enters, and Kat inquires as to whether she has the ashes. She responds affirmatively, but Kat is skeptical. Randi reassures her that everything will be OK and that she is up to date on the funeral. She did, however, leave it at Carter’s, where it was placed in his car service.

Oscar pays a visit with flowers of apology and acknowledges his error. Randi informs him of her actions, and he expresses gratitude for relieving him of the burden. Ray and Phil, meanwhile, continue to banter and connect.

Later in the episode, Randi and Kat debate Max vs. Oscar. Randi advises her to concentrate on the guy with whom she is going nude.

Wyatt (Tim Bagley) appears at the funeral and displays a photograph of his grandmother Lassie. Sheila gets ready for her Cats performance, explaining that she used Mr Mousekers as a model for her cosmetics since his face is permanently imprinted in her head.

Randi, meanwhile, shouts at Max over the almost kiss. He is perplexed as to how she knew it, as Carter informs her that the ashes are two hours distant. He was given a separate box containing rice as a substitute.

While Kat is on her way to collect the ashes, Phil prepares her for the funeral. Randi and Phil present her with the box and fabricate an explanation for why it is in a different box.

Kat delivers a poem and then leads Ray, Max, and Phil in a song. Everyone is very absorbed in it, particularly Wyatt and Sheila.

Max then informs Kat that he ended his relationship with Bridgette (Schuyler Helford) because there was love but no friendship and that he wanted to kiss her that night. He claims this is the result of poor timing and his audacious action. Kat inquires about the fictitious Bridgette if everything is genuine, and if everything is confirmed.

Kat is overcome with emotion and rushes to the bathroom when she knocks over the box. She notices it is full of rice and inquires as to what is going on. Randi and Carter attempt to concoct a cover tale but ultimately acknowledge the truth. Kat is distraught until Oscar arrives with the ashes. He appeared to be at work but was really traveling to Chicago to get the ashes.

Kat is moved but perplexed since she has two guys she loves who adores her in return. Sheila brings another cat over, declaring that they are soulmates. The season concludes with the music resuming and everyone bidding farewell.

Call Me Kat Season 3 Trailer Out?

There is currently no trailer available for the highly anticipated Call Me Kat Season 3. Till then, let’s watch the season 2 promo below,

Ratings for the Second Season

While these figures exclude further delayed or streamed watching, they provide an excellent indication of how a program is doing, particularly in comparison to other shows on the same channel. While other economic reasons play a role, the higher-rated programs are often renewed while the lower-rated shows are canceled.