Deep Rock Galactic Season 2: Everything You Need To Know About Release Date! 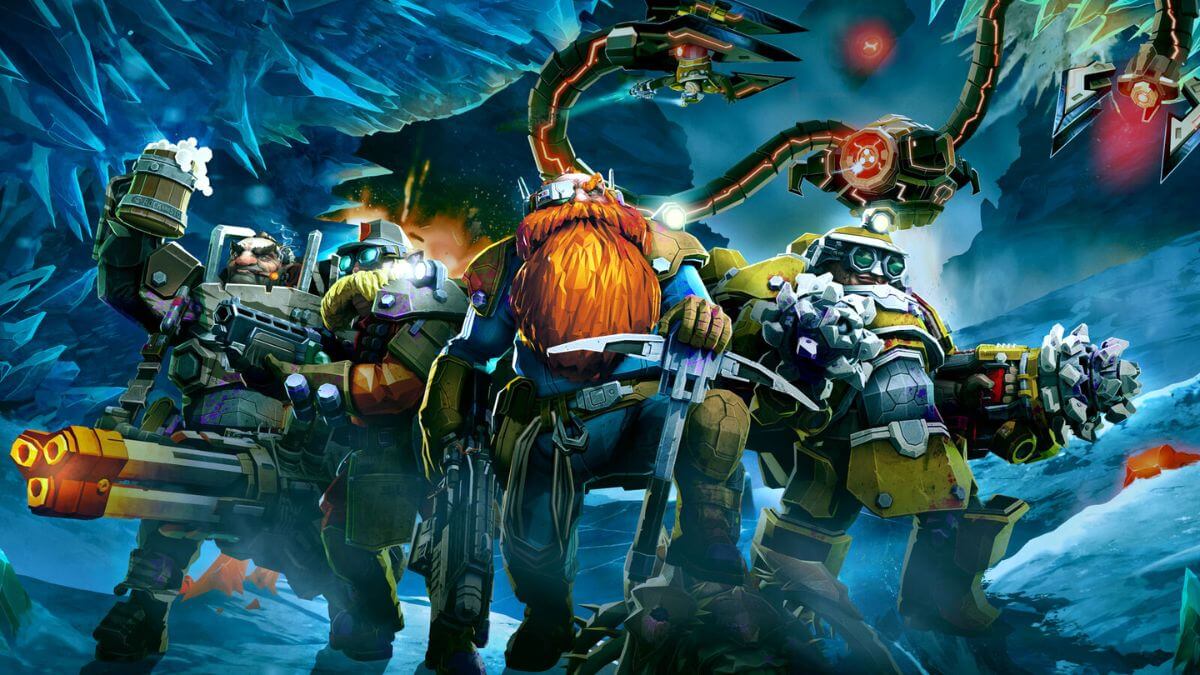 Deep Rock Galactic is a cooperative first-person shooter video game created and released by the Danish company Ghost Ship Games. Deep Rock Galactic was published in its entirety on May 13, 2020, for Microsoft Windows and Xbox One after a two-year early access period. The game launched on the PlayStation 4 and PlayStation 5 in January 2022 and was made accessible at no extra cost to PlayStation Plus customers until the end of the month.

While Ghost Ship Games will kick off The Great Egg Hunt event tomorrow in Deep Rock Galactic, the material flow will continue. The company also revealed the release date for Deep Rock Galactic Season 2 DLC for PC and consoles, as well as the new cosmetics coming to the game.

The second season of Deep Rock Galactic introduces a new secondary weapon for each of the four classes, and all of them seem to be fascinating additions.

The game is primarily focused on PvE combat, which means that there is no advantage to killing other players.

The players assume the roles of four space dwarves assigned to a variety of tasks that include mining certain minerals, stealing alien eggs, killing targets, and recovering lost equipment. Typically, these are the primary objectives necessary to execute the operation. Additionally, it is possible to achieve a secondary goal (often gathering additional materials or objects) to earn additional credits (which may be spent to strengthen the player’s weaponry and class skills) and experience points (which can be used to level up a player).

The game is set underground on Hoxxes IV, a perilous planet brimming with minerals, biomes, and creatures. The missions take place in vast caves and tunnels, with landscape creation, goals, and opponents shifting according to biome and game type. Players battle insect-like invaders while attempting to achieve mission goals and acquire crafting materials.

Deep Rock Galactic is the first title from Ghost Ship Games. Both Minecraft and Left 4 Dead served as inspiration for the crew. The team thought that one of the issues with Left 4 Dead was that it was imbalanced for novice players who wished to play with veterans; as such, they sought to create a game where all teammates would be on an equal footing regardless of their experience level. Ghost Ship Games said that they benefited from the early access format since it enabled them to improve the game’s gameplay and design and prioritize features. The low-poly art style was selected due to the ease with which models and information could be added, as opposed to a more detailed art style. Creating the procedural world generator was the most challenging aspect of development. Sren Lundgard, co-founder and CEO, would subsequently state “Our CTO recently took a week off and upon his return said, ‘I have something.’ Then he had this weird mesh-generated procedural appearance that we ended up with, and it’s still amazing, but how does it work? “‘. Deep Rock Galactic was developed using Unreal Engine and was created using the engine’s Blueprint programming.  The game is still being developed, with new biomes, equipment, and accessories being added on a regular basis.

On February 28, 2018, Deep Rock Galactic entered early access, where it remained for about two years before its official release.