Joey Defrancesco, the munificent Jazz Organist, saxophonist, and trumpeter of America died on...
HomeEntertainmentOutlanders Is Soon...

Outlanders Is Soon To Be Premiered On Netflix Too! Season 5 OTT Release Date, Storyline, OTT & More 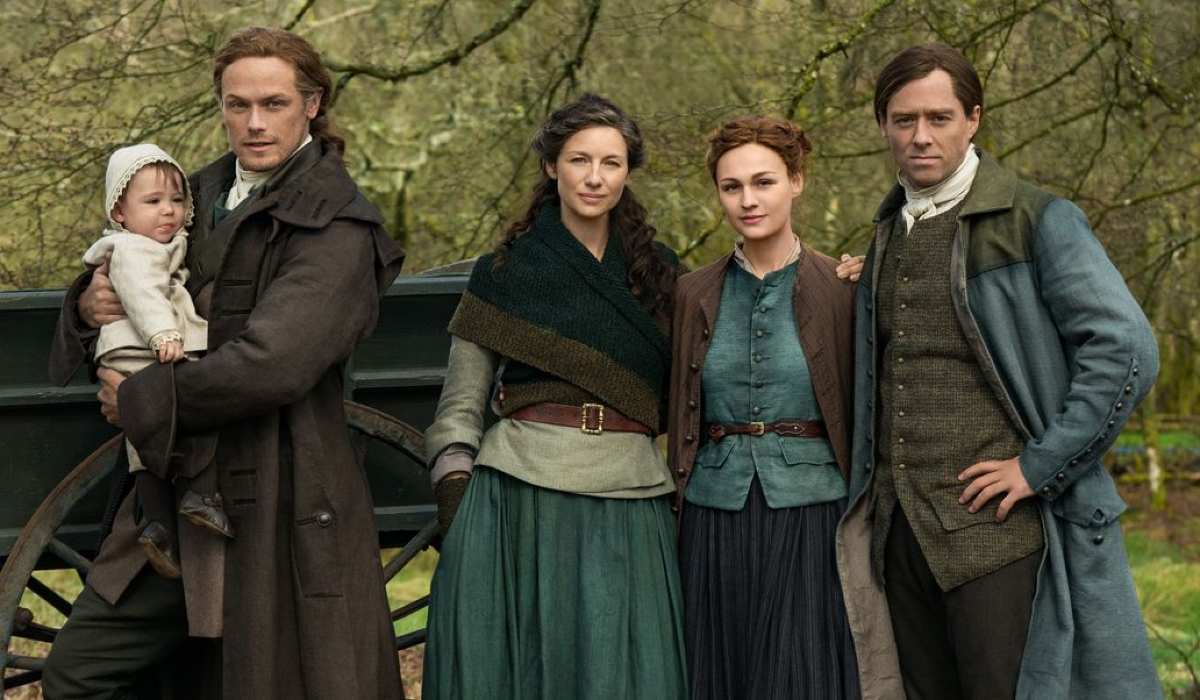 Diana Gabaldon’s most famous book series, Outlanders season 5, will soon be premiered on Netflix early in the first week of May 2022.

Outlanders is a romantic fantasy historical drama series based on the novel series Outlanders written by Diana Gabaldon. This book series was one of the most popular selling books of the author.

The lead, Claire Randall, is a married English combat Nurse. The story is set up in late 1945 when she is mysteriously driven back in time to 1743 and lands in an unknown world where her life is under threat.

Claire is married to a Scottish warrior named Jamie Fraser. From here, the story of the young couple begins.

Making Up of The Drama Series

Ronald D. Moore developed the show, and the very first episode was aired on August 9, 2014, on Starz. The show starred Caitríona Balfe, who played Claire Randall, and she was married to Jamie Fraser (Sam Heughan).

Claire and Jamie’s on-screen connection sparks up and leaves fans astonished. The series is packed with romance, science fiction, history, adventure, and everything in a single tale.

Glimpse To The Previous Seasons

Based on Voyager, Season 3 came up in 2017 with 13 episodes. The fourth Season was hinged on Drums of Autumn, which premiered in 2018. Season 4 came up with 13 episodes in total. The fifth season (2020) is plotted on The Fiery Cross with 12 episodes.

Season 6 aired on Starz in March 2022, whereas season 7 is still in the making.

The Storyline of Season 5

Amidst the controversy of Jamie and Claire staying back to their home at Frasers Ridge as the American Revolutionary war seems to be very close.

Briana and Roger tie knots with each other. Here Governor Tryon forces Jamie to hunt Murtagh. Jamie struggles to be loyal to the British and, second, most important, to keep his Godfather safe and protected, especially from Lieutenant Knox, who is deliberately willing to kill him. Jamie breaks down the past incidents of Murtagh’s death and the war scenes.

Outlanders season 5 aired on Starz in 2020. Starz confirmed that with the wind-up of all episodes of season 6 on the Starz platform, Season 5 would be launched on Netflix on May 10, 2022.

Viewers can binge-watch the series from season 1 to season 5 on Netflix from May 10, 2022. The previous four seasons were already available on Netflix, and soon all 12 episodes of season 5 will add up to the list.

Another question is whether it will take two years for season 6 to be launched on Netflix after season 5 since it’s been just two years since the last episode of season 4 that Season was introduced. Still, this question remains unanswered.

The average overall rating on Rotten Tomatoes is 89% for the series. Metacritic’s average rating out of 100 was 76. The initial eight episodes gained more than 5 million public views on various platforms.IMDb gave an 8.4 out of 10 for the series.

The success of the TV series Pushed the viewers towards binge-watching the series, reading the novel, and getting into detail about the story. Being a historical series, it gained viewers’ attention itself. The romantic storyline added stars to the fame of the series.

The achievements and awards say it all. The TV show’s first two seasons were under the limelight of recognition shows platform.

Outlander is a Starz original series based on a novel. The television series is produced under the banner of Tall Ship Productions, Story Mining & Supply Company, and Left Bank Pictures, and it is associated with Sony Pictures Television.

The ratings and reviews, storyline and plot, and genres predict an excellent overall score for the historic- romantic series.