Joey Defrancesco, the munificent Jazz Organist, saxophonist, and trumpeter of America died on...
HomeEntertainmentEntertainment Gears Up...

Entertainment Gears Up With A New Show Based On A Crime-Master! 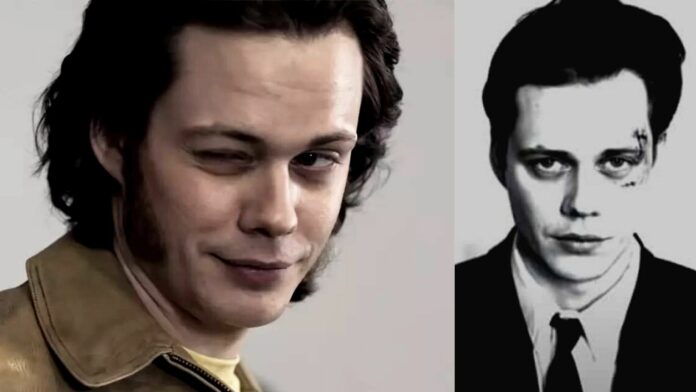 Get ready for the new heist in the world of crime and drama; Netflix has released a new trailer for its upcoming Swedish-language crime-thriller series, Clark.

Everything To Know About Clark

The series will be aired on the 5th of May 2022 and has six episodes that are an hour each. It was expected that all six episodes would be revealed at once between 12:00 a.m. and 3:00 a.m.

Bill Skarsgård is in the lead role as the notorious Swedish criminal Clark Olofsson.

The series is directed & co-written by Jonas Åkerlund from the scripts written by Fredrik Agetoft and Peter Arrhenius, its producer is Scandinavian Content Group.

It’s based on the life and career of Sweden’s most infamous bank robber, Clark Olofsson.

In the autobiographical series, disputable personalities of Swedish history are the main base.

Clark olofssoon`s autobiography Vafan var det som hände? (aka What happened?) apprise the truth and lies of his life with a criminal career with drug trafficking, murder attempts, assaults, and several bank robberies.

The series showed both the childhood and present-day of Clark’s life.

whose 1973 bank robbery gave rise to the expression “Stockholm Syndrome.”

Netflix gave the series an “A” rating due to abusive words, violence, sex and nudity, drinking, and smoking. The show is not suitable for the underage.

The Trailer For The New Series “Clark” Released!

Clark is filmed in three countries like Lithuania, Croatia, and Sweden.

Clark`s Cast Via IMBD Below:

Many more supporting actors in the series gave 100% to their roles. You can check out the full cast details on the IMDb page.

All About Clark Olofsson

Clark, an ill-famed gangster, 1960s he started his criminal career. He spent half of his life in prison because he attempted severe crimes. He is a master conniver, the greatest seducer, and a media endeavor with his psychotic mind.

By matching his skills with manipulation; this series will take viewers to the time of the 60s and 70s also into the darkness of time.

His criminal records were impressive not because he robbed banks but also because he escaped from prison. While in jail, he used to read by this.

He taunted the authorities and tore them in his interviews. He is also known as a mixture of Jesse James and Warren Beatty, as called by a reporter.

During captivity, the hostage has developed a psychological bond with their captor.

The Stockholm bank robbery in 1973 was the first criminal event in Sweden which is shown live on television.

Olofsson’s prison mate, jane Olsson robbed a bank in the year 1973, where he took four hostages and demanded the release of Olofsson.

Appallingly, the police released Olofsson, who helped jane, but he made friends with the hostages. The hostages end up making an emotional appeal to their captors.

We can also say this is the origin of “Stockholm Syndrome.”

The Swedish series will highlight Clark’s early years. The series will bring all the truths and values of Clark Olofsson’s autobiography.

In 1960 he entered the criminal world, and soon he turned out to be the most controversial face in the history of Swedish.

He was charged with several cases, such as drug trafficking, murder attempt, assault, theft, robbery, and much more.

On spending half of his life in jail, he suffered traumas, heartbreaks, disappointments, and devastations behind bars.

Clark came up with an idea in the late 1970s of “Stockholm syndrome” when a robbery in Stockholm failed. From then onwards, he dignified himself as a celebrity criminal. He fooled the people of Sweden into falling in love with him. It was his desire.

Clark Olofsson is Sweden’s most colorful and fascinating personality. Skarsgard accepted this role as a challenge mingled with terror and thoughts; Jonas and Netflix backed this series.

We will show the series with madness and pace never seen before on TV. Clark has an incredible life history.

Clark will be a fantastic series that entitles the life story of a famous criminal who made everyone fall in love with him.

Everything is plotted in the series, from the origin of Stolkhome Syndrom due to a failed bank robbery to his techniques of committing crimes and robberies.

Viewers will come to know everything about him. The series is soon going to be launched on Netflix.