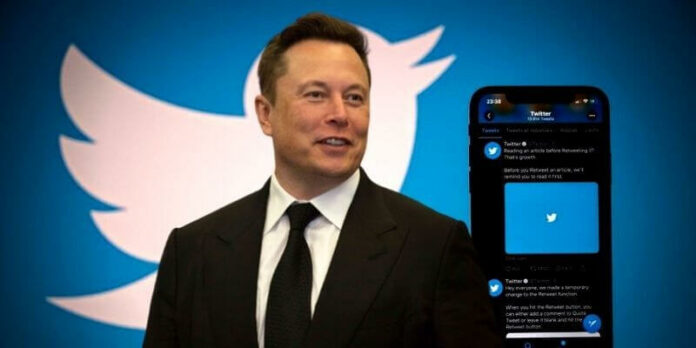 The world’s wealthiest person is all set to conquer and privatize the 16-year-old twitter application for $44 billion that has millions of people as active users around the globe.

The ‘free speech absolutist’ which musk titles himself posted this on Twitter, “free speech is the bedrock of a functioning democracy, and Twitter is the digital town square where matters vital to the future of humanity are debated”.

Obsessed with the idea of free speech, Elon musk says “I hope that even my worst critics remain on Twitter because that is what free speech means.”

Musk has been wanting Twitter to remove unnecessary restrictions on speech and he suggests that more free speeches must be allowed on the platform.

“I also want to make Twitter better than ever by enhancing the product with new features, making the algorithms open source to increase trust, defeating the spambots, and authenticating all humans.” musk added by giving a hint of advancement and up-gradation of the networking service. “ Twitter has tremendous potential – I look forward to working with the company and the community of users to unlock it.”

Musk has also started a poll earlier on Twitter to ask the people if they need an edit button for the tweets. The billionaire has also tweeted that ‘we will defeat the spam bots or die trying’ adding that he will authenticate all real humans.

Musk disclosed earlier that a 9% stake was owned by him. Later he confirms the deal to buy the entire company by negotiating it with the board members.

Twitter confirmed the sale of the company to Elon musk on Monday.Twitter claimed that the stakeholders would get $54.2 each per share.

“Twitter has a purpose and relevance that impacts the entire world. Deeply proud of our teams and inspired by the work that has never been more important”, the current CEO of Twitter, Parag Agrawal tweeted.

The ex-CEO of Twitter, Jack Dorsey tweeted his opinion which says, “Elon is the singular solution I trust, I trust his mission to extend the light of consciousness.”

Elon Musk is a business magnate and billionaire who is the founder and CEO of SpaceX, which is a revolution in space technology. Musk is also the owner of Tesla, which designs electric cars and uses other renewable energy sources. The others are the tunnel construction company, the boring co. the openAI and the neuralink which is an attempt to link human brains to computers. He was the one who founded PayPal in the early years of his career. The 52-year-old entrepreneur has published a book called ‘Welcome to the future which is mine.’

Twitter was founded in March 2006 by Jack Dorsey, Noah Glass, Evan Williams, and biz stone and later it was launched in July. Twitter became one of the most visited websites at that time. It’s a corporation based in San Francisco, California.