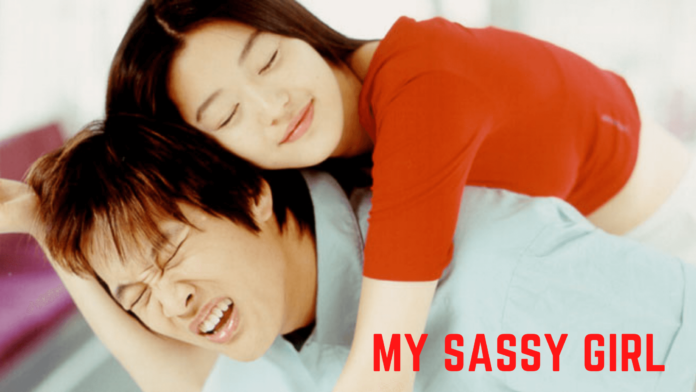 Not as bad as Ruler, but still not good. We looked forward to it every week while it was on the air, but it didn’t get me excited like Rebel or Moonlight Drawn by Clouds did. In my mind, it was hard for me to believe that Joo Won and Oh Yeon Seo were in love, and Joo Won and Moon Chae Won didn’t seem to be attracted to each other in Good Doctor.

Check The Storyline And Cast Of “My Sassy Girl”

A blog post written by Kim Ho-Sik is the source of the movie, and she later turned them into a fictional book. People in South Korea liked it, and it was the highest-grossing comedy of all time.

The story of “My Sassy Girl”

When Gyun Woo returns from China, he wants to help his country, and my Sassy Girl is about him. He meets Princess Hye Myung (Oh Yeon Seo), who is as crazy and violent as a Joseon princess can be. That is how their story starts.

There will be a lot of drama between the princess and Gyun Woo, played by Joo Won when she first suspects that he is an obnoxious pervert who tried to touch her.

It’s about the relationship between an “average” man and his “wacky” girlfriend in the original movie. Any fans of the film will be happy to see a few scenes that find their way into the storyline (obviously with a few changes). So not only is Joo Won’s character different, but we’re sure that our characters will have to deal with a lot of politics in Joseon. In this movie, one of the King’s ministers, played by Jung Woong In, has his quest for power, which puts him at odds with the royal family. King’s minister kicked the previous queen out of the palace, and they were well-placed pawns.

Cast and a Crew Of “My Sassy Girl”

A few scenes into Joo Won’s character, Gyun Woo, it is clear that he is an outstanding scholar and a well-known person in China because of this. If you think you’ve seen some fantastic idol merchandise, this guy has his face on an umbrella. He makes a happy return to Joseon, hoping to use what he’s learned to help the King. Then, things can’t be that simple in a movie or TV show.

Comedy in my “My Sassy Girl”

My Sassy Girl is a Funny movie, and You can also call it a Situational comedy or a romantic comedy. But that’s what makes the original so fun. The posts went viral in Korea. So many crazy things should happen in this relationship, and I’ll be very disappointed in the storytelling if there isn’t a lot of them. Gyun Woo and the princess meet on a bridge, and the princess dramatically falls over the railing. The scholar can save her from falling, making the story even better.

Please don’t take this story too seriously to keep your sanity, making it less fun to watch. If you’re a fan of the movie, don’t get too worked up. At the film’s start, Joo Won’s character made me sad because another part of the movie’s charm is that the male lead is just an average person. When it comes to his skills at work and how he looks, he isn’t excellent. So, even though it’s fun to watch Joo Won enjoy his popularity, it still feels like the drama lost something when it made him so famous that he got alcohol money from the King because of his looks and intelligence.