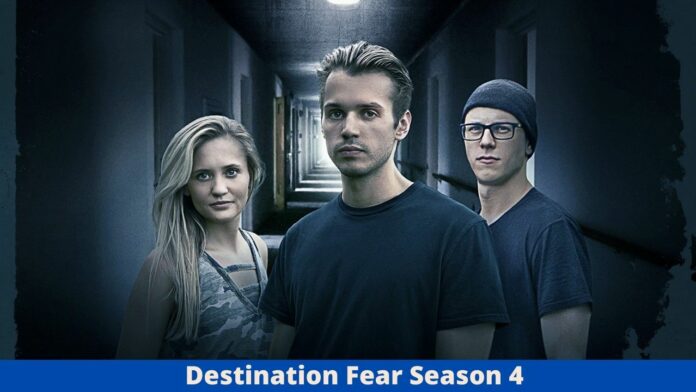 Dakota Laden revealed via Twitter on October 11, 2021, that the last two episodes of season 3 were recorded in Ireland, and a week later, Discovery+ announced the remaining episodes of season 3, which aired on Travel Channel and Discovery+ from November 6 to December 25, 2021. Discovery+ suggested in a Twitter tweet on February 25, 2022, that a fourth season would premiere later that year. Alex Schroeder teased his fans on Twitter on March 6, March 12, and March 26, 2022, by posting emoticons indicating that they were shooting.

Season 1 lasted from October 26, 2019, to December 28, 2019, consisting of ten episodes; Season 2 ran from April 29, 2020, to December 15, 2020, consisting of fourteen episodes; and Season 3 began on July 24, 2021, and concluded on December 25, 2021, consisting of sixteen episodes. In the United States, the series debuted on Travel Channel, Really, and Discovery +. It received seven out of ten stars on IMDb and was enjoyed by around 88 percent of viewers. Each episode is around an hour long, including all commercials.

Fans are ecstatic for the next season. While there has been no official statement about the upcoming season, we can anticipate it will premiere next year.

The Plot of Destination Fear

Secure your seats and brace yourself for a night of terror and excitement. Today, we’re going to discuss the series Destination Fear, whose episode narrative will haunt you from head to toe. Dakota Laden, his sister Chelsea Laden, and friends Tanner Wiseman and Alex Schroeder took a road trip throughout the United States in an RV to see a variety of haunted and paranormal destinations. The show’s distinctive and intriguing aspect is that participants are required to spend a whole night alone in each haunted site and then share their experiences and worries. The show, on the other hand, seems to be genuine and demonstrates the psychological influence on the participants.

The participants visit asylums, schools, and hospitals, among other haunted locations. Spending the whole night with the black webs and the lack of light in certain areas seems to be a serious possibility that will haunt everyone. Any noise in the area may trigger an assault.

Likewise, the fourth season is also supposed to be a horror mixed iteration, which will make you sit on the edge of your seats.

Discover the cast here! Let us now discuss the series’ cast. We are ecstatic to learn who the heroes are who are brave enough to visit such eerie and frightening locations for the Season 4 shoot The television series is usually hosted by the cast, which consists of Dakota Laden, Chelsea Laden, Tanner Wiseman, and Alex Schroeder and we expect they will continue on the Season 4 as well.

Is the Season 4 Trailer for Destination Fear Out?

Not really! You will have to wait a bit longer for an official trailer, but to create a horror mood, you can always choose to watch the trailer for the first season. After seeing the trailer, you’ll get an insight into the realism of the television series, as well as how haunted it is. You may then decide whether or not to watch this series. Therefore, just keep ascending with the trailer! Let’s watch the official trailer of Destination Fear,

Destination Fear is based on The Laden’s and Tanner Wiseman’s 2016 documentary “Trail to Terror.” The documentary is about documenting what actual dread feels like while spending five consecutive nights in haunted locations. It premiered on October 29, 2016, at the Mall of America in Bloomington, Minnesota.

Destination Fear is a similarly themed documentary that stars paranormal investigator and documentary filmmaker Dakota Laden and his crew of paranormal enthusiasts, which includes his sister Chelsea Laden, as well as pals Tanner Wiseman and Alex Schroeder. The crew travels across the United States in an RV, stopping at a variety of allegedly haunted and paranormal places to test the boundaries of human terror.

“We are not ghosting hunters; we are ghost friends.”

The cast takes a novel approach to the paranormal by having participants spend a whole night alone in each haunted locale and documenting their experiences. The program aims to depict true stories and the psychological toll that paranormal hauntings have on each member of the crew.