Joey Defrancesco, the munificent Jazz Organist, saxophonist, and trumpeter of America died on...
Homecelebrity15 Most Beautiful... 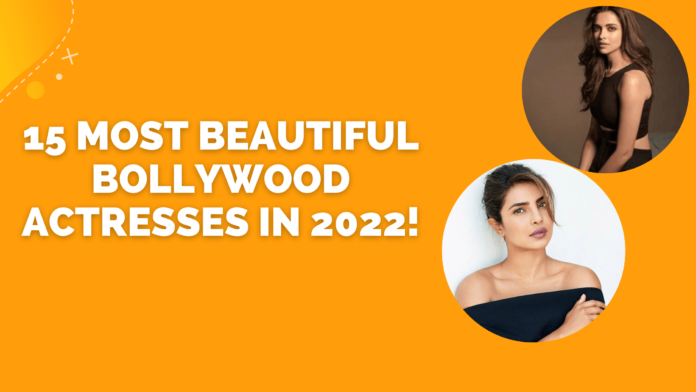 Bollywood shares the second position after Hollywood in the world’s film industry. Indian beauties get appreciation from every part of the globe. Thus, the actresses of the Hindi movie industry are a stunning combination of glamor, simplicity, and incredible skills. However, it is not easy to determine the most beautiful actress when everyone is unique and charming.

Most Beautiful Bollywood Actresses In 2022

Here is a fabulous collection of the 15 most beautiful Bollywood glamor queens of 2022.

Besides being strikingly beautiful, this Bollywood Beauty is currently the highest-paid actress globally. Thus, not only her looks and appearances but also she is truly a talented actress who showed skills in both Bollywood and Hollywood.

Beauty is well-defined when we come across Katrina Kaif. She is of Hong Kong origin and has a firm position among the top-paid actresses of Bollywood. Furthermore, the Namastey London actress has an impressive fanbase for her perfect body, dancing skills, and flawless performances. Presently, she is married to actor Vicky Kaushal.

Coming from Jamshedpur, this incredibly beautiful and sexy actress got the crown of Miss World in 2000. The gorgeous and confident personality is a global icon influencing millions of lives. Her performances in both Bollywood and Hollywood got immense appreciation. In 2018, the actress married Nick Jonas.

The captivating looks of this actress will leave you spellbound, indeed. Although she started her journey as a Crowned Miss Universe of Sri Lanka, Fernandez is well-known for contributing to the Indian Hindi film industry.

Alia Bhatt is a youth icon and succeeded in being one of the Celebrity 100 lists of Forbes India members in 2014. The hottest lady is the younger daughter of famous director Mahesh Bhatt and the winner of several accolades.

In 2019, Forbes India considered the name of this newfound beauty into the list of Celebrity list 100. Amrita Singh and Saif Ali Khan are the proud parents of this stunning Kedarnath actress.

The graceful appearance and pretty face made Kiara Advani the queen of hearts for millions within a short span. Her elegance is impressive in every movie, like Fugly, Shershaah, etc.

In recent times, the popularity of the charming Kriti Sanon has been quite noticeable. She also won the title of the Best Female Actor in Filmfare Awards of 2014 for her debut movie Heropanti.

The list of most beautiful Bollywood Actresses will remain incomplete without mentioning Shraddha Kapoor’s name. The daughter of Bollywood vamp Shakti Kapoor also occupies a place on the Under 30 list of Forbes Asia.

This pretty young girl won many accolades for her brilliant debut in 2019 in the movie Student of the Year 2. Moreover, she supported a social welfare movement called Go Positive and emerged as a popular youth icon.

The strikingly beautiful actress bagged Filmfare Awards for her marvelous performances. One of the most successful movies of her career is Befikre, with Ranveer Singh as her hero.

The Gangs of Wasseypur star received immense recognition and love from the audience for her elegance and superb acting.

Disha Patani is truly a sex bomb with an impressive fanbase on social media. The Indian beauty began the journey with the biopic of MS. Dhoni, starring Sushant Singh Rajput.

The National Award winner Kangana Ranaut is appreciated for her straightforward nature, confidence, and perfect looks. Her performances are truly remarkable.

Thus, every actress is beautiful in separate ways, making it difficult to choose only a few. This was a small step to capture only 15 names in the short space.