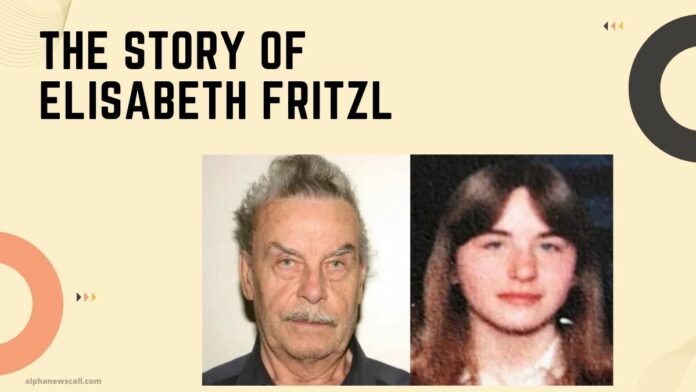 In 2008, the Austrian Police received a very sensitive case of a father torturing his daughter for continuous years. The 24-year-old complained about how his father brutally raped her. Moreover, he kept her as a captive in their home’s Basement.

This unfortunate child of Rosemarie and Josef Fritzl was Elisabeth Fritzl.

Check Out The Story Of Elisabeth Fritzl, The Girl In The basement!

The Police immediately charged her father and finally took him into custody. However, this incident made Elisabeth a sensational topic throughout the nation overnight. People referred to her story as the Story of the Girl in the Basement. After investigation, the world came to know that Fritzl’s birth year is 1966, and she has six siblings also. Here is the detail of her early life and how she ended up in a basement.

Story That Shakes You Up

Elisabeth was like any other child but faced tremendous torture from the tender age of 11 years only. It is unthinkable that her father was the culprit behind her consecutive rapes.

However, when the young girl was growing up, she understood her father’s intentions and wanted to drift away from this life. But she waited for the right time to arrive. Moreover, her mother also did not come to her rescue.

Elisabeth did not lose hope and attended school like a normal kid and finally gave full efforts to become a waitress at the age of 15.

However, in 1983, she could not bear the pain any longer and ran away. However, the Police succeeded in discovering her from her hideout at a friend’s place and brought her back. Then Elisabeth decided to get a proper job after completing the course waitressing.

The Girl In The Basement

The world knows Elisabeth Fritzl today from the movie about her pathetic life in the cellar. However, presently she is in a safe shelter with her kids, leading a normal life with a different identity.

It was very important to bring her back from the dark life full of trauma. The atrocities of Josef forced her to lead a disturbing life without any interaction with the outside world.

Without knowing the evil motives of her father, Elisabeth agreed to help him with some fittings of the basement door. That was 1983, and it changed the life of the beautiful maiden forever. The innocent girl entered the place with her father but could not get out as an ether-soaked cloth covered her face.

During those times of the cold war, several people got permission to utilize the Basement as a place for nuclear bunkers. Josef took advantage of this situation and built an underground cellar to keep Elisabeth as a sex slave.

As a result, she suffered from around 3000 rapes done by her own father. Not only that, she became the mother of 7 babies in this process.

For 24 years, the girl remained in the darkness and suffered the tremendous tortures of the iron chains, rods, slaps, and wild sex. Three of her kids lived with her. But the other three suddenly made a presence on the doorstep of their house.

A New Interest To Live

After holding the babies in her hands, Elisabeth finally found a new reason to stay alive. However, she gave birth most weirdly only with the support of scissors and disinfectant.

For 12 years, she did not even get any medical help with no way to leave the place also. The reports say that Josef accepted that he made the Basement doors electrified.

However, all these dark years first saw the sunlight due to the sudden sickness, Kerstin. Josef was forced to take the 19-year-old to the hospital immediately, where the condition made the doctors suspect something unnatural. They secretly contacted the Police and explained the condition of the patient.

Although Fritzl framed various fake stories supporting this condition, nobody believed him. There was news all over the television, and Elisabeth also heard about it. She managed to flee and reach the hospital to save her child.

The hospital authorities supported her in every possible way and quickly separated her from her father. The Police immediately arrested Josef on multiple charges of child sex abuse, inhuman torture, and several other allegations.

Josef is still in prison and suffering from dementia. On the other hand, Elisabeth is living peacefully now with her kids under one roof. The authorities did everything to make them forget the dark past and embrace a normal life.