Joey Defrancesco, the munificent Jazz Organist, saxophonist, and trumpeter of America died on...
HomeEntertainmentAnatomy of a... 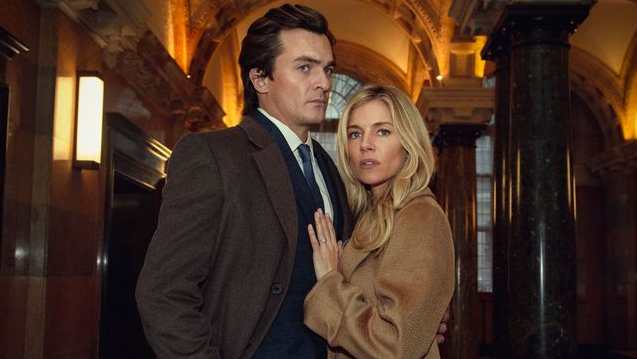 With its nail-biting and infuriating story of sexual assault and controversy, Netflix’s Anatomy of a Scandal has sucked the wind out of fans’ sails. Based on Sarah Vaughan’s novel of the same name, the series follows James Whitehouse, a married MP and junior government minister (played by Obi-Wan Kenobi and The French Dispatch star Rupert Friend). James’ political and personal life—he is married with two children—is thrown upside down when his affair with an aide, Olivia Lytton (played by Naomi Scott from Charlie’s Angels), is uncovered. Anatomy of a Scandal Season 2 is not yet announced.

James’ predicament quickly deteriorates when Olivia goes to the police to file a rape charge against him. What ensues is a tumultuous legal battle that spans time periods and addresses the issue of consent and how it impacts everyone in one’s life – not least James’s wife Sophie (played by Sienna Miller), who is forced to cast all she knows into doubt as new revelations about his behavior emerge.

Here is everything we currently know about the show’s future.

Will There Be an Anatomy of a Scandal Season 2?

Season 1 of ‘Anatomy of a Scandal’ aired on Netflix on April 15, 2022. The first season consists of six episodes ranging in length from 43 to 46 minutes each.

Neither the show’s producers nor the network has announced that a second season will be developed. However, future seasons are expected to be anthology-style, with each season focused on a different controversy. The 2018 series ‘A Very English Scandal’ and its 2021 sequel ‘A Very British Scandal’ serve as an excellent contrast. While the former is based on John Preston’s 2016 book of the same name and centers on the 1970s Jeremy Thorpe scandal, the latter is a dramatized retelling of the 1963 Argyll vs. Argyll divorce case.

At the end of the day, it all boils down to how well the show performs in terms of viewership. As previously stated, critics have given ‘Anatomy of a Scandal’ mixed reviews. To earn another season on Netflix, the show must truly wow the audience. Therefore, assuming the show lives up to the network’s expectations and is renewed within the next few months, viewers can anticipate ‘Anatomy of a Scandal’ season 2 to premiere in 2023, if renewed.

Season 2 of Anatomy of a Scandal: What Could Be The Plot?

On this one, the clue is in the title. The show will be a deconstruction of a controversy, maybe as the court case proceeds, with both sides of the tale shown through the eyes of the people telling them.

The show’s first season centers on a rape allegation leveled against a political staffer who was having an affair with a high-flying MP.

The season’s conclusion established that the claim was real, with James’ wife departing after discovering clear evidence that, despite his not-guilty verdict in court, he had a history of sexual assault.

In the dying minutes, Sophie struck a fatal blow by releasing a narrative concerning not only the MP but also the Prime Minister, who had taken heroin during his time as a Libertine at Oxford and later antagonized a fellow member of the elite club, leading to his death. James then assisted the PM in concealing the incident.

However, the Libertines are also notorious for their rowdy behavior and rituals, and frequently make large cash-in-hand payments to compensate for the damage caused by their blowouts. Additionally, they were renowned for their formal dress, which is depicted in the show.

However, whether a second season would delve deeper into the Libertines is pure speculation, as the show’s destiny is literally up to the creators.

Season 2 of Anatomy of a Scandal: Probable Cast If Renewed

Amelie Bea-Smith (Emily Whitehouse) and Joshua McGuire also appear in the show (Chris Clarke). Given that ‘Anatomy of a Scandal’ is supposedly being developed as an anthology series, season 2 will almost certainly feature a completely different cast if renewed. If any member of the season 1 cast returns, they may reprise a role from the first season.

Season 1 of Anatomy of a Scandal Story

The series chronicles the lives of the favored few in British politics’ upper class. We follow Sophie and James Whitehouse’s lives throughout the first season. James, a senior Westminster politician, is thriving and appears to be on track to continue his successful political career, aided by his wife and family. He may, however, be on the verge of losing both his profession and family when he is accused of rape by an ex-lover.

The charges are too much for his wife, Sophie, who believed her husband was a kind man. While her faith in her husband is initially strong, it begins to erode as the truth unravels, prompting her to question her marriage and the events leading up to this point.

As the series progresses, not only the audience but also the characters begin to doubt who is telling the truth. Will the marriage withstand the pressures of such a public scandal, and will Sophie ever uncover the truth about her husband’s affair with a former colleague? This drama features numerous flashbacks that allow viewers to learn more about the characters, particularly the principal barrister, who has her own motivations for proving James’ guilt.

With the song “Heads Will Roll” by Yeah Yeah Yeah playing in the background, the trailer provides a glimpse inside the lives of these fortunate few, leaving us to wonder what is the truth and who is the true perpetrator of deception. You can binge on the first season until a second season is renewed.

What Is the Total Number of Episodes in Anatomy of a Scandal?

The first season of Anatomy of a Scandal will consist of six episodes, with succeeding seasons likely to focus on a new public scandal, humanizing each of the people and the impact of public scandals on their lives and relationships. S.J. Clarkson directed every episode of Season 1.