Umbrella Academy Season 3: Release Date and All You Need To Know 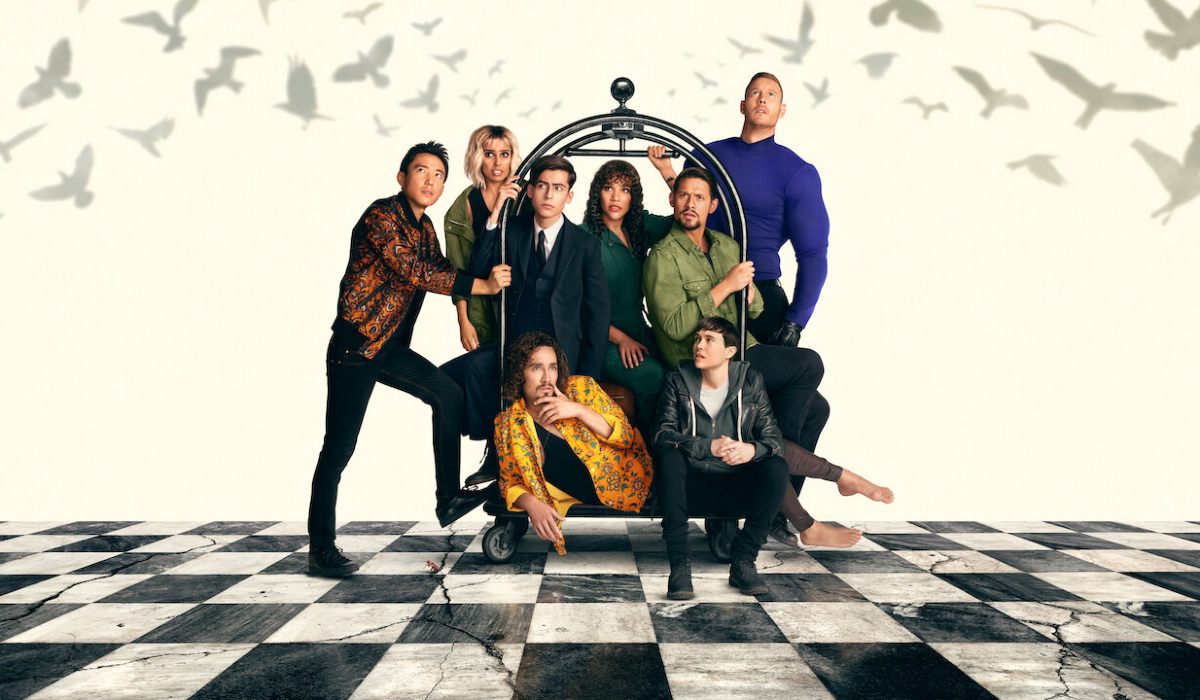 The Umbrella Academy is an American superhero streaming television series based on the Gerard Way and Gabriel Bá comic book series of the same name. Steve Blackman and Jeremy Slater created the show for Netflix. It centers on a dysfunctional family of adoptive superheroes who reunite to investigate the mystery of their father’s death and the threat of an impending apocalypse. Borderline Entertainment, Dark Horse Entertainment, and Universal Cable Productions are producing the project.

It was later canceled in favor of a television series in 2015 but was resurrected by Netflix in July 2017. Toronto and Hamilton, Ontario, are the locations for the series filming. 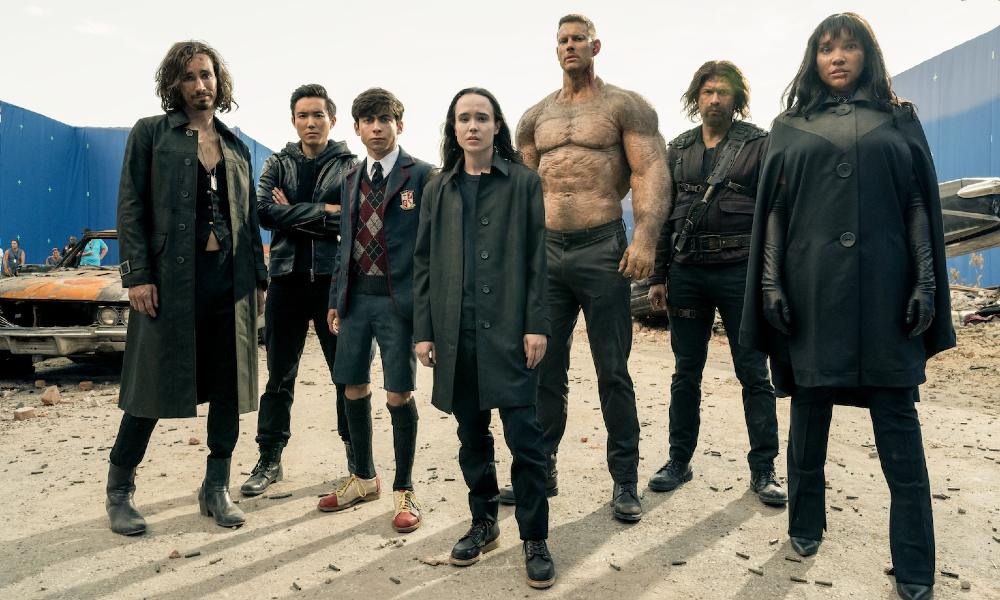 The first season premiered on February 15, 2019, on Netflix. Netflix stated in April 2019 that 45 million households watched season one in its first month, making it one of the year’s most-streamed series. Following the first season’s popularity, the series was renewed for a second season, which will premiere on July 31, 2020. Both seasons garnered favorable critical receptions. The series was renewed for a third season in November 2020, with the third installment scheduled to premiere on June 22, 2022.

Season 3 of The Umbrella Academy will air in 2022

By now, fans should be aware that The Umbrella Academy Season 3 will premiere on Netflix on June 22. However, aside from a brief teaser that coincided with the third season’s official release date, we have yet to see any video in advance of the Netflix show’s comeback.

This, however, may be about to change. Netflix has been ramping up its season 3 promotional campaign, releasing new artwork, announcing new cast members, and confirming that Elliot Page’s Vanya Hargreeves will come out as transgender in the show’s upcoming installment.

What can we expect from the third season of The Umbrella Academy?

Since we’ve avoided the end of the world twice now, it’s reasonable to assume that a third attempt to avoid Armageddon will be forthcoming. Even though it wouldn’t be a welcome change of pace, The Umbrella Academy Season 3 will almost certainly feature another end-of-the-world scenario based on the comics.

When you consider the episode titles, which we’ll get to later, that looks even more feasible.

An equally powerful group of humans will confront The Umbrella Academy at some point. The Sparrow Academy, an alternate reality group with its own set of talents, was revealed in the last scene of Season 2.

So, no, the Sparrow Academy isn’t a brand-new superhero team created specifically for The Umbrella Academy. They were first revealed in the last pages of The Umbrella Academy’s most current graphic book volume, Hotel Oblivion. It’s still exciting to see them in a live-action setting on television.

After all, we’ve already seen a tiny glimpse of season 3 in the “release date” portion above. If you’ve never read the comics, this is a hotel-style prison in space where the galaxy’s most infamous supervillains are being held by the Umbrella Academy and other heroic characters. Season 3 will include some new villains, so be prepared for that.

Elliot Page, Tom Hopper, and Emmy Raver-Lampman, three of the show’s actors, have all hinted at “delightful surprises” on the way. Obviously, nothing major was revealed by the trio, but it appears that The Sparrow Academy will have a hand in those tantalizing story points:

For the time being, let’s take a quick look back at the conclusion of Season 2 and speculate on how it might play a role in Season 3.

For the first season, the Hargreeves were back in 2019 in their own time, but in season two, they traveled back in time to the 1960s. And things aren’t going to get any better for them soon.

Season 1’s surrogate father, Sir Reginald Hargreaves, is still alive in this version of the universe. He doesn’t take long to disclose that the familiar-looking house “isn’t your home,” returning to his typically icy manner of parenting. The headquarters of The Sparrow Academy can be found here.

Normally, the swaying cube of The Sparrow Academy would be the focus of Luther and the rest of the team’s attention (more on this in a bit). Ben Hargreeves, the family’s departed brother, who lost his life (again) to save Diego, Allison, Klaus, and Vanya in season 2, is revealed to be The Sparrows’ vice-captain to the amazement of the gang.

No, this isn’t the loving Ben that fans are accustomed to; rather, an impertinent and self-serving narrator. Ben’s actor, Justin H. Min, has said that he didn’t expect to return for season 3. Given that Ben does not appear to be a member of the Sparrows in the comics, Min and the viewers were equally surprised by this change of events:

We may be able to see a few fresh flashbacks to when the members of The Umbrella Academy were younger. Two seasons ago, Ethan Hwang, who played a young Ben Hargreeves, shared an Instagram photo of himself with Min:

It’s possible that the two were just hanging out, but we think it’s a bit of a coincidence that they met when production for Season 3 was still in progress. The return of a young Ben raises two intriguing possibilities.

In the first place, we’re seeing recollections of Ben’s time in the Umbrella Academy, both individually and collectively. Is it possible to learn how he died? It would provide some much-needed clarification on a number of long-standing mysteries surrounding the fan favorite.

Ben could be a young student at The Sparrow Academy even if this isn’t the case right now. We’d be able to learn more about how Ben grew up in the Sparrows and why he’s so different from the Ben we knew in seasons 1 and 2.

It has also been hinted at by Rita Arya, the actress who played Lila in season 2 and is returning for season 3. She added in an interview with ComicBook.com: “It is my goal that the audience enjoys seeing more of Lila’s development in the future. I’m hoping it’ll be entertaining to watch. During filming, I had a lot of fun getting to know more about the character and how she interacted with her family. So, I sincerely hope that was clear.”

Who will return for season 3 of The Umbrella Academy?

Season 3 will see the return of the series’ seven main cast members:

Colm Feore (Sir Reginald Hargreeves) is expected to return as both superhero groups’ surrogate fathers. Adam Godley (Pogo the chimp) and Jordan Claire Robbins (Grace Hargreeves/Mom) could also return as alternate-dimension versions of their Umbrella Academy counterparts, but we haven’t heard anything yet.

Ritu Arya will also reprise her role as Lila Pitts. The actress, who initially appeared in season 2, confirmed her return via her Instagram account on the final day of filming for season 3. As a result, we’re sure to see more of Diego and Lila’s on-again, off-again relationship.

Is there a trailer for the third season of The Umbrella Academy?

Along with the announcement of a release date, fans were given a teaser clip. This follows the February release of promotional images. If the seven photos hinted at the tension between the Sparrows and the Umbrellas, the teaser strongly implies that a clash is imminent. How could it not be, given that Sir Reginald Hargreeves raised both kinds of superhumans? That is a twofold increase in emotional disorders.

The Umbrellas and Sparrows square off in the footage to the accompaniment of a dramatic musical composition involving violins (Vanya, weren’t you meant to have kicked that habit?). Both Number 1s – Luther Hargreeves (the OG) and Marcus Hargreeves (leader of the Sparrows and doppelganger of Luther) – approach each other with mano-a-mano energy.

The others appear understandably anxious. Ben cricks his neck as if poised to pounce, and if we’re not mistaken, was Marcus starting the advance? The trailer ends before we can confirm it fully.

Regardless of Ben’s new connection, we’re sure we’re not alone in hoping he returns to the Umbrella fold. Regrettably, this clip only provides a glimpse of what’s to come in the upcoming season. However, this is undoubtedly only a teaser. There are hardly enough fragments here to assemble a whole picture. Therefore, stay tuned; we’ll stomp the violins as soon as a full trailer is released.