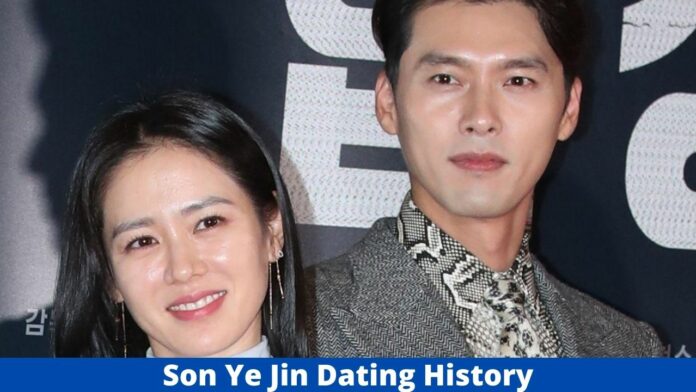 Son and Hyun announced their engagement via letters posted to their social media sites on February 10, 2022. On March 31, 2022, they married in a private ceremony attended by their parents and friends from both families.

“Actor Hyun Bin and actor Son Ye Jin are marrying and taking their first steps as a married couple,” the agency said on Instagram alongside photos of Hyun and Son’s official wedding photos. Son and Hyun were photographed holding hands while posing in their wedding attire. Hyun wore a white suit and Son wore a lovely white dress. They’re posing in front of a rose wall.

Where did Hyun Bin tie the knot?

How did Hyun Bin and Son Ye Jin meet?

Hyun Bin, on the other hand, expressed his joy after meeting Son Ye Jin and learning about her job. “I expected her to be highly serious and sensitive about her acting because we met through work.” During the film’s advertising, he noted, “But she was actually extremely easygoing and down to earth.”

Son Ye Jin now understands how love can transform everything, even her perspective on relationships.

Son Ye Jin has undoubtedly been linked to her co-stars as an actress who began her career in the late 1990s. Her unrivalled beauty and acting abilities shone even more.

Her career began in 2003, when she began working in The Classic and Summer Scent. She has continued to land other parts after then, earning the title of “Nation’s First Love.”

Son Ye Jin had no doubt met good men in the previous years, as she had already amassed a number of titles. She worked with Korean actors in a number of films and series over the course of her career, including Alone in Love, Personal Taste, My Wife Got Married, The Last Princess, and Something in the Rain.

Despite the fact that she receives a lot of media exposure, no one knew who she was seeing until she started dating Hyun Bin.

Son Ye Jin explains why she has never publicly dated anyone.

Son Ye Jin previously claimed to being secretive about her private life, particularly her love life, prior to her high-profile romance with Hyun Bin.

She previously stated why her current relationship is blossoming, telling KBS Entertainment Weekly (as reported by Korea Portal) that she has very high standards when it comes to choosing who she should date.

“Right now, I’m unable to date. It’s not easy to date because you have to go out and meet people and go on blind dates. It gets more difficult as you get older “she stated

Son Ye Jin preferred to keep things low-key until she met Hyun Bin, despite her prospects of having a romance with her past co-stars. As a result, people assumed that the actor was the first and only person to match her requirements.