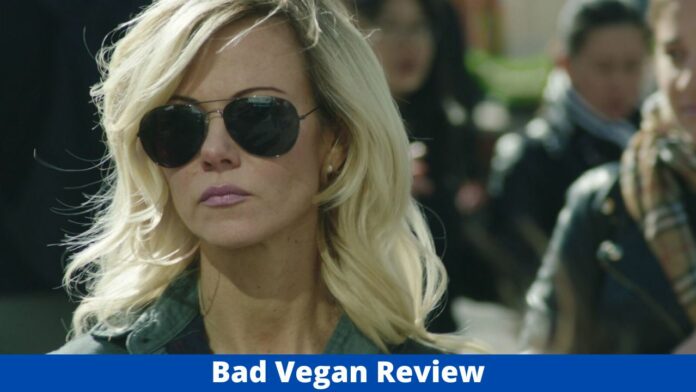 Bad Vegan, Netflix’s latest true-crime documentary series, is all the rage right now, and for good reason: there’s an incredible true-life narrative behind it all.

Created by the executive producer of Tiger King, one of the finest true crime programmes on Netflix, and the director of Fyre: The Greatest Party That Never Happened, you can already anticipate the crazy rollercoaster the show will take us on, and we’re ready for it. In fact, based on the description, it may be the most bizarre real storey we’ve ever heard.

The four-part series debuted on Netflix in mid-March 2022 and is now accessible to view in its entirety. So, before you start binge-watching Bad Vegan: Fame, Fraud, Fugitives, here are some things you should know about it, including the trailer and the true tale behind it…

Vegan has a release date:

Bad Vegan will be available on Netflix on March 16th.

From that point forward, all four episodes of the series, developed by Tiger King producer and Fyre: The Greatest Party That Never Happened director Chris Smith, will be accessible to stream on the site.

What is Netflix’s true crime doc ‘Bad Vegan’ about?

The documentary explores the tale of New York’s top raw vegan restaurant and its star chef, Sarma Melngailis, whose empire crumbled after she met a man called Shane Fox on Twitter. Fox, like The Tinder Swindler, promised her the world and then wrecked her life.

Pure Food and Wine, Melngailis’ restaurant, was launched in New York City in 2004. It was regarded as one of Manhattan’s finest vegan fine-dining establishments, guaranteeing visitors a “high-end, fine-dining vegan experience” and drawing celebrity patrons such as Owen Wilson, Bill Clinton, Alec Baldwin, and Woody Harrelson.

Melngailis met Fox in 2011 when he reached out to her on Twitter, promising to solve her financial difficulties and even promising to make her pet dog live forever (weird, we know) if she caved to his demands. As the two became closer, she began draining money from her business, believing he could alter her life and make all of her aspirations come true.

A year later, the couple married and went on the run from authorities after taking roughly $2 million from the restaurant and its employees. They went virtually unnoticed in 2015, despite the fact that they were wanted for fraud and violations of labour rules. But it all came crashing down in 2016 when they were discovered at a Tennessee motel when Fox ordered a pizza under his true identity, Anthony Strangis, bringing authorities straight to the pair.

What a great way to go!

According to reviews, Bad Vegan is ‘fascinating,’ and it’s even more outlandish than The Tinder Swindler.

The reviews for Bad Vegan appear to be positive. Variety described it as a “fascinating storey,” adding that the “astonishing combination of facts the video manages to present is not for nothing, and anyone interested in hearing level-headed people recount watching their boss break down will be persuaded.” According to TV Guide, the series has a “juicy” narrative that is “tastier than previous scam-based options.” It goes on to add that the show is “one of Netflix’s finest true-crime docuseries in recent memory,” and that Sarma Melngailis is “riveting” as a topic.

Twitter has also had *a lot* to say about the documentary, with many users comparing the con narrative to The Tinder Swindler and claiming that it doesn’t add up. Others have stated that everyone should see the show “right now.”

In Bad Vegan, who is interviewed?

Many persons engaged with the narrative of Sarma Melngailis’ demise, including Melngailis herself, are interviewed in Bad Vegan.

“We recorded eight hours and I recall for the first two and a half hours, I wasn’t really persuaded that there was anything there,” Smith said of interviewing Melngailis for the docuseries.

“And then something changed about a third of the way through, when it really started to unveil itself in terms of the subtlety of her trip.” When ‘Shane’ entered the scene, the narrative sprang to life.”

The official trailer for the documentary The Bad Vegan offers a decent idea of what to anticipate from the film. There will, without a doubt, be drama.

How many ‘Bad Vegan’ episodes are there?

The Netflix docu-series Bad Vegan has four episodes, each lasting between 44 minutes to an hour. That leaves a lot of room for controversy, concealment, and deception!