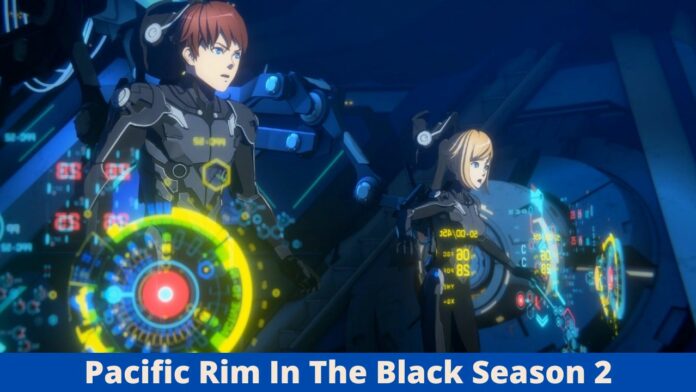 Pacific Rim: The Black is a net anime series created by a Japanese–American team based on the Pacific Rim franchise. Greg Johnson and Craig Kyle created and co-wrote the Netflix series, which premiered on March 4, 2021.

The Pacific Rim franchise demonstrates that you can never be too old to appreciate a good old-fashioned battle between enormous robots and creatures from other realms. The two live-action flicks depict a world in which humanity’s last hope for averting an extraterrestrial attack is to construct massive robots that require two pilots who share a psychic link to function properly. It’s a wonderful concept, and while Pacific Rim 3 doesn’t look to be on the horizon, the world lives on with one of the most intriguing original anime themes to ever come out of Netflix – Pacific Rim: The Black.

The show debuted on March 4, 2021, and it didn’t take long for anime lovers to binge-watch all seven episodes of the first season. Season 1 ended with a number of narrative lines left open for future episodes to take upon, and fans have been waiting for any word about fresh stories set in The Black with bated breath. Of course, anyone who followed the show’s production before it aired would know that Netflix purchased two seasons well in advance, but the Pacific Rim Twitter feed appears to have wished to allay any anxieties by announcing on March 31 that a second season is in the works. So far, here’s all we know about Pacific Rim: The Black season 2.

As of present, no official release date for Pacific Rim: The Black season 2 has been announced. However, based on what we’ve seen from previous Netflix anime, fresh episodes should arrive in a little more than a year. For example, the three seasons of Castlevania that have so far been released have spanned between 15 and 16 months. Assuming Pacific Rim maintains a similar timetable, with season 1 arriving in March of 2021, season 2 should arrive somewhere in the summer of 2022.

However, given that Netflix purchased two seasons before the first one even aired, it’s feasible that the following season may be released sooner. That implies the animation studio may have a slight advantage in terms of getting things moving. There’s no way to tell how far the process has progressed, so keep checking back with us for further updates as they become available.

With no fresh casting announcements for Pacific Rim In The Black season 2 yet, as well as no precise narrative specifics, there’s no news on whether someone new is joining the cast. However, we can expect several of the cast members from Season 1 to return, including Gideon Adlon as Hayley, Calum Worthy as Taylor, Victoria Grace as Mei, Ben Diskin as Boy, and Erica Lindbeck as Loa. Shane (Andy McPhee) from the first season is also still alive and well somewhere in the globe, so we may anticipate him to return as well.

More individuals are expected to join the conflict, as the season 1 finale hinted at the appearance of a gang of kaiju cultists who are highly interested in Boy’s potential to change into one of the monsters himself. So far, we’ve only heard one of these religious nuts speak, but as we learn more about their faith, anticipate additional performers to join the group.

Season 2 of Pacific Rim In The Black has a plot:

Season 1 follows Taylor and Hayley as they go on a journey with their very own Jaeger to find their parents, who abandoned them years ago on a quest to cleanse the planet of kaiju. They never returned, and while the adolescents do not find their parents by the conclusion of the season, they do learn more about what happened to them. The duo learns that their parents abandoned their Jaeger years ago and most likely found their way to Sydney, Australia, so that’s where they’ll stay for season 2.

There will undoubtedly be some difficulties ahead. Shane plainly wants those kids dead, and now that Mei has betrayed him after years of treating her like a daughter, he’s likely out for blood. There are also the enigmatic cloaked people on the hunt for Boy, a.k.a. the Kaiju Messiah. We’ll undoubtedly find out more about their contract and what they want to do with Boy, but it’s not going to be good. And, of course, they’re still on a continent teeming with monsters, so anticipate plenty of epic confrontations in season 2. The real issue is whether we’ll get to see more than a few new Jaegers join the fray.

Finally, we can be very assured that Pacific Rim In The Black season 2 will have plenty of punching, gunfire, and weird powers. And, honestly, what more could you want from a show?