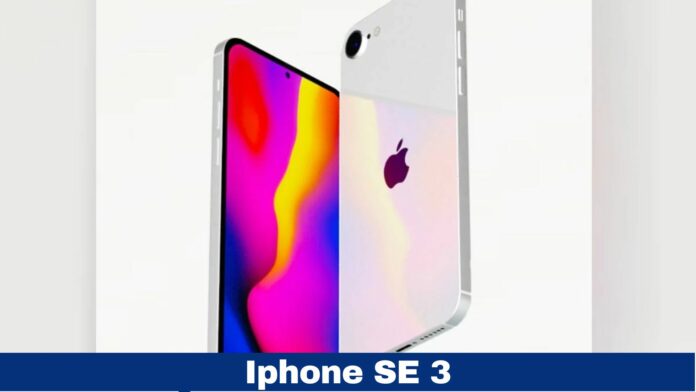 The next Apple iPhone SE 3 is a superb blend of utility and beauty. The phone is expected to be released in India on March 24, 2022 (Unofficial) at an entry price of Rs 45,990. This lightweight, slim, and attractive phone will be available in a variety of color combinations.

According to the latest reports, the iPhone SE 3 will be unveiled tomorrow at Apple’s upcoming presentation (March 8). This is supported by the discovery of a placeholder shop page for the phone on an Asian mobile carrier’s website, implying that the carrier believes (or possibly knows) the phone is on its way.

To bolster but also confuse matters, a leaked listing for a Belkin screen protector says that the iPhone SE (2022) will be released on or around March 10. That is when the accessory is posted as being for sale.

If you’re wondering if the buzz is worth it, read our guide to deciding whether to wait for the iPhone SE 3 or buy the iPhone SE now.

Price prediction for the iPhone SE in 2022

According to one report, the iPhone SE 3 might cost as little as $300. According to Loop Capital Markets analyst John Donovan, this is according to a story in Investors Business Daily. Analyst Daniel Ives, on the other hand, expects Apple would keep with the $399 beginning price, though he does not rule out lower pricing.

According to JP Morgan, the iPhone SE (2022) might sell more than a billion copies due to its ability to attract “roughly 1.4 billion low-to-mid-end Android phones and around 300 million older iPhone model customers.”

That’s a big forecast, but it appears to be aided by competitive pricing and trade-in value. According to Samik Chatterjee, an analyst at JP Morgan, while Apple’s trade-in value for older Android phones vs older iPhones is biassed in favor of Apple phones, the iPhone SE (2022) might have an average beginning price ranging between $269 and $399. With tempting pricing, the next iPhone might sell in massive quantities.

According to display researcher Ross Young, the next low-cost iPhone will be dubbed the iPhone SE Plus 5G, and it will retain a 4.7-inch display. Then, quite unexpectedly, Young has stated that another iPhone SE model would be released in 2023 or 2024, featuring a 5.7-inch display.

Another option is that Apple simply adds a 5G to the iPhone SE moniker — for example, iPhone SE 5G — to highlight the most anticipated feature of this year’s model.

As it is reported to be equipped with a Hexa Core (3.1 GHz, Dual-core, Firestorm + 1.8 GHz, Quad-core, Icestorm) CPU, the phone will provide a speedier and lag-free performance whether viewing movies, playing high graphics games, or browsing the web. Furthermore, the next smartphone will have 3 GB of RAM, allowing you to navigate between various programs without interruption. It may also include 64 GB of internal storage, allowing you to save all of your songs, films, games, and other media on the phone without worrying about space limitations.

Apple’s future smartphone is expected to use the iOS v14 operating system. It may also include a 2821 mAh battery, which will allow you to use the smartphone for extended periods of time while playing games, listening to music, watching movies, and other activities without worrying about battery loss.

Because the phone may have a single camera arrangement on the back, you will be able to improve your photography talents. It is rumored that there will be a 12 MP + 12 MP camera so that you can take some beautiful photos. Digital Zoom, Auto Flash, Face recognition, and Touch to Focus may be included in the back camera arrangement. You will also be able to take stunning selfies and conduct video chats since the Apple iPhone SE 3 is rumored to include a 12 MP front camera.

WiFi – Yes, Wi-Fi 802.11, b/g/n, Mobile Hotspot, Bluetooth – Yes, v5.1, and 5G supported by the device (network not rolled-out in India), 4G (supports Indian bands), 3G, 2G are said to be among the connection choices for the Apple iPhone SE 3. Furthermore, sensors on the smartphone may include a light sensor, a proximity sensor, an accelerometer, a compass, and a gyroscope.