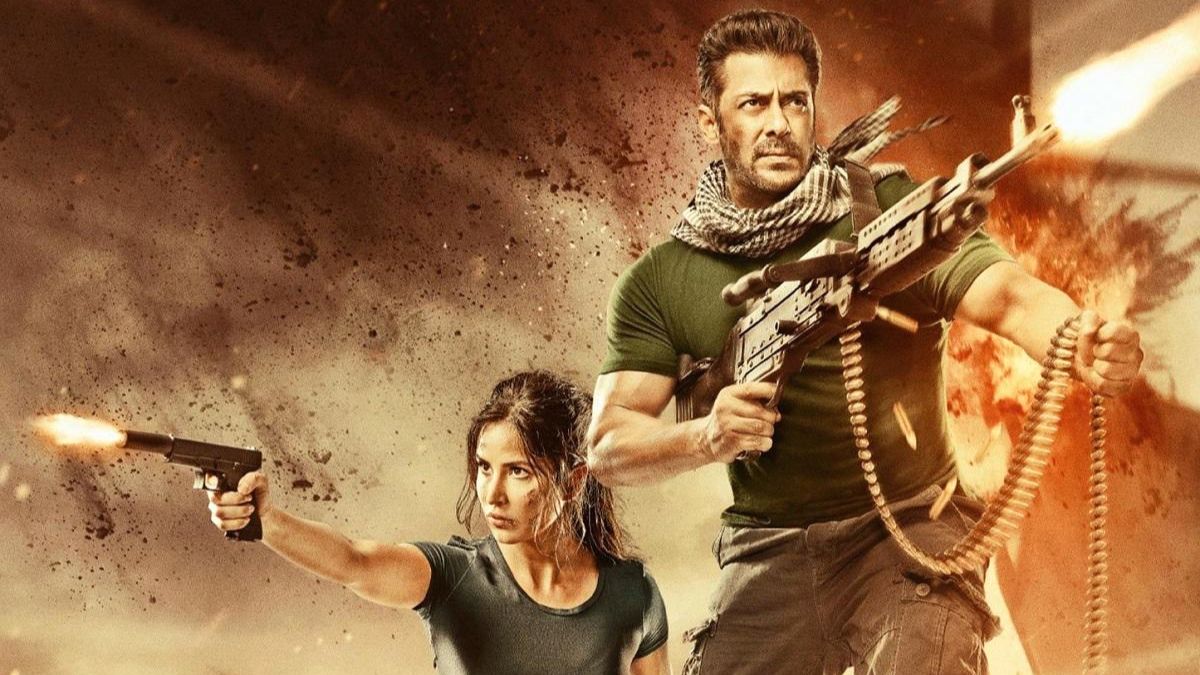 Tiger, the Bollywood blockbuster film franchise, is about to release its third film. Tiger 3 (Tiger Aayega), starring Salman Khan and Katrina Kaif, will be released next year.

It is considered to be the third and last entry in the Tiger series. Salman Khan and Katrina Kaif, who play RAW agent Abhinash Singh Rathore and ISI spy Zoya Humaini, will reprise their roles.

Fans of Salman Khan and Katrina Kaif are ecstatic to get a taste of maximum energy, action, and romance.

Let’s have a look at some fascinating data about the movie’s confirmed Release Date, Teaser Trailer, Salman Khan, And Katrina Kaif Are Coming Back Together.

Tiger 3 release date became the most talked-about topic in the entertainment industry as soon as filming began in Russia, Istanbul (Turkey), and Mumbai.

According to reports, Salman Khan, Katrina Kaif, and other actors have completed the international shoot for Tiger 3.

Salman Khan has already begun filming in Mumbai for the project. Katrina Kaif, who married Vicky Kaushal on December 9, also returned to the set.

There were various predictions regarding the film’s release date, one of which being that it would be released on April 29, 2022, during Eid. However, the ultimate release date of Tiger 3 is April 21, 2023.

The movie will be released in three different languages: Hindi, Tamil, and Telugu.

There has been conjecture regarding Shahrukh’s participation with Salman Khan in Tiger 3, but sources have now verified that he would be portraying a RAW agent and has begun filming in Mumbai.

Fans would go berserk to watch Shahrukh and Salman in a film together. Following the completion of his 12-day schedule at Yash Raj Studios in Andheri, Shahrukh will go to Europe to film his forthcoming feature, Pathan.

Aditya Chopra produces the film through his company, Yash Raj Films. Maneesh Sharma, the director of Sui Dhaga (2018), will take over for Ali Abbas Zafar. Despite having directed several films in the past, this will be his first foray into the genre.

Salman Khan And Katrina Kaif Are Coming Back Together

Tiger 3 will see Salman Khan and Katrina Kaif reprise their roles as Tiger and Zoya in Maneesh Sharma’s forthcoming directorial. The third episode is larger and will be filmed on a larger scale. The performers are all prepared to take over the big screen on Eid 2023—April 21, 2023—with their flick.

In the teaser, Katrina Kaif is seen performing feats with the assistance of stunt choreographers. After the exercise, she approaches a sleepy Salman and invites him to begin his practice as well. “Tiger is always prepared,” he claims.

The actors were most recently seen together in the 2019 film Bharat.