Dicktown Season 2 Release Date, Cast, Plot, and Other Updates That You Must Know! 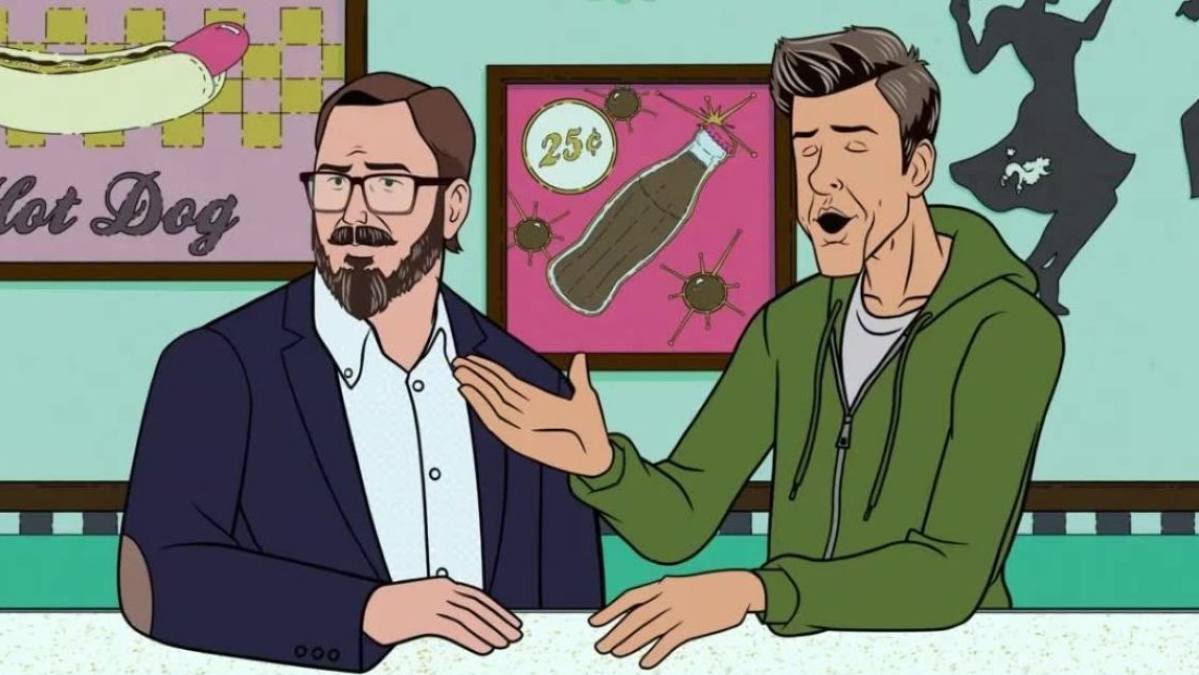 The elderly boy detective John Hunchman and his stuck-in-highschool-glory-days sidekick David Purefoy are back on the case, but this time in their own FXX stand-alone series.

Dicktown, the animated comedy miniseries, is returning with more strange and seemingly pointless mysteries for the 40-something-year-old detective duo to solve for teenagers in the aptly named Richardsville “Dicktown” North Carolina, where the pair learns that they are losing touch with their young customers while overcoming the obstacles of a post-arch enemy bromance.

You’ve come to the correct place if you want to learn more about the current season of Dicktown.

Dicktown debuted on FXX’s anthology series Cake on July 9, 2020, with 10 pieces showing over its third season; these segments were also published as individual episodes for streaming on Hulu, classed as season 1.

Dicktown’s second season – its first as a solo series on linear television – has released on FXX in the United States and Canada on March 3, 2022, with two portions airing in a 30-minute block each week for five weeks.

The Cast of Dicktown Season 2

What Will the Second Season of Dicktown Be About?

John was Dicktown’s famed kid detective, solving Hardy Boys-style crimes, the majority of which were committed by none other than his now-best buddy and employee, David. John, who appears to be on the verge of a midlife crisis, solves bizarre and pointless riddles for the little town’s young youths, who are his only paying clients.

David, a former jock who used to bully the young bookish John in school, now works as the detective’s driver and muscle. David, used to his adolescent lifestyle, continues to live like the cool high school boy he once was, dating around and attempting to earn a buck while hanging out with John at the Lunch Hut.

Season 1 saw the nefarious team investigate mysteries like who was lurking in the shadows of famed cool-kid hangout Party Pines and why children were being trained to destroy pianos rather than play them. On John’s run-down boathouse deck, the best friends appear to always be looking out for one another while interpreting riddles, sharing inside jokes, and having psychedelic experiences.

Season 2 will see the couple fight with their maturity and continue to struggle to generate enough money to keep their company and house afloat, all while solving mysteries in the same title-card way as the first adored season. The couple now faces bigger stakes as they are invited to a murder mystery party with individuals their age and seek to garner respect and potentially patronage from other grownups by demonstrating their superior investigative abilities.

Audiences will see the two partner up with Taggy, Charlie’s Angels-style voice offering the guys leads on mysteries to solve through a toy robot, but ideally, this leads to far bigger and higher-paying cases than the lost pimento cheese recipe that they must uncover in Season 2’s opening episode. Taggy informs David and John that he can see them in high-stakes scenarios, fighting ninjas and fleeing via helicopter, but the duo is still a long way from that being a reality as they pass out business cards to more teenagers, hoping to pique the attention of their regular customers.

However, the team returns with some fantastic new gear, including night-vision goggles, camouflage to wear while they scout areas, and animal costumes to go undercover in a likely parody of the extremely charming and enormously famous social simulation video game Animal Crossing. Audiences will see the two, one of whom may be dressed in an anime costume, solve the case of a school mascot gone bad and wreaking havoc in the little town, as well as many other potentially useless mysteries. In Season 2, viewers will also learn what is painted on the side of John’s houseboat and whether or not a relationship may develop between him and his long-lost childhood detective buddy Heather, who called John out for his juvenile behavior when John revealed his actual thoughts to her. If you want to find out what additional secrets lurk on Farmer Rigsbee’s strawberry patch, you’ll have to grab a lawn chair and a sodie-pop and tune in to Dicktown Season 2’s monthly releases.

Is There a Dicktown Season 2 Trailer?

In February 2022, a teaser trailer for the upcoming second season was published, providing insight into the mysteries to be solved as well as the ludicrous shenanigans the diabolical detectives get up to.

Where Can You Watch Dicktown Season 1?

If you wish to catch up on the crimes solved by Hunchman Investigations (also known as Best Friend Crime Solvers LLC), the first 10 episodes of Dicktown are available to watch on Hulu as Dicktown Season 1. So grab the best buddy, a diner seat, and some disco fries and start binge-watching the extremely entertaining and easy-to-watch first season.