Joey Defrancesco, the munificent Jazz Organist, saxophonist, and trumpeter of America died on...
HomeEntertainmentWho Got Married...

Who Got Married On Love Is Blind Season 2? 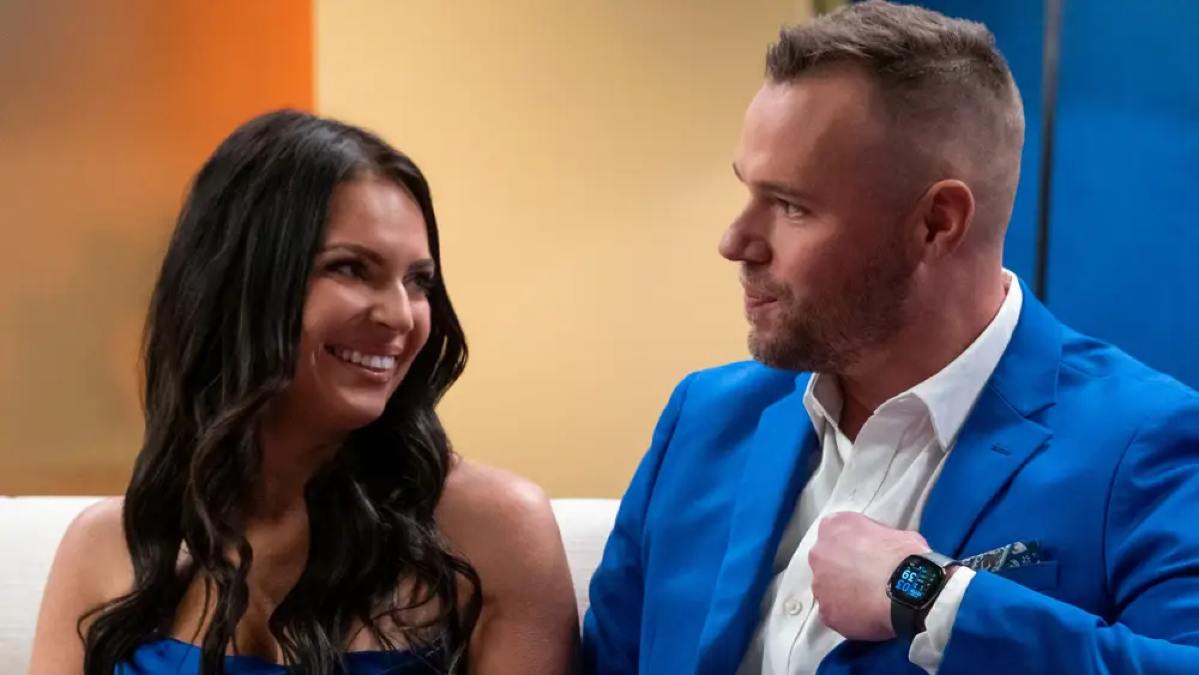 Love Is Blind is a dating reality television series developed by Chris Coelen and produced by Kinetic Content that aired on Netflix on February 13, 2020.  The series has been likened to Married at First Sight, another Kinetic Content production, and The Bachelor. On March 5, the first season was followed by a reunion special on Netflix and YouTube.

On March 24, 2020, Netflix renewed Love Is Blind for a second and third season.

Love Is Blind: Brazil launched on Netflix on October 6, 2021, as part of a three-week event. 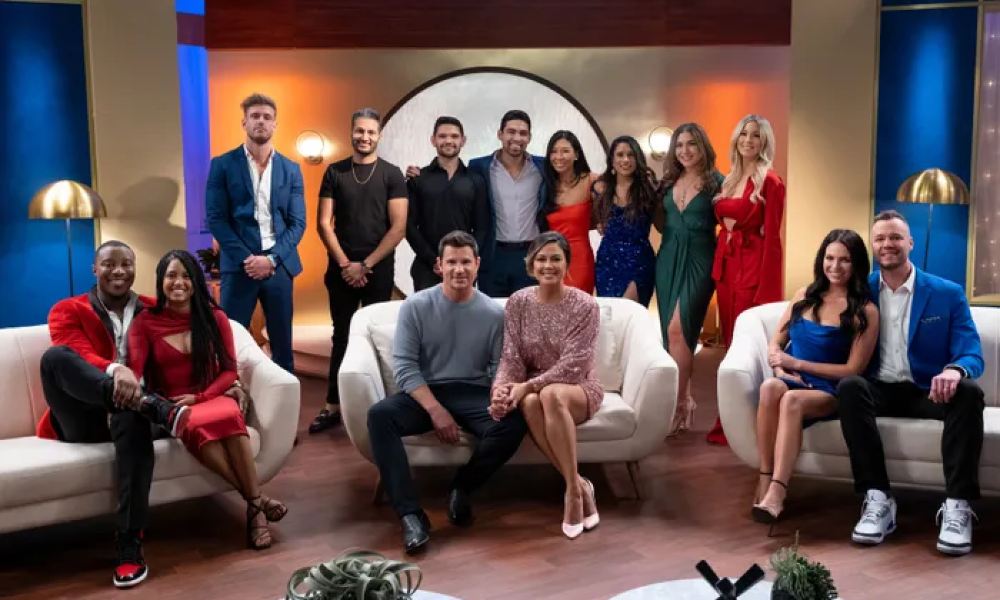 Season 2 of Love Is Blind has officially begun with wedding bells ringing. The season finale is now available on Netflix, and it answers the one question we’ve all been asking all season: who is going to be married? Every marriage has experienced high highs and dismal lows. None of these couples were as consistent as Lauren and Cameron in Season 1, making this experience completely surprising.

But now that the conclusion is available on Netflix, the mystery is over. We’re finally receiving a solid explanation of what will happen to all five couples. Will any of them speak the words “I do”? Will there be a large number of runaway brides and/or grooms? You’ll have to wait until the Season 2 conclusion of Love Is Blind to find out… or you can keep reading.

SPOILERS for Season 2 of Love Is Blind follow, including what happens throughout each wedding ceremony. Of course, you’ll have to watch the show to get the entire scoop. But if you can’t wait and need to know right away, we’ve got you covered.

Do Danielle and Nick marry?

Nick and Danielle were the first pair to have to decide whether they wanted to say “I do” or split up in front of their friends and family.

The finale picked off where the last episode left off. Viewers had previously seen Danielle say her vows and express her feelings for her fiancé.

“As you’ve regrettably discovered, I am the most indecisive person in the world,” she stated before hesitating dramatically. “And you are the only clear decision I’ve ever made.” I totally do.”

“The Wedding,” Episode 10, began with Nick’s answer. “I do,” he answered, perspiration beading on his brow.

“There is no doubt in my mind that you are the one I’m intended to be with,” Nick remarked as Danielle laughed.

Following the ceremony, the two sat on a bench together and spoke about their marriage.

“I had no idea that was for the rest of our life,” he joked to his wife. “I should’ve given this a bit more thought.”

She smirked at him before flipping him off. They kissed in the final image.

Shake raised worries to several individuals after seeing Deepti in person if their physical chemistry was strong enough. He insisted, though, that they still had a deep relationship.

Shake danced down the aisle to the beat of a drum as the ceremony began. He was dressed in a traditional Indian outfit of gold and crimson.

“I hope you realize how much you mean to me and how big of an influence you’ve had on my life,” she said Shake at the altar. “However, I am unable to marry you.”

Deepti said, as her parents smiled, “I deserve someone who knows for sure.” So I’m going to choose myself and say ‘no.'”

“Yo, this is a celebration,” Shake said awkwardly to the audience as she walked away. That is the final thing I will say.”

Shake, on the other hand, had more to say. He told a gathering of wedding guests, “It was probably for the best.”

“Thank God I didn’t have to say anything,” he added. Very honest – I was the one who was on the fence.”

While Deepti was explaining her decision to her mother, Shake stated, “If I had said yes, she would have said yes.”

Shake later confessed that he was looking forward to his dinner reservations.

Deepti and Shake were the only pair who were not shown chatting to each other after the choice was made.

Natalie and Shayne were the one pair who made the most improvement during the season. They overcome a heated dispute in Cancun, Mexico, and ignored Shaina’s remarks questioning the genuineness of their bond.

However, their segment of the finale began with a solemn tone. Natalie, through tears, explained that she was frightened and stressed following a dispute with Shayne the night before.

“It was a pretty horrible one,” she added, “and he said some hurtful things to me.”

Natalie stated that she had inquired about her fiancé’s drinking habits. She didn’t elaborate on his response other than to say, “He just became really, really upset with me.”

She went on to say that she still loved him and considered Shayne to be her best friend.

Shayne came, and he, too, was tight-lipped about the argument. “Ideally, we both say ‘yes,'” he remarked, referring to the impending ceremony.

Natalie hardly smiled as she approached the altar. “I simply want you to know that I love you,” Shayne said as he began his vows. I have a thousand times. You’re my closest buddy, and there’s no one else in the world I’d rather do this with.”

Natalie said that she was delighted they traveled together, but she did not want to marry him.

“I’m really sorry,” she said quietly, adding that they had difficulties sorting out.

Natalie recommended they focus on their relationship outside, but Shayne informed her and the camera that he needed time to think about it.

He originally apologized for his statements during their dispute, but then stated that they were reflective of how he felt at the moment.

Salvador Perez and Mallory Perez bond over their Mexican ancestry. Her affections for him are so strong that she declines Jarrette’s offer to join her in the pods.

Sal, on the other hand, states on the wedding day “I am unable to. I simply feel like I need more time.” Mal is considerate. Later, when they chat, she asks whether he wants to pursue a relationship with her. He is receptive to the notion. “Let’s take a break from all of this and speak,” he offers. “I believe we should go on a date next.”

Did they actually go on the date? Their social media pages don’t provide much information. They still follow each other on Instagram, but they haven’t liked any of their recent postings.

Jarrette Jones and Iyanna McNeely are a height mismatch, but they share a desire to start a family.

Iyanna is concerned that she is Jarrette’s second option after he proposed to Mallory in the pods. She’s also concerned that he’s still living the single man’s life, partying till the early hours of the morning. Jarrette, on the other hand, is convinced that he is ready to settle down.

He demonstrates his words by saying “I do” at the altar. Iyanna is a yes as well. They marry, leap over a broom, and dance to celebrate.

And so what happened? Did they live happily ever after? That isn’t really obvious. They follow each other on Instagram but haven’t commented on one other’s recent postings.

In Love Is Blind 2, where are the weddings?

As previously said, this round’s competitors were headquartered in Chicago, thus it comes as no surprise that their nuptials were also held in the city. The Ravisloe Country Club and its sister property, the La Banque Hotel in Homewood, Chicago, hosted some of the most spectacular weddings in the show’s history.