Joey Defrancesco, the munificent Jazz Organist, saxophonist, and trumpeter of America died on...
HomeEntertainmentSonic The Hedgehog... 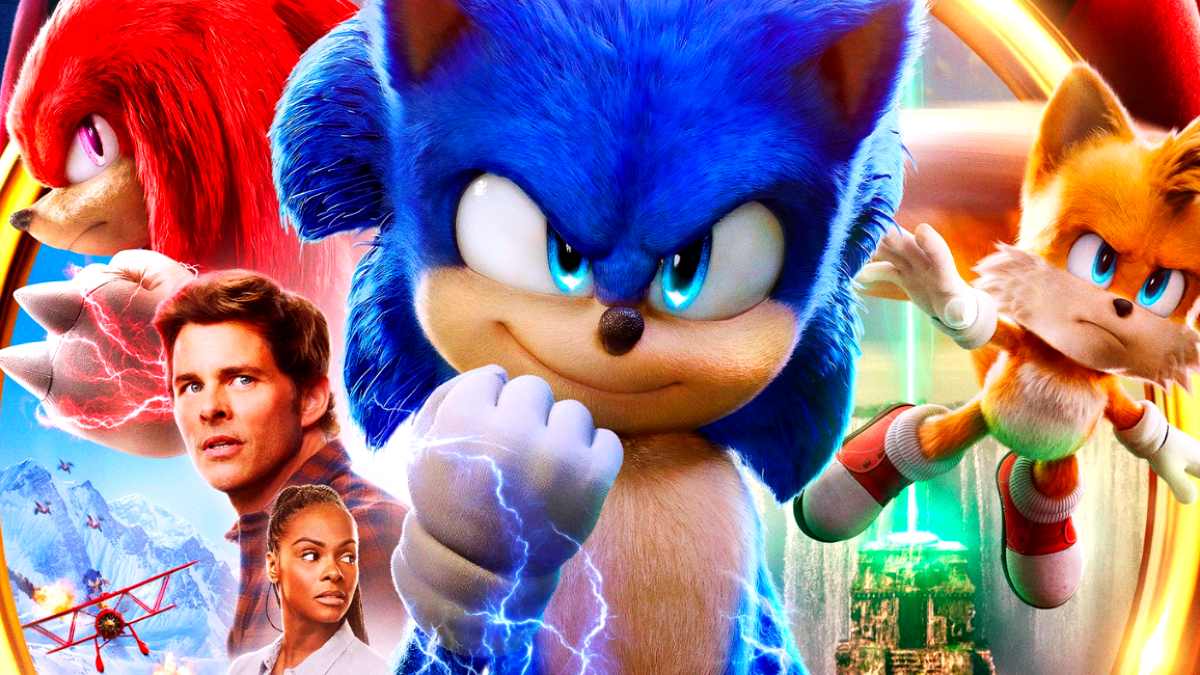 Sonic the Hedgehog 2 is a forthcoming adventure comedy film directed by Jeff Fowler and written by Pat Casey, Josh Miller, and John Whittington that is based on Sega’s video game series and is the sequel to Sonic the Hedgehog (2020). It stars Ben Schwartz, who returns as Sonic’s voice, as well as James Marsden, Tika Sumpter, Natasha Rothwell, Adam Pally, Shemar Moore, Idris Elba, and Jim Carrey. It is the second installment in the Sonic the Hedgehog film franchise. Sonic (voiced by Schwartz) and Tails (voiced by Colleen O’Shaughnessey) strive to stop Doctor Eggman (Carrey) and Knuckles the Echidna (voiced by Elba) from locating Master Emerald.

Sonic the Hedgehog 2 will be released in theaters in the United States on April 8, 2022, by Paramount Pictures in collaboration with the Sega Sammy Group. In February 2022, Paramount announced that a third film and a spin-off series centered on Knuckles were in the works.

Sonic returns with his pal Tails in this sequel to the unexpected ‘Sonic the Hedgehog’ film from 2020.

It’s difficult to imagine with all of the outrages that the Sonic the Hedgehog movie sparked with its first design of the famous character, but the 2020 film achieved a rare feat: it was both a financial and (moderate) critical success. Sonic the Hedgehog 2 is one of the most anticipated movies for early 2022, owing to this and the addition of additional popular Sonic characters.

Sonic the Hedgehog is, of course, based on SEGA’s iconic video game franchise from the 1990s about a super-fast hedgehog that gathers rings and seeks to defeat the wicked Dr. Robotnik. In addition to video games, the character has featured in a number of animated TV episodes, but Sonic the Hedgehog, released in 2020, was the first live-action film to use the character.

Here’s all we know about the upcoming sequel, simply dubbed Sonic the Hedgehog 2.

The Release Date for ‘Sonic the Hedgehog 2’

The Cast of ‘Sonic the Hedgehog 2’

Colleen O’Shaughnessey (Spirited Away, Danny Phantom) and Idris Elba are also new additions to the cast. Tails will be spoken by O’Shaughnessey (she gave the voice in the character’s brief debut in Sonic the Hedgehog), while Knuckles, another iconic character from the Sonic franchise, will be voiced by Elba.

According to Variety, Paramount Plus is producing an original series based on Knuckles, for which Elba will continue to supply the voice.

Natasha Rothwell and Shemar Moore round out the cast.

The Storyline of ‘Sonic the Hedgehog 2’

Sonic is returning for another adventure after his previous journey, which saw him revealed on Earth, develop friends with Tom, face up against him, and finally send Dr. Robotnik to another world.

Trailer for ‘Sonic the Hedgehog 2’

Sonic has returned, and he has a few new friends/enemies to hang out with. On December 9, the first Sonic the Hedgehog 2 trailer was published. It features Sonic’s first encounters with Tails and Knuckles, as well as the reappearance of Jim Carey’s Dr. Robotnik.

Take a look at the Sonic the Hedgehog 2 below.

“Sonic is determined to prove he has what it takes to be a genuine hero after living in Green Hills. Dr. Robotnik returns, this time accompanied by a new accomplice, Knuckles, in quest of an emerald with the potential to destroy civilizations. Sonic pairs up with his own sidekick, Tails, and sets off on a globe-trotting adventure to recover the emerald before it falls into the wrong hands.”

‘Sonic the Hedgehog 2’: How to Watch

Sonic the Hedgehog 2 will almost certainly make its digital premiere on the Paramount Plus streaming service. There is no indication of a release date, yet Paramount provided exclusive early screenings for films such as A Quiet Place Part II and Snake Eyes on Paramount Plus in 2021.

Sonic the Hedgehog may also be viewed on Paramount Plus.