Joey Defrancesco, the munificent Jazz Organist, saxophonist, and trumpeter of America died on...
HomeEntertainmentSpider-Man: No Way... 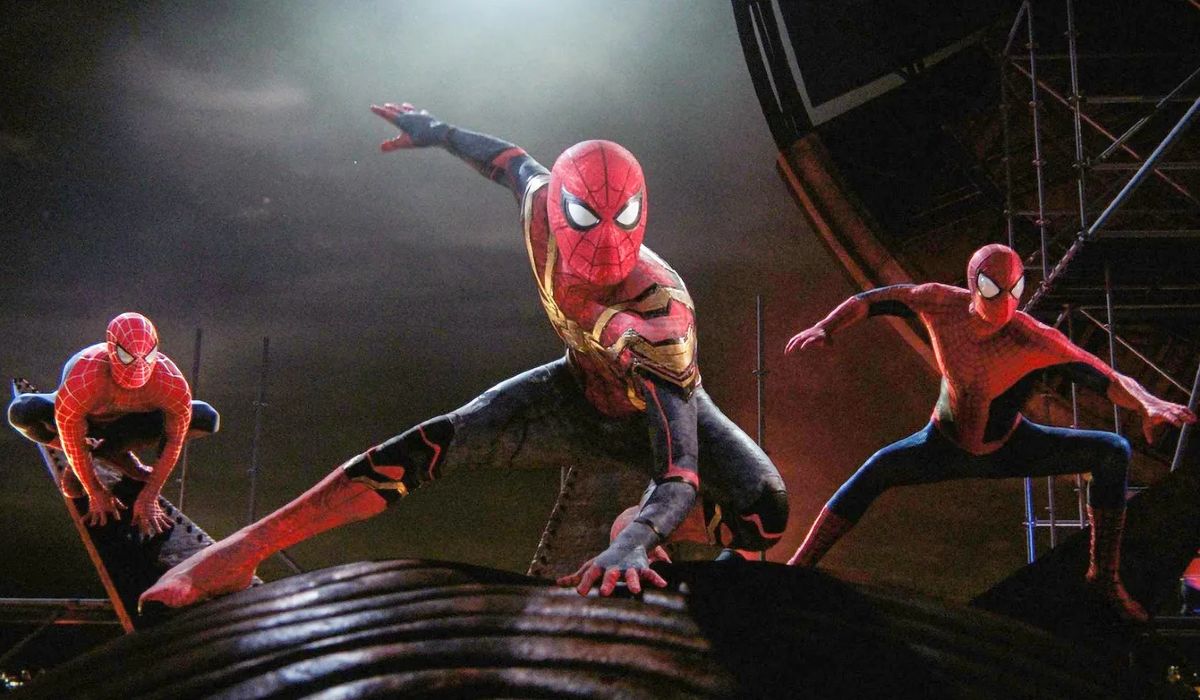 Spider-Man: No Way Home is a 2021 American superhero film based on the Marvel Comics character Spider-Man. It is co-produced by Columbia Pictures and Marvel Studios and is released by Sony Pictures Releasing. It is the 27th film in the Marvel Cinematic Universe and the sequel to Spider-Man: Homecoming (2017) and Spider-Man: Far From Home (2019). 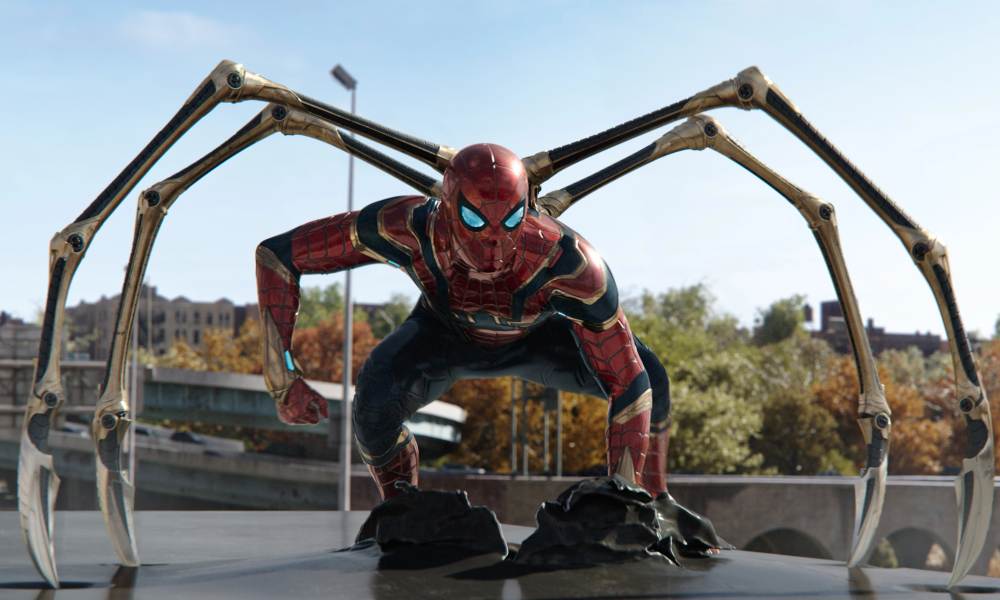 In the film, Parker begs Dr. Stephen Strange (Cumberbatch) to use magic to conceal his identity as Spider-Man once more after it was revealed at the conclusion of Far From Home. When the enchantment fails, the multiverse is shattered, allowing guests from other realities to invade Parker’s realm.

During the development of Homecoming in 2017, a third MCU Spider-Man film was planned. Negotiations between Sony and Marvel Studios to change their arrangement, under which they co-produce Spider-Man films, ended in August 2019, with Marvel Studios quitting the project, but a negative fan reaction led to a new deal between the companies a month later.

Watts, McKenna, Sommers, and Holland were planning to return, and filming took place in New York City and Atlanta from October 2020 to March 2021. No Way Home stars various actors who have previously played Spider-Man in non-MCU films directed by Sam Raimi and Marc Webb, including former Spider-Man actors Tobey Maguire and Andrew Garfield.

Despite Sony, Marvel, and the cast’s efforts to keep their involvement hidden, both actors’ involvement was the topic of widespread speculation and multiple leaks. Spider-Man: No Way Home debuted on December 13, 2021, at the Fox Village Theatre in Los Angeles, and was distributed theatrically in the United States on December 17, as part of the MCU’s Phase Four.

The film earned great reviews from critics, who appreciated the script, directing, action sequences, performances, and chemistry of the actors. No Way Home has made over $1.8 billion worldwide, surpassing its predecessor as Sony Pictures’ highest-grossing picture.

The film is now showing in cinemas throughout the world, but fans agree that they are eagerly awaiting its home media release. The digital and home release date for Spider-Man: No Way Home has been set — and it’s not far away.

The Twitter account of the official Spider-Man: No Way Home revealed that the film will be digitally available on March 22 and on 4K UHD, Blu-ray, and DVD on April 12.

After Quentin Beck frames Peter Parker for murder and reveals his identity as Spider-Man, the Department of Damage Control interrogates Parker, his girlfriend MJ, best friend Ned Leeds, and aunt May. Parker’s charges are dismissed thanks to the efforts of lawyer Matt Murdock, but the organization is plagued by the unfavorable press.

After Parker, MJ, and Ned’s MIT applications are denied, Parker heads to the New York Sanctum to seek assistance from Stephen Strange. Strange creates a spell to make everyone forget Parker is Spider-Man, but it is tainted when Parker continually demands changes to allow his loved ones to preserve their memories. Strange possesses the spell that will halt it and forces Parker to leave.

Otto Octavius attacks Parker as he attempts to persuade an MIT official to review MJ and Ned’s applications. Octavius removes Parker’s nanotechnology from his Iron Spider suit, causing it to link with his mechanical tentacles and letting Parker deactivate them. Strange teleports Parker back to the Sanctum and confines Octavius in a cell next to Curt Connors as Norman Osborn comes and assaults.

Strange says that the flawed spell drew people from other realms who knew Spider-identity Man’s before he was able to control it. He directs Parker, MJ, and Ned to seek and apprehend them; they successfully locate and apprehend Max Dillon and Flint Marko.

Osborn regains control of himself after being separated from his Green Goblin identity. He travels to the F.E.A.S.T. headquarters, where May consoles him before Parker comes to get him. Osborn, Octavius, and Dillon learn they were removed from their realities moments before their deaths while recounting their struggles with Spider-Man.

Formalized paraphrase Strange plans to reverse the confined spell and return the villains to their separate realms, but Parker believes that they should first heal the villains’ abilities and insanity in order to prevent their deaths upon their return. Parker steals the spell, confines Strange in the Mirror Dimension, and leads the villains to Happy Hogan’s apartment with the help of May.

He heals Octavius, but Osborn’s Goblin persona takes over and persuades the uncured villains to betray Parker. As Dillon, Marko, and Connors flee, the Goblin injures May gravely. May reminds Parker before she dies that “with tremendous power comes enormous responsibility.”

Ned realizes that he can use Strange’s sling ring to construct portals, which he and MJ use to try to find Parker. Instead, they discover alternative copies of Parker from the villains’ realities, who were also called by Strange’s spell and are known as “Peter-Two” and “Peter-Three.” The party encounters this universe’s Parker, dubbed “Peter-One,” who is ready to give up and send the enemies packing.

The alternative Parkers tell their experiences of losing loved ones and inspire Peter-One to fight in May’s name, while the three Parkers work on villain cures. Dillon, Marko, and Connors are enticed to the Statue of Liberty by the gang. While Octavius comes to help heal Dillon, Peter-One and Peter-Two cure Connors and Marko, and Ned uses a gateway to liberate Strange from the Mirror Dimension.

The Goblin comes and casts the confined magic, attracting additional individuals from other universes. Strange tries to keep them at bay, while a furious Peter-One seeks to murder the Goblin. Peter Two intervenes, and Peter Three assists. Peter-One administers his treatment to the Goblin, restoring Osborn’s sanity.

Peter-One concludes that the only way to defend the multiverse is for Strange to delete himself from everyone’s memory, and he asks Strange to do so, assuring MJ and Ned that he will find them again. The spell is cast, and everyone returns to their home universes, even Eddie Brock, who leaves a symbiote fragment behind.

Parker returns to MJ and Ned two weeks later to reintroduce himself, but he declines. He had a discussion with Hogan while weeping at May’s grave and is motivated to continue, constructing a new costume and restarting his vigilantism.

Spider-Man: No Way Home: Where To Watch?

“Spider-Man: No Way Home” will be available on-demand beginning March 22. Pre-order the film today for $20 from streaming services including Vudu and Amazon Prime Video.