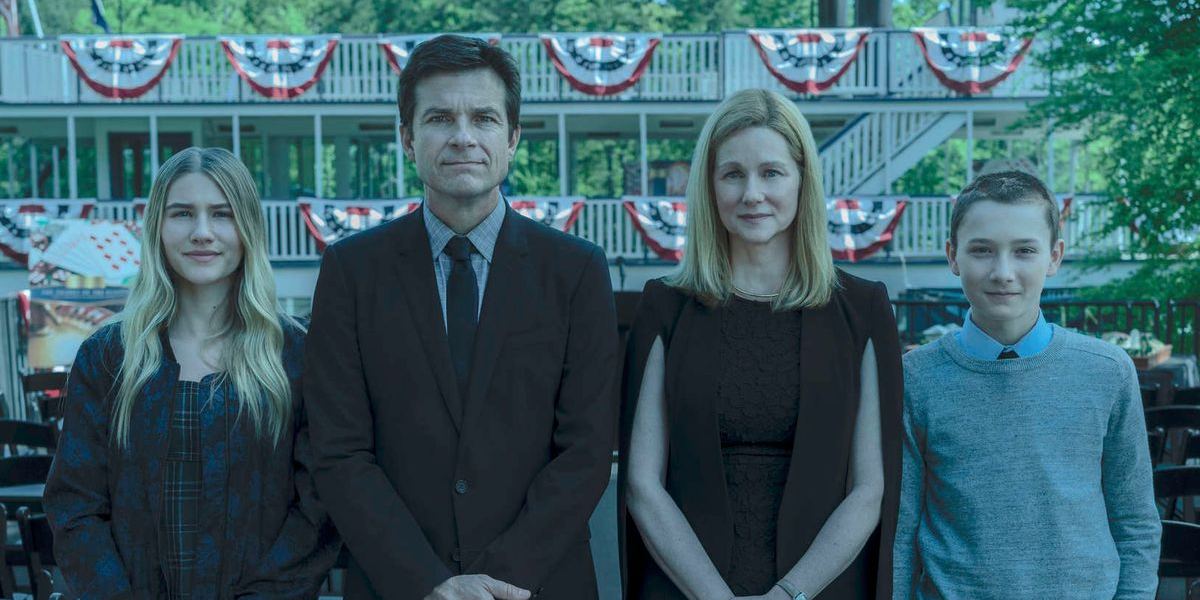 Ozark is a Netflix original criminal drama series written by Bill Dubuque and Mark Williams and produced by MRC. Marty and Wendy Byrde, a married couple who relocate their family to the Lake of the Ozarks for money laundering, are portrayed by Jason Bateman and Laura Linney in the series.

The series Ozark Season 4 was renewed and the final season was in June 2020, which would consist of fourteen episodes split into two parts, the first of which was published on January 21, 2022, and the second is set to be released on April 29, 2022.

Everything you need to know about Ozark season four, part two, is right here.

Ozark Season 4 was published on January 21, 2022. It is the show’s final season. Unlike the previous seasons, which each featured ten episodes, the fourth season includes fourteen episodes and is divided into two halves.

Ozark Season 4, Part 1 picks up where Season 3 left off, with the brutal murder of lawyer Helen Pierce (Janet McTeer) in front of Marty (Jason Bateman) and his wife Wendy (Laura Linney). It’s not long until Marty and Wendy are trying to negotiate a deal with the drug kingpin himself, Navarro, for their liberation, which also entails arranging a harsh deal between Navarro and the FBI.

The last and final season is divided into two sections. The Byrde family is compelled to deal with Omar Navarro and his whims, no matter how absurd they appear. They collaborate with the FBI to reach an agreement.

The Ozark season 4 has been divided into two, with 14 episodes scheduled to complete in 2022. Ozark Season 4 Part 1 consists of seven episodes, with the next seven episodes set to air in April.

Chris Mundy, the showrunner, recently addressed the choice to divide up Season 4. According to The Wrap, he stated: “We always believed five [seasons] was a safe bet. We didn’t want to repeat ourselves, and we didn’t want the program to seem like it was going because it was a TV show that had to continue.

“So the question has always been whether it should be four or five seasons. And then Netflix came up with the brilliant notion of saying, ‘We’ll do four, but we’ll make it lengthy and divide it this way,’ and it felt just right.”

So now we have to wait.

The main Ozark Season 4 Part 2 cast members have all returned for the final season.

Jason Bateman will return as Martin “Marty” Byrde, with Laura Linney as his wife and collaborator Wendy Byrde. In addition, Sofia Hublitz and Skylar Gaertner will reprise their roles as Charlotte and Jonah Byrde in forthcoming episodes.

Julia Garner will also return as Ruth Langmore in the upcoming episode, and she will be out for vengeance. In the meantime, Jessica Frances Dukes will reprise her role as FBI forensic accountant Maya Miller, who apprehended cartel lord Omar Navarro at the end of Part 1.

Felix Solis will also return as Navarro, who is planning his own release from jail.

Finally, Adam Rothenberg will return as private investigator Mel Sattem, but will he realize that Ben Davis was not responsible for Helen Pierce’s death and the Byrdes connection? Darlene Snell (Lisa Emery) and Wyatt Langmore (Charlie Tahan), who was brutally killed by Javier at the end of Part 1 and prompted Ruth to seek vengeance, will not be returning.

Let’s revisit the moderately frightening conclusion (briefly, we swear). After the FBI backs down on its agreement with Omar Navarro, Agent Miller goes rogue and captures him. Wendy and Marty Byrde persuade an understandably irritated Omar to accept the same agreement he did with the FBI, which would result in his extradition back to Mexico.

Following this, we watch Javi drive straight to the Langmore-Snell home and murder Wyatt and Darlene. Ruth arrives at their house, witnesses the devastation, and confronts the Byrdes. Jonah, our favorite rebellious youngster, informs Ruth that Javi most certainly murdered her relative.

Which sends her storming away—presumably on her way to locate Javi. So! Ruth v. Javi is the key conflict for Ozark’s final episodes. We’ll watch Ruth struggle to cope with her cousin’s loss, care for baby Zeke, and, you know, kill Javi. Every time, we put our money on Ruth.

What about the Byrdes? We’d say they’ll be right in the center of it all, wheeling and dealing as they have for the past four seasons. But first, let’s speak about the vehicle catastrophe that ruined whatever predictions you might have made.

The entire Byrde family is seen traveling on the highway in the first scene of the season’s first episode. Life is wonderful! Apparently, With the Blue Cat and the casino in fine form, it appears that they are on the verge of returning to Chicago. The automobile then crashes.

Ozark season 4 Part One refuses to disclose whether the Byrde family lived or perished, thus we never see what happened to them. Is this the Byrdes’ Sopranos moment, and we’ll never find out what happens? We certainly hope not.

Our best prediction is that the accident will take place about halfway through Part Two, with one of the Byrdes not making it out alive. In all of this, there remains one more jigsaw piece to be placed. What about the Navarro crime syndicate?

Ozark appears to have one more character to introduce: Javi’s mother. The Hollywood Reporter reported in June 2021 that Veronica Falcón would join the cast in a significant role. Camila might be going through one of two things.

One possibility is that she will be strongly loyal to her son, finally figuring out (and foiling) Omar’s ploy. Or two, she recognizes that Javi isn’t the ideal choice to run the cartel, prompting her to join forces with Omar when he returns to Mexico.

Maybe there’s a third option: Camila triumphs against Javi, Omar, and whoever is left standing in the Ozarks by the end of the film, sitting on the throne. After all, this is Ozark.