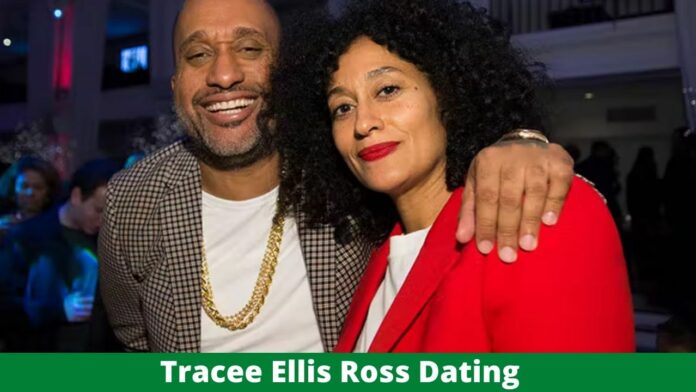 Who is Tracee Ellis Ross is dating now? We’re all familiar with Tracee Ellis Ross and the smash ABC shows Black-ish. Tracee, an American actor, is also a singer, a television host, a producer, and a director. She has recorded original songs for The High Note and even launched her own hair care line as a multi-talented celebrity. She is a really skilled actress who has received several honors. She is the recipient of three NAACP Image Awards and a Golden Globe Award for Best Actress. She has gone a long way in her career, having been nominated for two Critic’s Choice Television Awards and five Primetime Emmy Awards.

With so many triumphs under her belt, there is no denying that Ross shows no signs of slowing down. Moreover, despite her outstanding contributions to the business over the previous two decades, she has been outspoken about her political views and the industry’s racism. In contrast, she has remained tight-lipped about her personal life, or more specifically, her love life. This, however, has not dampened the enthusiasm of her enquiring followers. They are usually eager to learn whatever they can about their favorite celebrities’ dating life. If you’ve been wondering who Tracee Ellis Ross is dating, you’ve come to the right place. Here’s all we know.

Tracee Ellis Ross broke into the profession in 1996 with her debut film Far Harbor. She played the character of a Jewish/African American woman, but her work was not acknowledged. Tracee understood that if she was to establish her worth, she needed to play in the big leagues. Her major break came with the CW series Girlfriends. Ross landed her first significant starring role as Joan Carol Clayton, an accomplished lawyer, on the big screen. Once that, after her work earned critical acclaim, she continued to work for television. In addition, she got the main role in ABC’s comedy Black-ish in 2014. Her role as Dr. Rainbow gained her a lot of attention and popularity.

Tracee was born and raised in Los Angeles, California, and comes from a family of actresses and artists. Her mother, Diana Ross, was a Motown singer/actress, and her father, Robert Ellis Silberstein, is a music business manager. Tracee Ellis Ross responds to the subject of who her inspiration is by saying that she is always inspired by her mother, Dina Ross. She enjoys recreating flashback images of her mother and frequently posts photos of her famous mother on social media. Tracee previously had a connection with Breakfast Club actor Abou “Bu” Thiam, although the specifics are unknown.

Tracee Ellis Ross is single and not dating anybody as of 2021. Tracee thinks that her personal life is a holy event for her and that it is not for public consumption. Tracee was born into a family that was seldom off-screen, and as a result, she has evolved into a person who loves herself the most. While she values her privacy, rumors about who she may be associated with have circulated. And the whispering campaign claims she is involved with Kenya Barris. Kenya Barris is the creator of the American comedy Black-ish, in which Tracee plays Dr. Rainbow Johnson.

Kenya and his wife, Dr. Rainbow Barris, divorced last year, prompting the dating speculations. It’s worth noting that Tracee’s persona was influenced by Kenya’s wife. When it comes to her dating life, Tracee has always been tight-lipped. These reports have been around for months, and neither has verified anything. With a prominent name like her, it’s nearly hard to keep her private life hidden from the media’s prying eyes. Nonetheless, it appears that Tracee has a specific formula for keeping them at bay since she has not only managed to keep her present existence away from the chatter, but her previous relationships are also unknown.