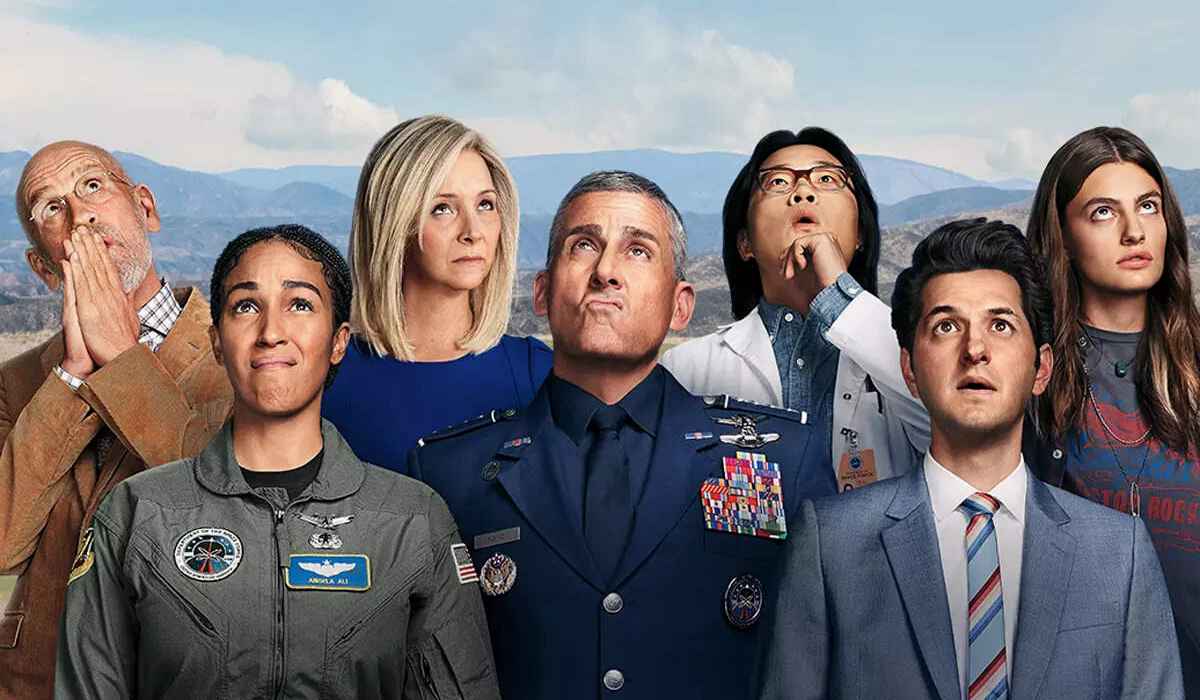 SPACE FORCE, the American workplace comedy series, was created by Greg Daniels and Steve Carell for Netflix. It focuses on a group of people tasked with developing the United States Space Force, the sixth branch of the United States Armed Forces. Steve Carell, John Malkovich, Ben Schwartz, Diana Silvers, Lisa Kudrow, Tawny Newsome, and Jimmy O. Yang star in it. On May 29, 2020, it was released on Netflix with mixed reviews. It was renewed for a second season in November 2020, with the launch date set for February 18, 2022.

Everything you need to know about whether the story will be continued with the third season or not.

Will there be a Space Force Season 3?

At this time, there is no word on whether or not Space Force season 3 will be released on Netflix. But that shouldn’t be a source of concern for fans who are already excited to see what Naird and the rest of the organization have in store for them. For context, Season 1 of Space Force premiered in May 2020, but it wasn’t officially renewed for a second season until November of the same year.

In any case, the streaming behemoth rarely greenlights a brand new season immediately after a new one premieres, which makes sense; the viewership of Netflix’s projects, as well as their overall performance, play a role in this decision. Given this, the potential release date of Space Force season 3 will be determined by whether or not the show is renewed. If it does, it won’t be available until at least 2024.

How is Space Force doing on Netflix?

As previously indicated, a third-season renewal will be determined by viewership.

We can get a sense of how well the series is performing through various approaches, but we won’t have a complete picture until about the middle of March. Season 1 had 40 million members in its first month, but unfortunately, we won’t have a comparable statistic for this season.

Instead, we’ll have hourly statistics that we can subsequently compare to other comedies. The first batch of hourly data is expected to be accessible on February 22nd, 2022.

According to FlixPatrol’s top 10 data, the series did not get off to the best of starts around the world. In the United States, the series debuted at number 5 in the TV top ten on its first and second days on the service. It was defeated by films such as Inventing Anna, Love is Blind, Sweet Magnolias, and The Cuphead Show!

It is naturally popular in places like the United States and Canada, but it has also fared well in places like Australia, several Eastern European countries, and the Nordic countries.

What can we expect from Season 3 of Space Force?

By the end of Season 2, we find most of the characters in the same situation they were in at the start of the season.

The majority of the protagonists have chosen to remain in the Space Force, having earned salary raises and the future of the branch of the military ensured.

Season 2, of course, concludes on a cliffhanger in the form of a large asteroid speeding towards Earth (yep, the exact narrative of Netflix’s Don’t Look Up). The asteroid was discovered by the entire crew as a result of the Hawaiin telescope being online.

When the astronauts, scientists, and generals finally recognize the approaching asteroid and accept their impending destiny, they break out into song (performing Kokomo by The Beach Boys), a throwback to season 1.

In short, there are a lot of questions yet to be answered and the fans are thus thriving for a third season ever since.

Who may appear in Space Force Season 3?

If and when a hypothetical season 3 is greenlit, the key cast members are likely to return to their respective roles. Supporting cast members Lisa Kudrow (Maggie Naird), Noah Emmerich (General Kick Grabaston), Diedrich Bader (General Rongley), Jane Lynch (Chief of Naval Operations), and others are likely to make cameo appearances in season 3.

What could be the plot of Space Force Season 3?

Season 2 concludes with the titular agency just surviving its four-month probation period and emerging triumphant. Captain Angela is promoted to Major and decides to stay in the Space Force, while Erin contemplates working for the Department of Forestry. All dreams of a calm and reconciliatory season-ending are crushed when the team discovers a big asteroid on its approach to Earth in the last seconds of season 2. Team Space Force breaks into song, crooning breathlessly about fleeing to exotic beaches because they are afraid and don’t know what to do.

According to early indications, the next third season will almost certainly begin with General Naird and his staff contending with the massive asteroid heading toward Earth, which looks to be the most difficult hurdle the new agency has faced thus far. The General’s questionable military advice, as well as Dr. Adrian Mallory’s bizarre explosions, are almost expected to resume in the series’ third season. Angela and Dr. Chan’s blossoming romance may ultimately take off, and we may even see some sparks fly between them if and when Season 3 of ‘Space Force’ is published in the coming months.