Normal People Season 2: Has Hulu Renewed or Cancelled The Season? 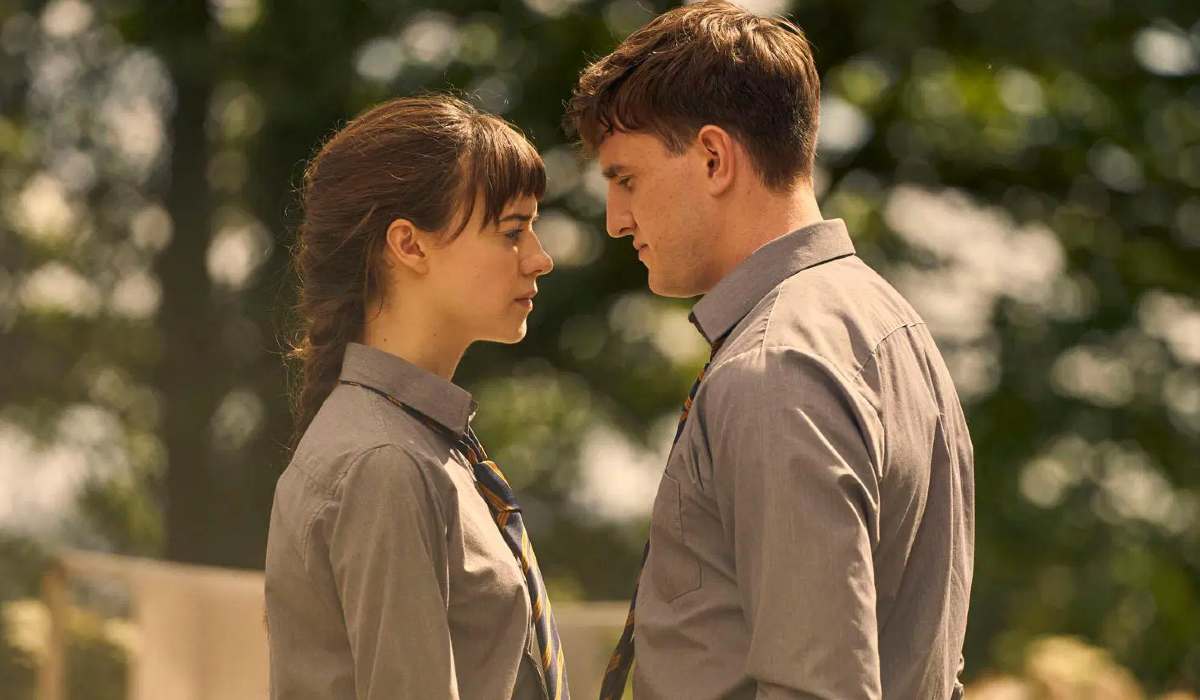 Normal People is an Irish romantic psychological drama television series created by Element Pictures in collaboration with Screen Ireland for BBC Three and Hulu. It is based on Sally Rooney’s 2018 novel of the same name. Marianne Sheridan (Daisy Edgar-Jones) and Connell Waldron (Paul Mescal) traverse adulthood from their final days of secondary school to their college years at Trinity College in the series. Rooney and Alice Birch wrote the majority of the series, which was directed by Lenny Abrahamson and Hettie Macdonald.

On April 26, 2020, the series premiered on BBC Three in the United Kingdom, followed by weekly airings on BBC One. On April 28, 2020, it will be broadcast on RTÉ One in Ireland. The series was released in its entirety on Hulu in the United States on April 29, 2020. The series has gained critical acclaim, with praise for the acting, directing, writing, aesthetics, and depiction of mature themes. The series was nominated for four Primetime Emmy Awards, including Outstanding Lead Actor for Mescal and Outstanding Directing for Abrahamson.

The show’s plot is based on Sally Rooney’s best-selling novel of the same name, and it has gotten positive reviews. Critics have praised the show for its performances, writing, and direction, while lovers of the source material appreciate how faithful the screen adaptation is to the intricacies of the sourcebook. Marianne and Connell’s lives are just getting started, and there is so much more we want to know about them. But will there be another season to accommodate us? Let’s take a look at everything we know about Season 2 of ‘Normal People.’

Will there be a Normal People Season 2?

Season 2 is unlikely to happen, so don’t hold your breath. Despite its positive reception and hopeful run of four Emmy Award nominations, the show’s Hulu spokeswoman reiterated in March 2021 that the love drama was always planned to be a limited series. The fact that the on-screen story concludes where the book does merely reinforces this point, while it does not make the show’s conclusion definitive.

After all, executive producer Lenny Abrahamson stated in July 2020 that he wouldn’t mind checking in with the characters. Meanwhile, executive producer Ed Guiney hinted that a “variant” of the show could be explored in the future. Furthermore, author Sally Rooney stated that if everything goes well, she wouldn’t mind revisiting the characters in five years to find out what happened to them and where they are.

So, if the program survives its first season, it won’t be the first time a limited series has been stretched. ‘Thirteen Reasons Why,’ on Netflix, and ‘The Sinner,’ on USA Network, were both expanded after being conceived as limited series. If that occurs, we may get another season, but not anytime soon. With that in mind, we can anticipate the release of ‘Normal People’ Season 2 around 2023 or later.

Aside from the possibility of a future renewal, there is good news for those looking for a show to fill the ‘Normal People’ shaped hole in their hearts. The team behind the beloved show is currently working on another project based on Rooney’s debut novel, ‘Conversations With Friends,’ which has been labeled the “cousin” of the former. Hopefully, it will keep us entertained until the showrunners decide to release another chapter of Marianne and Connell’s enchanting story.

However, to date, Hulu has not officially made any announcement regarding the second season of Normal People.

Who Could Be in the Normal People Season 2 Cast?

If the show’s second season is renewed, Edgar-Jones and Paul Mescal will be back to reprise their roles as Marianne Sheridan and Connell Waldron. However, this will only be possible if both of the actors are available for the series production. Edgar-Jones is now working on a film adaptation of the best-selling novel Where the Crawdads Sing, among other projects.

While Mescal is preparing to perform a role in The Lost Daughter alongside notable actors such as Olivia Colman and Dakota Johnson. According to reliable sources, some other prior actors may also return in Season 2 of Normal People. If the season is released after a long period of time, some new actors may appear. As a result, there are numerous possibilities for the upcoming season. According to current reports, the stars who might appear in season 2 include —

What could be the plot of Normal People Season 2?

Season 1 ends with Connell and Marianne’s friendship improving as the former assists the latter in dealing with her abusive brother, Alan. Later, Connell receives an opportunity to study in New York, and the season finale concludes with the couple musing on their relationship’s uncertain future.

We expect to see Connell and Marianne a few years later, in a completely different chapter of their lives, in a potential season 2. It is very likely that the prospective season 2 will begin with them apart and then explore how they rekindle their love. Depending on how much time has passed, the hypothetical sophomore edition could even find them married (to other people) and with their own children. However, this is theoretical, and only time will tell if we see more of Connell and Marianne.

How many episodes will there be in Season 2 of Normal People?