Joey Defrancesco, the munificent Jazz Organist, saxophonist, and trumpeter of America died on...
HomeEntertainmentAre You The...

Are You The One Season 3: How to Watch and Where Is The Season 3 Cast Now? 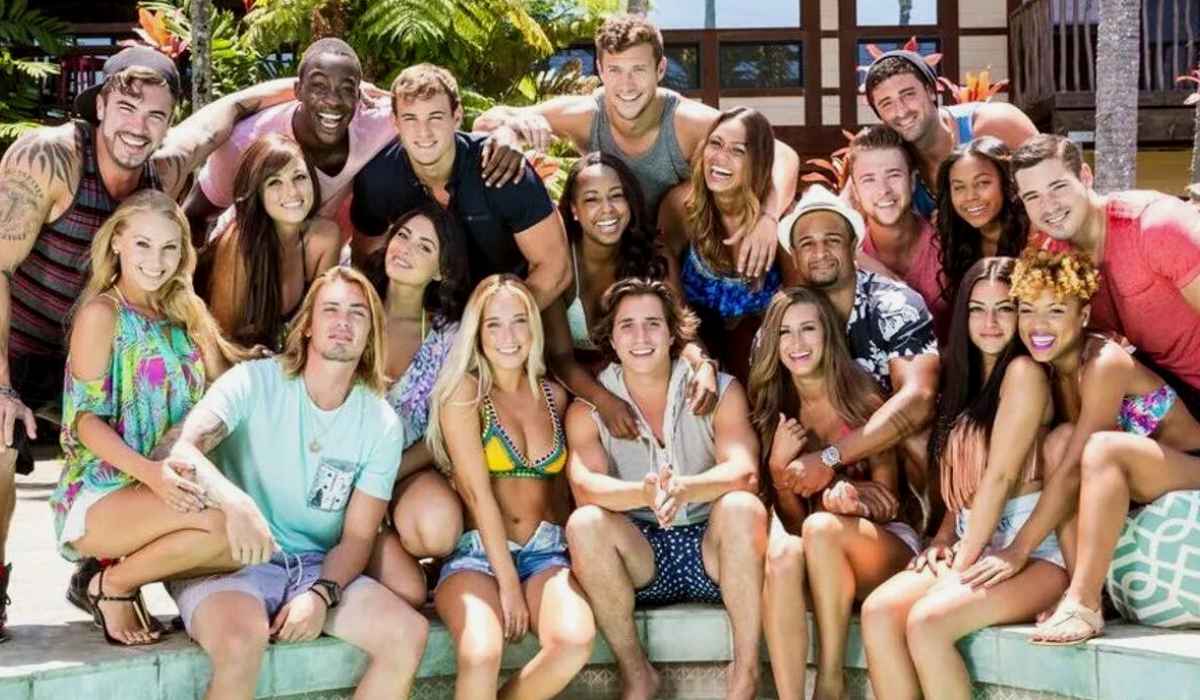 Are You the One?, abbreviated as AYTO?, is an American reality television series on MTV that follows young singles as they search for love. Producers use a matching algorithm to surreptitiously link a group of men and women into couples. The participants then strive to identify all of these “perfect matches” while living together. If they are successful, the entire group will get a prize of up to $1 million. In the first seven seasons, all couples were male-female, but in the eighth season, a contestant’s match might be of any gender. Are You The One Season 3 premiered on September 24, 2015

Throughout each season, the candidates go on dates with partners decided via contests (or, in the seventh season only, by the “fate button”), and have the option to learn if a specific couple is a good fit in the “truth booth.” When the truth booth verifies a perfect match, the couple goes to the honeymoon room and is immediately matched up for the rest of the match ceremonies. The participants are paired up in a “matching ceremony” at the conclusion of each show and learn how many perfect matches they have, but not which matches are correct. From season 3 onwards, the reward was halved if the house was unable to identify any matches other than those previously confirmed by the truth booth.

About The show Are You The One

The eighth season premiered on MTV on June 26, 2019. This season was the first to have openly LGBT and sexually fluid participants, and the choice was hailed with great praise.

‘Are You The One?’ adds an unusual twist to dating reality programmes by pairing the candidates together using a matchmaking algorithm. However, the candidates are kept in the dark about the pairings while they interact with each other and go on dates. 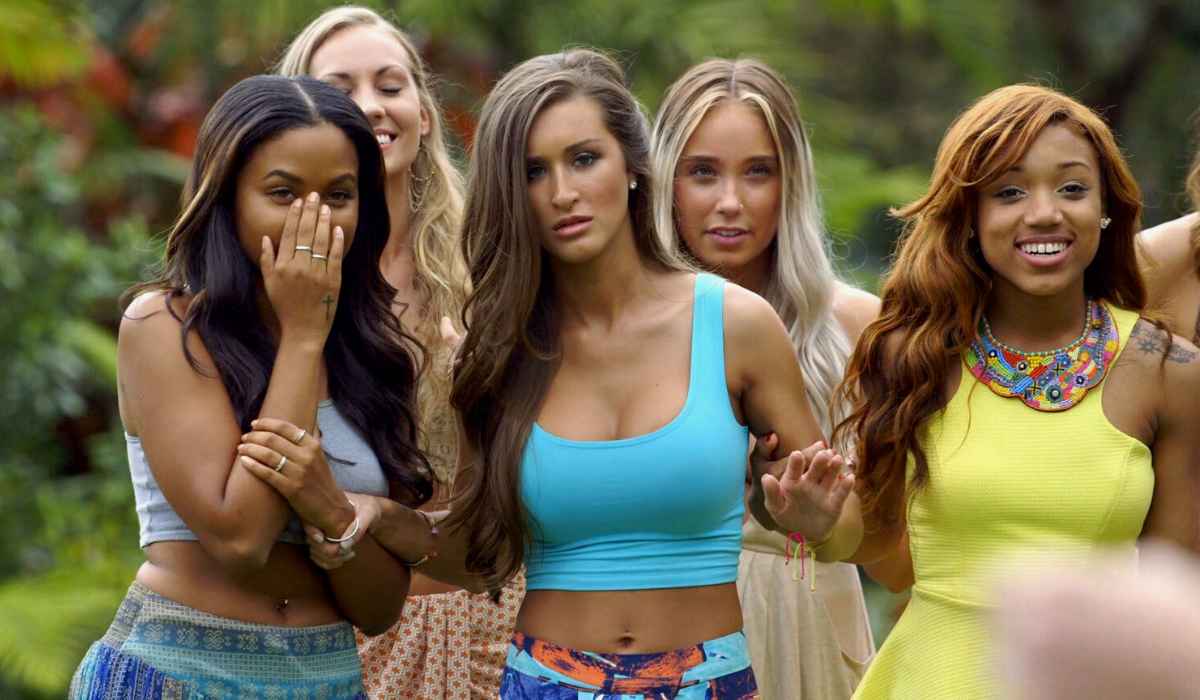 They are eventually entrusted with identifying their perfect partners, but each incorrect estimate diminishes the overall reward money. Fans want to know where their favourite reality stars end up after shooting, as they do with most reality shows.

So, let’s take a peek at where the cast of ‘Are You The One?’ season 3 is right now!

Although Connor and Chelsey discovered they were a wonderful match in episode 5 of season 3 of ‘Are You The One?’ they opted not to stay together after shooting since their relationship did not work out. However, the breakup was peaceful since both insisted on leaving as best friends and that the entire experience was worthwhile because it gave them a relationship for life.

Connor appears to be leading a fitness class and owning a top-of-the-line training facility at the moment. In addition, he has a thriving modelling career. Chelsey, on the other hand, likes to keep her personal life private and has made her social media pages private. She is said to be a University of Central Florida alumnus who now lives in Arlington, Virginia.

On week ten of the season, Zak and Kayla discovered they were a great fit thanks to the Truth Booth. However, the two were unable to establish a solid foundation, and hence a romantic connection was ruled out. Furthermore, Zak was gradually developing feelings for Hannah Rathbun, and the two decided to begin dating after the show wrapped.

According to sources, after participating in season 3 of ‘Are You The One?’ Zak and Hannah moved in together in Los Angeles and had a wonderful life as an influential couple. They created countless videos for YouTube and Vine, and they also enjoyed travelling across the world.

During Zak and Hannah’s relationship, their social media profiles were filled with sweet moments. However, the joyful days did not endure, and the couple decided to divorce in 2018. Despite the fact that Zak appears to favour seclusion, here is what we can tell you.

He is a business owner and co-founder of the video gaming app Gamelancer. He also presents the ‘Expensive Taste Podcast’ and is associated with the apparel line Sugo Sunday. Kayla, on the other hand, makes a career as a model and even has her own swimsuit line, Swim Candy, which will be released shortly. She seemed to be in a lovely relationship with her fiance, Marcus Aurelius.

What Has Happened to the Rest of the Cast?

Despite the fact that Alec Gonzalez did not meet his perfect match, Amanda Garcia, while on the programme, the two opted to continue their relationship after the show ended. Nonetheless, the distance between them wrecked their chances, and the couple has since parted ways. Alec now lives life on his own terms and enjoys travelling. Amanda, on the other hand, had a tumultuous love life. In January 2020, she proposed to her partner, Ray Reinhardt, and they welcomed their first child in February 2020. However, the couple divorced a few months later after Ray reportedly cheated on Amanda.

Nelson Thomas, meanwhile, appeared on numerous seasons of ‘The Challenge’ before becoming a fitness teacher and YouTube star. He currently owns the apparel company Level Up Clothing. Melanie Velez, a fitness teacher, has gone to YouTube to promote her material since the season 3 shooting concluded. Fans will also be intrigued to learn that she attempted, but failed, to resume her romance with Chuck Mowery following filming.

Britni Thornton afterwards dated her ‘The Challenge’ co-star Brad Fiorenza before splitting up in 2018. Devin Walker-Molaghan, on the other hand, returned to participate in ‘Are You the One?: Second Chances’ alongside Rashida, and both won a large financial award.

Mike Crescenzo, appears to have developed a clothing business and a fitness supplement brand. And cast members such as Hannah Rathbun, Kiki Cooper, and Stacey Gurnevich interact with fans on various social media platforms, albeit they don’t divulge much about their personal lives. Tyler Johnson, on the other hand, appears to have vanished completely. His present whereabouts are unknown because he is not active on social media.

Seasons 1 and 2 of AYTO will be available to stream on Netflix on December 1, 2020, and season 3 will be accessible on CBS All Access as well as Amazon Prime Video. In terms of where everyone ended up after the third season aired, several of the stars pursued new interests, developing loves, and jobs away from the program.

While some of season 3’s prominent personalities, such as Austin Sheets, Hunter Barfield, and Cheyenne Floyd, have welcomed children, others, such as Zak Longo and Nelson Thomas, have become businesses.

Furthermore, numerous AYTO season 3 cast members have found their way into the casts of other reality series. Britni Thornton, for example, recently joined The Challenge: Vendettas, while Devin Walker-Molaghan has starred on Ex on the Beach and The Challenge: Double Agent.

Not only was the AYTO’s third season full of interesting characters, but some of them have gone on to achieve some very notable achievements.