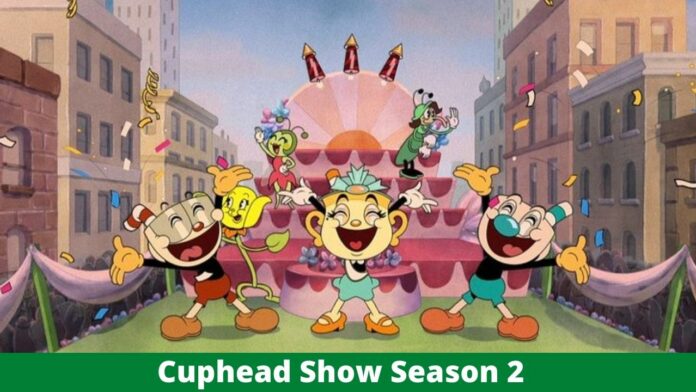 After a lengthy wait, the first season of The Cuphead Show is now available, and fans are looking forward to Season 2. Here’s all we know so far about the show’s renewal.

Finally, the first season of The Cuphead Show is now available on Netflix. The animated show is as well-liked by fans as its game, which debuted in 2017. The show’s high IMDB rating of 9.5/10 attests to its greatness. The fact that the series is kid-friendly adds to its popularity.

The first season was great, and it stayed true to the game’s original style with its low-key animation. Season 1’s only flaw was that it ended far too soon. Everyone is now wondering if The Cuphead Show will return for a second season.

When do we get to watch The Cuphead Show Season 2?

Season 1 of The Cuphead Show was published on February 18, 2022. Even before the first season was released, it was reported that the series would be renewed for a second and third season by Netflix. It has been revealed that the three seasons will contain a total of 48 episodes. In terms of a specific release date, The Cuphead Show Season 2 might arrive anytime soon. Since season 2 is undoubtedly in the works, we may anticipate that it will be released shortly, even though no date has been set. The release date will be established as soon as the producers begin filming for the new season.

What could be the story of Season 2 of The Cuphead Show?

The Cuphead Show’s plot centers around two siblings. Cuphead is the impulsive sibling, whereas Mugman is the cautious one. Cuphead has a habit of luring the unsuspecting Mugman into mischief. Elder Kettle, their guardian, lives with the brothers. Cuphead’s acts of rebellion are frequently used as a means of escaping their cranky carer. Each episode focuses on one of these lads’ lives. The show is a lighthearted and entertaining series to watch. It warms my heart to see the lads performing chores while attempting to get into mischief. The first episode begins with Cuphead urging his sibling to abandon the chores and instead go to the carnival. Mugman, as is his wont, does not agree right away. However, he eventually caves in due to his brother’s coaxing.

The animated show is similar to one of the cartoons we all grew up watching. Because the characters are children, their experiences are both amusing and relevant. The show is similar to the children’s cartoon comedy Phineas and Ferb. Like in that show, the heroes in this one are constantly planning to get new experiences.

Do the brothers get away with their misbehavior? Or are they apprehended? Only by watching the series will viewers be able to answer these questions. Because the sitcom presents different storylines every day, there is enough material for future seasons. Despite the fact that it is an animated series, older viewers will enjoy it as well. It transports them down memory lane. Cuphead gets in trouble for his mischievous tendencies throughout the episodes. It’s fascinating to see how the adventurous and reckless Cuphead and his cautious and devoted sibling, Mugman, deal with their lives.

Characters from The Cuphead Show Season 2