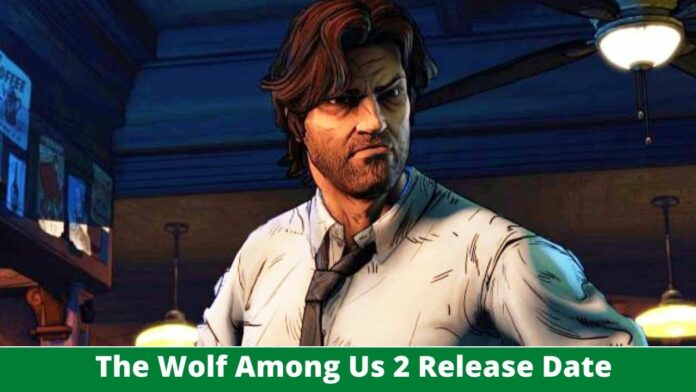 Bigby and the Fables gang will make a long-awaited return in Telltale Games’ planned sequel to 2013’s The Wolf Among Us.

When Telltale Games relaunched in 2019, it announced the return of The Wolf Among Us, but there have been few updates on the project in the years since. The first game, based on Bill Willingham’s Fables comic series, was released in five episodes between 2013 and 2014. It acted as a precursor to Fables, with players controlling Bigby Wolf (a.k.a. the Big Bad Wolf), the sheriff of Fabletown, a hidden New York enclave inhabited by fairytale characters. Bigby was followed throughout the novel as he investigated inexplicable deaths in Fabletown, a village that had previously been quite safe for a long time.

What Is the Story of The Wolf Among Us 2?

There aren’t many specifics concerning The Wolf Among Us 2’s plot. It is still a precursor to Fables, but this time it takes place in the winter of 1980. (six months after the events of season one). The trailer shows Bigby being quizzed about ‘the night of the tragedy’ by persons from the outside world. On that night, we see violence break out amongst what appear to be characters from The Wizard of Oz, which leads to Bigby morphing into his wolf form. According to Telltale’s Darren Gladstone, “As Bigby, you take on a case that transcends the normal – Mundie – world, torn between who you’re going to help.” So far, the trailers have indicated that Bigby would need to delve into his monstrous side – the half of himself that he has sought to overcome and leave in the past – implying an even darker plot for this game.

Prior to Telltale’s collapse in 2018, there were plans for a Wolf Among Us sequel, but no plans to resolve the previous game’s cliffhanger conclusion, which was inspired by the noir films it took influence from. However, when the studio closed, that version of the sequel was canceled. Following the rebirth of Telltale by LCG Entertainment and the following announcement of The Wolf Among Us 2, it was stated that the new sequel would be created from scratch rather than using the previous concepts. It’s uncertain whether the game will address the ending of its predecessor or keep it open-ended as originally intended.

When Is The Wolf Among Us 2 Coming Out?

The latest trailer confirms that The Wolf Among Us 2 will be released in 2023, but no exact date has been set. We know that the game is in full production as of the end of 2021, that its narrative has been finalized, and that motion capture is now being worked on.

Aside from that, it has been revealed that The Wolf Among Us 2 would be released in episodic form, similar to the previous game and other Telltale releases. Each episode of The Wolf Among Us was created independently, resulting in a lengthy delay between the release of the first and second episodes. The Wolf Among Us 2 episodes, on the other hand, are being developed concurrently, so the wait between them should be shorter and more regular this time.

The Trailer for The Wolf Among Us 2

The Wolf Among Us 2’s first in-engine trailer has been published, and it provides some light on what gamers may expect from the game. The teaser seamlessly transitions between the gloomy and funny, indicating that the highly anticipated sequel would keep the original game’s acclaimed flair.