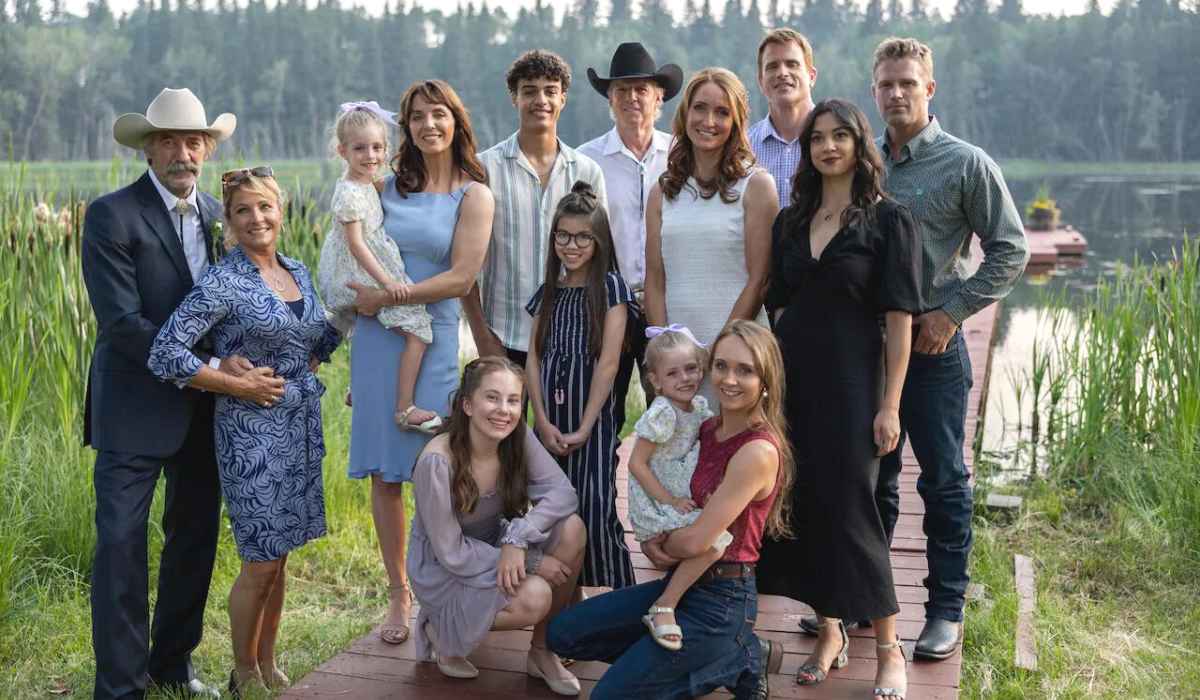 Heartland is undeniably one of the things that Americans adore about Canada. The pleasant family drama has been on the air for about 15 years, since 2007, but its popularity remains high. Heartland’s fifteenth season just finished in December 2021. And fans are already wondering where Heartland Season 16 is. So, let us go through everything there is to know about the sixteenth season.

Heartland is a Canadian family drama series that premiered on CBC on October 14, 2007. The drama series is based on Lauren Brooke’s bestselling novel series of the same name, which follows the Fleming family, who own and operate the ranch ‘Heartland’ in Alberta, Canada. Over the course of its fifteen-season run, Murray Shostak’s series has received excellent fan reviews and critical accolades. With the debut of the longest-running TV series in Canada on Netflix, it charmed its way into the hearts of a global audience.

Will There Be a Season 16 of Heartland?

Heartland’s fifteenth season premiered on the CBC network on October 17, 2021. And, as far as Heartland Season 16 is concerned, there has been no formal confirmation of the series’ renewal. However, given that the last season ended only a month ago, this should not be a surprise to fans. Season 15 was already revealed roughly three months after the release of Heartland Season 14.

Viewers are also aware that the show is one of the most popular on CBC. As a result, they will have the official word on Heartland Season 16 in a short period of time.

Is There a Release Date for Season 16 of Heartland?

While a release date for Season 16 is difficult to predict, we can look to prior seasons for guidance. Heartland Season 15 was confirmed by CBC just over two months after Season 14 concluded in Canada.

The final episode of Season 15, “Leaving a Legacy,” was released on December 19, 2021, which suggests the news could be released by the spring of the following year.

A new season’s preparations, filming, and post-production typically takes six months. With that in mind, Season 16 may arrive on our screens as early as September 2022. This is, of course, the best-case scenario, and we cannot guarantee that CBC will make the announcement so quickly or favorably.

Season 16 is unlikely to see significant changes to the Heartland cast. After losing Ty and Spartan, the program couldn’t afford to lose another key character so quickly.

What Can We Expect From Season 16 of Heartland?

Graham Wardle’s stint on the show has come to an end, it was revealed. The show, though, still has a lot to offer. Let’s make some educated guesses on what will happen in Heartland Season 16. Anyone who paid careful attention to the previous season’s storyline will notice various hints about the upcoming season.

In the previous season, we saw a young and handsome farrier encourage Amy to “take the blinders off” when it came to her personal life. This could be a sign that Amy is ready to move on following Ty’s death. In Heartland Season 16, she may become romantically involved with someone.

Furthermore, it appears that characters such as Lyndy, Katie, and Parker will have more screen time in the upcoming season. The forthcoming season may center on Katie and Parker’s love lives. At the same time, Lyndy may play a larger part in the future of Heartland. Viewers may also see Georgie return in the next season, bringing her one step closer to realizing her dream of representing her country in the Olympics.

Quinn and Georgie may also take their relationship to the next level. We do know that Heartland season scripts are written two years in advance. So, while the story for the sixteenth and seventeenth seasons may be finished, the showrunner is keeping things under wraps in order to keep the buzz for Heartland Season 16 going.

Fans of Heartland were taken aback when Ty actor Graham Wardle chose to leave the show with Bob to join Mongolia. Wardle decided to leave Heartland for Mongolia pretty early in the tenth season. As a result, fans were left wondering when Ty would return from Mongolia for the remainder of the season, if at all.

Ty returned to Canadian soil in Heartland Season 10, Episode 17. But when he returned, he wasn’t the same. Ty returned sick and fought for his life throughout the episode. Many fans feared Ty would die on the show as a result of this. Ty, on the other hand, was able to survive and his health returned.

Graham Wardle, on the other hand, does not appear to be featured in the episode. He has decided to leave the show for good. Amber Marshall, who plays Amy Fleming on the show, told the Calgary Herald in a recent interview that the 32-year-old actor called her approximately two years ago to tell her he was quitting the show.

Graham Wardle wanted to tell Marshal about his choice before telling anyone else, according to Marshal. The two became great friends throughout their time on the show. Wardle had told her that he wanted to explore and look into other possibilities, she added. Ty had left Heartland, according to Marshall, since he needed some time off at the time.

Anne Heche Autopsy Result: Was She High At The...