Big Sky Season 2: When Will ABC Premiere The Second Half? 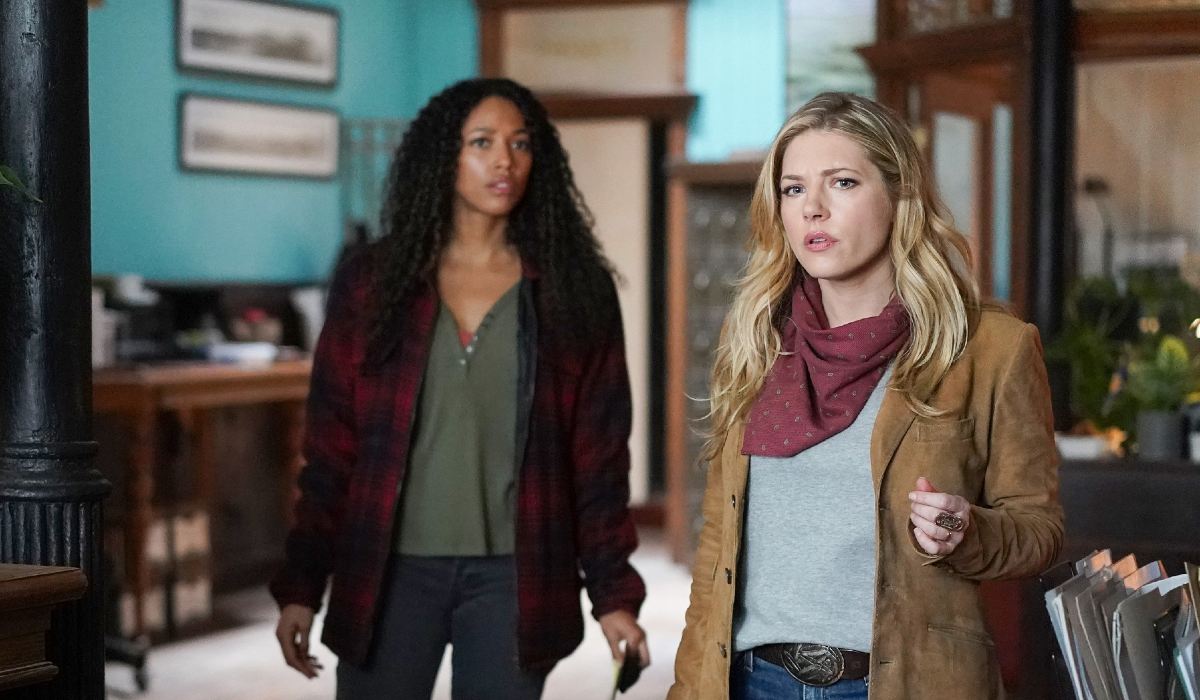 Big Sky’s launch last year was a smash for ABC, and the show was promptly renewed for a second season. The twisting crime thriller follows two private detectives as they solve crimes in the small town of Big Sky, Montana, based on characters from C.J. Box’s The Highway. 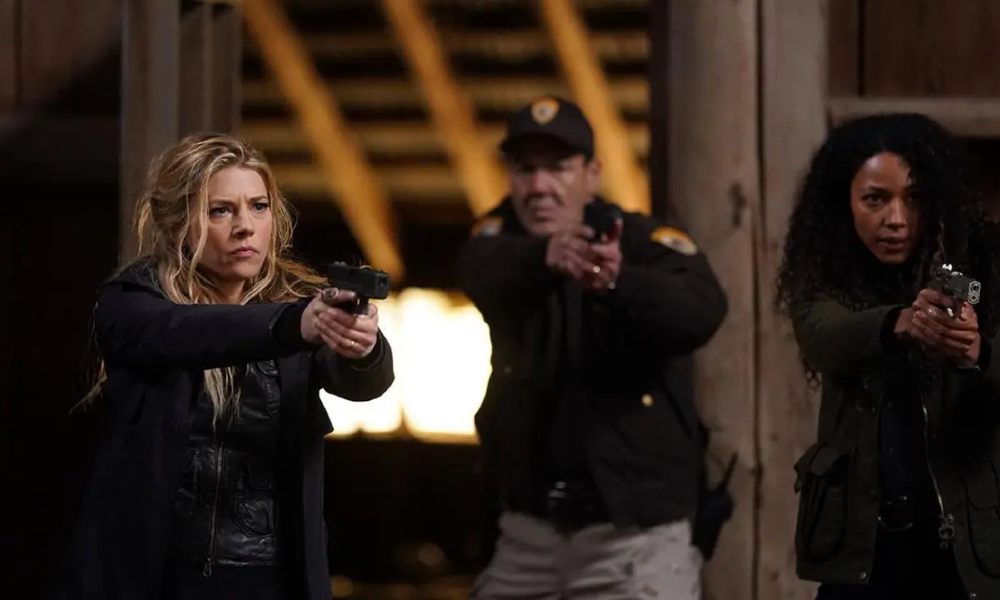 Here’s all we know so far about Big Sky Season 2.

The Big Sky season 2 release date to ABC on Thursday, 24 February 2022 at 10 p.m. ET with the second half of season 2. Cassie is on the hunt for her father’s assassin, while Ronald is still looking for ways to get away from Wolf Legarski.

● Although a couple of stories (the missing sisters and The Kleinsasser clan) were closed up in the first season of Big Sky, as well as some season 1 regulars being murdered, fans can be certain that the core group will be returning in the second half as well.

● Kylie Bunbury as (Cassie Dewell) is a private detective in the little town of Big Sky and one of C.J.  Box’s main characters. Cassie Dewrll first works with Cody Hoyt (Ryan Phillipe), but after he goes missing and is subsequently found murdered, Cassie and Jenny create a type of alliance. Kylie Bunbury previously starred in Pitch, a Fox TV series about the first female pitcher in Major League Baseball.

● Katheryn Winnick as (Jenny Hoyt) is a former police investigator who, at the start of the series, is estranged from her husband, Cody Hoyt. When her son’s girlfriend and sister, as well as Cody, go missing, mom and Cassie team together to investigate. In the second half of the first season, she becomes embroiled in a case after her ex, Blake Kleinsasser, contacts her for assistance. Katheryn  Winnick is a Canadian actress who previously appeared in the main casts of Vikings and Wu Assassins before joining the cast of Big Sky.

● John Carroll Lynch is coming back to Big Sky! In an unexpected twist (as is customary for the show), ABC announced at their Big Sky presentation at TCA (Television Critics Association) that John Carroll Lynch would return for Big Sky Season 2. When Parade.com asked if any additional actors or characters from the first season will be returning for season two, Lynch made a surprise appearance during the virtual discussion.

As you may recall, Lynch’s character, Rick Legarski, died at the hands of his wife, Merrillee, last season (Brooke Smith). It is unknown whether the actor will return to the show as a different character or as Legarski in flashback scenes. It was revealed last season that Legarski has a twin. Maybe Lynch will play Rick’s brother!

● Denise works as the detective agency’s receptionist. Pfeiffer is the sister-in-law of David. E. Kelley, the creator, and producer of Big Sky.

● Ronald is a long-distance truck driver who assists state trooper Rick Legarski in the kidnapping and trafficking of young women for the Syndicate. He has fled capture and is on the run with Scarlet at the end of the first season (Anja Savcic).

● Jesse James Keitel (Jerrie Kennedy) Jerrie is a struggling singer who finds herself performing tricks at a nearby truck stop and unintentionally enters Ronald pergman’s cab. Ronald kidnaps her and holds her captive, but after she and the sisters are found and released, Jerrie assists Cassie and Jenny (and later Lindor) with their investigations and eventually finds Ronald again. In season 2, Keitel will go from a series regular to a recurring role.

● Keitel was the first nonbinary actor to be cast as a series regular on a network television show. Keitler employs the pronouns she/her and they/them.

● Lindor (Omar Metwally) is a U.S. Marshal who arrives in Big Sky to assist in the apprehension of Ronald Pergman. Though the fate of the US Marshal is unknown at the end of season one, Metwally has been promoted to series regular for season two, thus we believe Lindor will survive any life-threatening injuries he got in the finale’s gunfight.

● Metwally previously appeared on The Affair and Treadstone

● Scarlet Leyendecker’s character, Anja Savcic, has been promoted from recurring to a regular cast member for season 2. We can’t wait to see more of her in her role as Phoebe’s adoring mother.

● Janina Gavankar has been added to the season 2 cast. Ren, a newbie to Helena who is looking for answers about who betrayed her, will be played by her.

● Logan Marshall-Green (The O.C., 24, Prometheus) has been appointed as a series regular in Big Sky. Travis, Jenny’s “flirtatious face from Jenny’s past,” will be played by him. Marshall-character Green has been working undercover in a local drug network for so long that the line between the real Travis and his undercover persona is beginning to blur.

In the upcoming season, he and Jenny will cross paths when her inquiry crosses with his covert operations. While the two attempts to keep their connection professional, unresolved feelings from the past continue to surface, jeopardizing both their investigations and their lives.

● The two female Kleinsassers, as the only remaining Kleinsassers from Big Sky season 1, could still wreak havoc on Jenny’s life. Cheyenne even went so far as to bring Jenny cupcakes decorated with a fearsome lioness design. It’s unclear whether this was a gesture of goodwill or a hidden threat. There were numerous possibilities for the plot to continue with the lone Kleinsasser survivors, but for the time being, it appears that the story will be placed on hold.

● Britt Robertson and Michelle Forbes will not be returning for Season 2. Forbes has joined the cast of New Amsterdam, while Robertson is presently filming the indie picture The Re-Education of Molly Singer in the title role.

Throughout Season 1 of “Big Sky,” Cassie and Jenny are on the hunt for the men responsible for a string of abductions throughout Montana, as well as Cody’s death. They may not like one other at first, but they eventually put their differences aside in order to bring some closure to Cody’s life.

Cassie and Jenny have been through a lot together, and while there aren’t any storyline details about where Season 2 might take them, it’s safe to guess they’ll be dealing with another mystery. Big Sky country is a large location with a lot of robbers and murderers prowling about.

The Big Sky Season 2 will most likely see Cassie and Jenny establish themselves as a detective team dedicated to solving murders that the police are unable to solve. Going into Big Sky Season 2, it’s best not to take all “Big Sky” has to offer at face value.

The Big Sky Season 1 had its share of surprises, and there’s no reason to expect Big Sky Season 2 to be any different. It’s crucial to remember what “Big Sky,” writer Maria Sten told Entertainment Weekly, “We’ve established that no one is secure in this universe, and a lot of horrific things happen in the backwoods of Montana.

“So, in that sense, we are extremely thrilled about adding new characters, new narrative lines, and new cases that will pepper the program, spice things up, and throw a wrench in Cassie and Jenny’s day-to-day lives.”