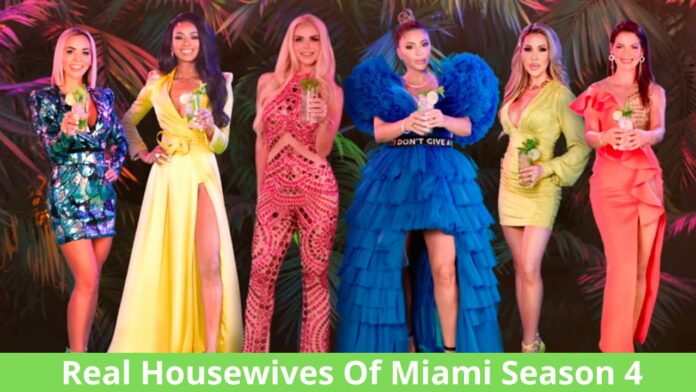 “The Real Housewives of Miami” first aired on Bravo on February 22, 2011, and continued until November 14, 2013. This reality series’ seventh installment focused on women in Miami, Florida (via Bravo TV).

While the show was cancelled, it was given a second shot and will now be available on the Peacock streaming service. “We’ve all been meeting and talking with Peacock, and there are always conversations about different Bravo IPs that could work on Peacock,” Andy Cohen told Variety. “And I was adamant that there is a sizable fan following for Miami Housewives who want it to return. I see what people want on Twitter, and that’s one of those programs that was always there.”

But when will it return? Who will appear in the relaunched series? So far, what is known about “RHOM” Season 4? Continue reading to find out more!

When will ‘The Real Housewives of Miami’ Season 4 be available?

Rumors about another season of “The Real Housewives of Miami” initially surfaced in November 2020, according to Us Weekly, and its return was confirmed in February 2021. (via Entertainment Tonight).

In June of this year, real housewives announced that production had begun and that Season 4 would be available later this year. However, there are reports that it will not return until May 2022. (via MTOnews).

While no official release date has been announced, there have been updates on the filming process. rhom. peacock, in particular, revealed on Twitter that the stars were filming intro looks and cast photos on August 23 and that the new trailer could be released shortly. The account also announced on Instagram that Lisa Hochstein and Marysol Patton were filming confessionals for Season 4 of the show. So, fans may expect to see at least these two veterans on their TVs again.

Who will play who in Season 4?

So far, Adriana de Moura, Alexia Echevarria, Larsa Pippen, Lisa Hochstein, and Marysol Patton have been confirmed to return for Season 4 of “The Real Housewives of Miami” (via Showbiz Cheat Sheet), and there have been reports that Patton will simply be a buddy (via Page Six). Those who had previously appeared on the show, however, had to re-audition, according to Page Six.

According to TMZ, Lea Black and Joanna Krupa said that they would not be returning. Cristy Rice, Ana Quincoces, and Karent Sierra have all been on the show in the past.

There have also been speculations of new housewives such as Orianne Cevey, Paulina Rubio (via Page Six), Kiki Barth, Nicole Martin, Guerdy Abraira, and Julia Lemigova. If Lemigova, a former Miss USSR who is married to tennis player Martina Navratilova, becomes a full-time cast member, she will be the first lesbian to come out and be a part of “RHOM.” (According to Instinct Magazine, Braunwyn-Wyndham-Burke of “RHOC” came out during her second and last season.)

What is ‘Real Housewives of Miami’ Season 4 about?

”Real Housewives of Miami’, like the other ‘Real Housewives’ series, will record the housewives’ opulent lifestyle as they juggle their social duties and family. The show chronicled Alexia Echevarria, Lisa Hochstein, Larsa Pippen, Guerdy Abraira, Dr. Nicole Martin, and Julia Lemigova’s numerous friendships and personal and professional dramas. According to a press release, the next season will begin in September “The Real Housewives of Miami, set against the backdrop of one of the world’s most vibrant and diverse cities, will take fans on a wild ride of red-hot fun and camaraderie – with, of course, no drama to spare. The Miami social scene is on fire after a year of unparalleled times amid a pandemic.”

Where can I get ‘The Real Housewives of Miami’ to watch?