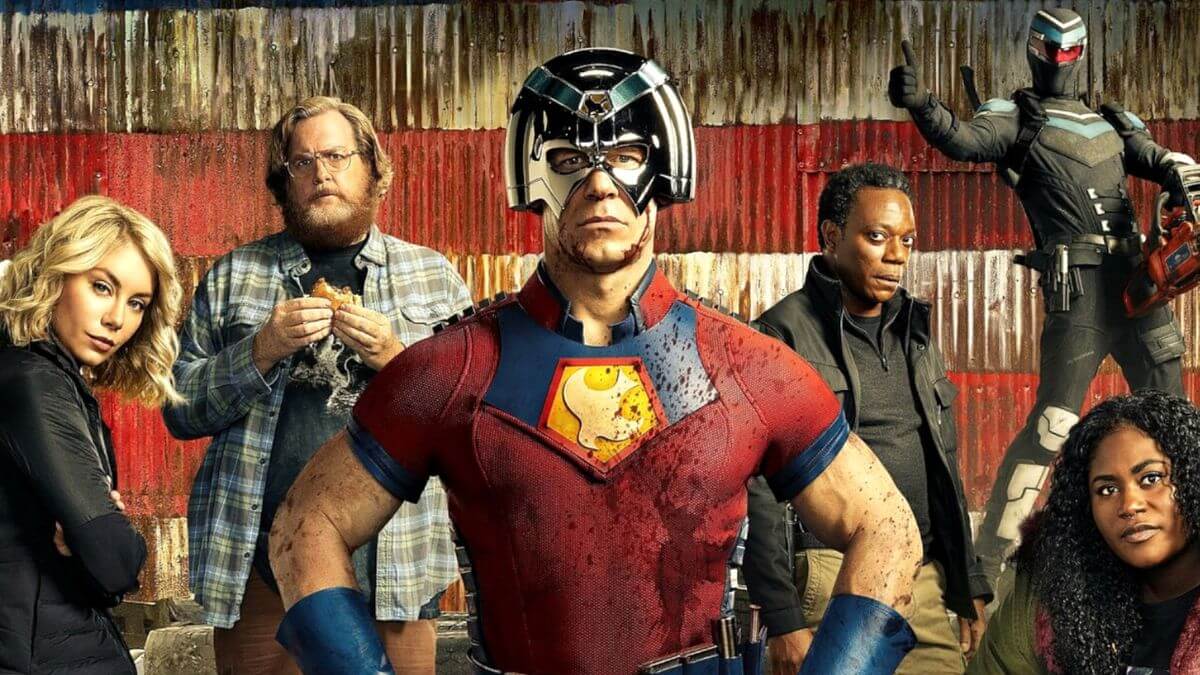 Peacemaker is an American television series based on the DC Comics character Peacemaker that was produced by James Gunn for the streaming service HBO Max. It is the first television series in the DC Extended Universe (DCEU) and a spin-off from the 2021 film, The Suicide Squad. The series follows jingoistic killer Christopher Smith/Peacemaker as he joins “Project Butterfly,” a black ops group that targets parasitic, butterfly-like aliens, after the events of the film. The Safran Company and Troll Court Entertainment are producing the show in collaboration with Warner Bros. Television, with Gunn serving as showrunner.

John Cena reprises his role as the lead character from The Suicide Squad, and the film also stars Danielle Brooks, Freddie Stroma, Chukwudi Iwuji, Jennifer Holland, Steve Agee, and Robert Patrick. Peacemaker was conceptualized by Gunn after noticing Cena’s strength as a dramatic actor while filming The Suicide Squad, and all eight episodes were written while the film was being completed during the COVID-19 pandemic. Peacemaker was ordered straight to series by HBO Max in September 2020, with more casting taking place in the months that followed. Gunn directed five episodes, which were shot in Vancouver, Canada, from January to July 2021.

The first three episodes of Peacemaker were broadcast on HBO Max on January 13, 2022. The remaining episodes of the series were released on a weekly basis till February 17. Cena’s performance, as well as Gunn’s directing and writing, has earned good feedback for the series. In February 2022, a second season was ordered, with Gunn writing and directing all episodes.

Here’s all you need to know about the upcoming Peacemaker 2 cast, narrative, and more!

Is the release date confirmed for Peacemaker Season 2?

James Gunn and John Cena recently used their official Twitter account to announce the series’ renewal, indicating that Peacemaker season 2 would premiere on HBO Max. While the producers hinted at it a while back, they have yet to reveal the Peacemaker season 2 release date.

James Gunn has hinted that the season one finale will be full of massive, top-secret shocks. He refused to let HBO Max send the final episode (Episode 8) to the press or numerous cast members because it was so highly guarded. Peacemaker The title of Episode 8 is “It’s Cow or Never,” and the gang must stop the cow or the butterflies will successfully take their planet. Perhaps the conclusion will shed some light on John Cena’s Christopher Smith and his destiny in the DC Expanded Universe.